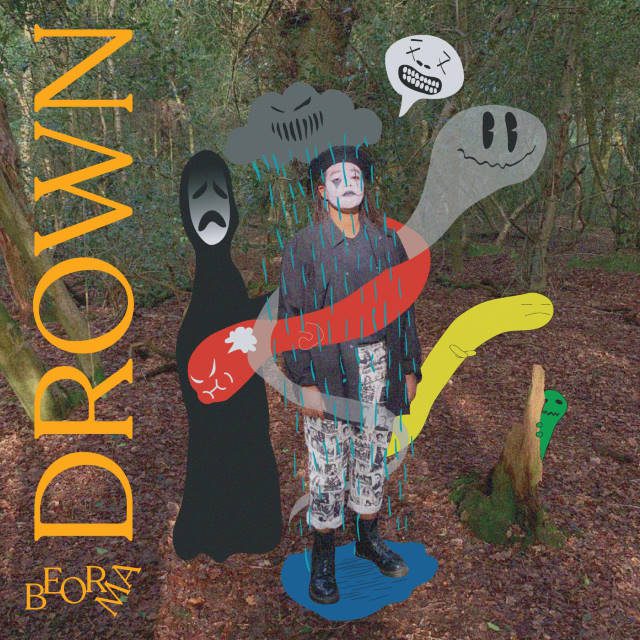 Here`s a thought you probably never entertained: we know more about space than we know about the human brain. We can operate rockets, space stations and send machines to Mars, but we have absolutely no idea where creativity comes from. Or the ability to express our complex emotions in songs. We simply never dedicated enough resources to investigate.

Similarly, we have no means of telling how many people in the UK write and produce their own music. So many decades of censuses, data collections and government snooping… and yet nobody bothered to ask.

We obsess over the top 40, while in a flat next door a song is written this very minute and ten to one that this unheard composition could change your life. If only the industry made minimal effort to help bring it to the surface.

The so called “bedroom music” is not a new phenomenon. It existed on the outskirts of pop culture since time immemorial, occasionally crossing into mainstream, messing with our heads only to revert to the shadows to emerge a decade later under a new moniker. It`s been called primitivism, lo-fi, then trap and dill and now indie electro. In its current reincarnation the bedroom music uses synthesizers, auto tune, vocals ranging from spoken word to ethereal and it’s practiced by incredibly creative kids who break their backs on zero hours contracts.

Birmingham has its fine share of artists in this genre, most noticeably F.F. Ivanovski and a duo named Beorma.

You could describe Beorma as a lockdown project because their music originated from a co-operation during a global pandemic and ideas being exchanged online, but that would be downward unfair as nothing about the duo is simple. Starting with a fact that Tom and Ferns managed to complete seven original songs (their debut EP ‘Virtual Emotionality’), released three singles and found themselves management in just 11 months. That’s more than I have seen from bands signed to a label, and they did that without a budget, agent or even a sympathetic A&R.

‘Virtual Emotionality’ is surprisingly well produced and could be released on a label without major tweaks. But it`s not the technical skills of the band members that won me over. It was their brilliant use of pop melodies to deliver morbid story telling about stalking, self-medication and nervous breakdowns. Take ‘Drown’ – their newest single as an example. If you are not listening carefully, you could take it for an 80s inspired love song. But pay attention and you will realize that Tom and Fearns have crippling anxiety and depression in mind. Beorma may not be the first to use a similar technique to deceive a listener (The Smiths were notorious for it) but they’ve mastered it to perfection. This is
a rare occurrence where you either hear them out – or you miss out. More importantly they have something to communicate about society, the world and the universe inside our own heads.

You see, where scientists fail, artists fill the gaps. And Beorma may not have degrees in neuroscience but they have sharp eyes to make some truly valid observations about our nature, human feelings and our need to express ourselves in one way or another.

I am not sure who is the main lyricist in the duo but there will be a novel or a book of poetry coming from them sometime in the future.

The duo may come across as radio friendly but thematically they are closer to Trent Reznor on ‘Downward Spiral’ than they are to your favourite pop starlets. And this is what makes them so damn interesting.

I have no answers as to why more ambitious, creatively thrilling and self-made acts like Beorma don’t catch the attention of a wider audience. Maybe art that requires engagement will always lose out to the fast food of lad bands that sing about football. But I want to believe that popular culture won`t be driven down to the ground.

There is good music being made out there.

So next time you hear your neighbour play an instrument – knock on their door and ask what they are working on.  I guarantee you will discover better things than all the bands out there that name themselves after a village in the municipality of Zevenaar could ever produce.

Certain – Whatever I Do