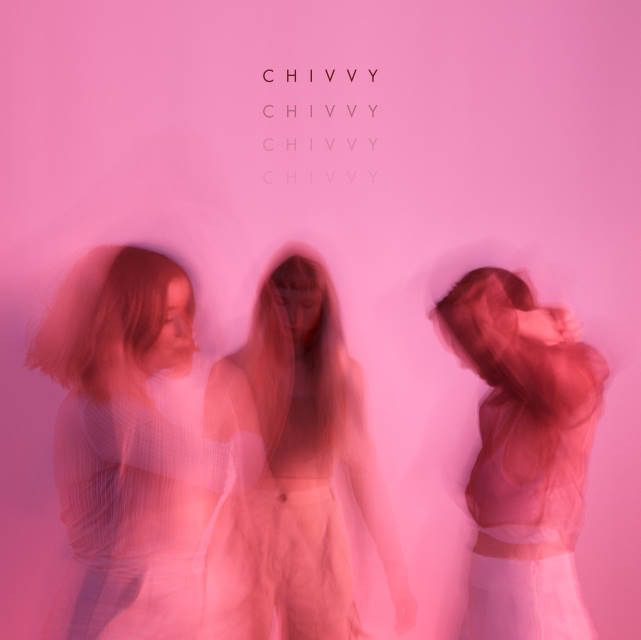 Following their well received singles, ‘Deeper Blue’ and ‘Red Water’, CHIVVY have created a dreamy masterpiece in the form of their self-titled debut album. Released today, it’s the perfect fix for those of you looking for new unapologetically dark, confident and sassy Indie tunes.

The Swedish trio artfully fuses the haunting and vulnerable sounds of dark Indie with heavier, more alternative influences, creating a vast soundscape. The beginnings of their new sound was documented in debut single ‘Red Water’, and I am so pleased to hear this continued further in tracks ‘In Control’, ‘Melatonin’, ‘Coexist’ and ‘React’.

What really stands out about this album is just how catchy each track is, something that’s achieved by effective simplicity in the writing, particularly the lyrics and flowing melodies. I guarantee you’ll be singing along in no time especially to the almost chanted lyrics of ‘React’ and ‘Coexist’.

The balance achieved in every track is stunning, with two guitars, layered vocals and drums it could be easy to create something overwhelming or find each instrument fighting to be heard. However, the careful consideration of every instrument part allows you to pick out everything in the mix, and the trio’s playing style is so tight its sometimes hard to hear the instruments as separate. Both guitars blend seamlessly and the combination of vocals adds to the depth of each song. The drums are controlled but still wonderfully rhythmic and interesting throughout the often quieter verses, then become more simplified and powerful throughout the choruses. This trio seems to collaborate very effectively, listening closely to each other’s parts and weaving each instrument around the others.

The production heard throughout the album is very thoughtful, with luscious sounds from the choice of vocal effects down to the guitars and the precise handling of the drums. Each track explores a wide range of dynamics and emotional responses, highlighted by skilfully doubled vocals and gorgeous harmonies.

My personal favourite tracks are ‘Melatonin’, ‘Horrifying Natural’ and ‘React’. ‘Melatonin’ is a beautiful song from start to finish and in spite of the build up in each chorus, manages to sound delicate throughout. The combination of echoing backing vocals and more emotional cutting main vocals makes the chorus so memorable and the song feel epic. ‘Horrifying Natural’ definitely leans more towards Dark Indie. The repeating phrase “horrifying but natural” that’s makes up the chorus, is delivered by crystal clear vocals that give the song a strong chilling sense. Finally ‘React’ is the last track on the album as well as probably being the most effective. Utilising simple and powerful hook “and I, am waiting, for my, self to react” the song is infectious and I’ve found myself singing this line over and over whilst doing the dishes, making coffee and various other typical daily tasks.

CHIVVY have created a very cohesive album, where each piece flows into the next. It’s the perfect accompaniment to everyday life, beautiful and well thought out, but not something that could overwhelm the senses. Released just in time for spring/summer, this will make a brilliant soundtrack to lazy sunny days lying in the grass and daydreaming.