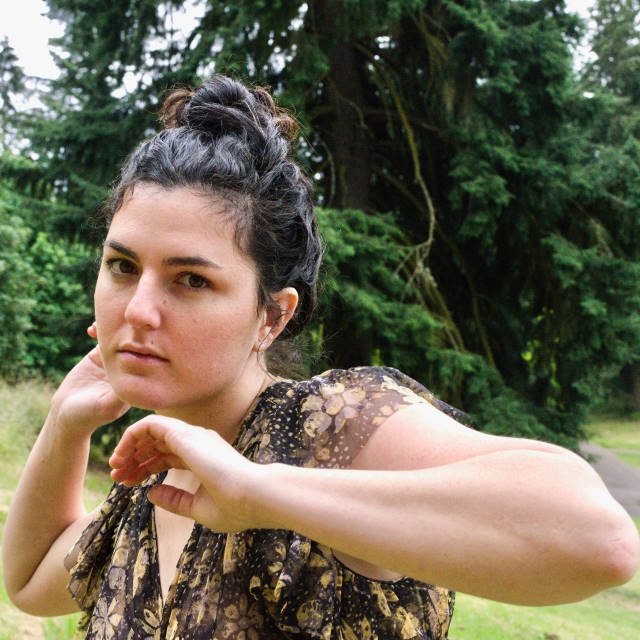 L.A. based artist Golda May (previously just Golda) returns with new single ‘Hear Me Out’. An atmospheric, churchlike song that shines with beauty, both in Golda’s vocals and the music.

If heavenly music conjurs up the image of the sun shining through stained glass windows in to a church, then Golda’s vocals are the angels singing along on this beautifully crafted track. The heartfelt number simply soares, it’s best just to close your eyes and let it take you with it.

Talking about the track Golda had the following to say:

“Sometimes you want to be heard and understood but you don’t have the words yet to communicate your thoughts properly, so you’re speaking in a kind of jumbled long winded sentence with the occasional pause and worry that you’re saying it all wrong. Despite the fact that you’re not speaking poetically or eloquently, it’s important that you’re heard and you need to be heard. That’s the feeling I tried to capture in ‘Hear Me Out.’ I feel this way again now, struggling to communicate my frustrations of our current government administration and its constant failure to lead effectively and thoughtfully, finding myself once again lost and scared with how to express my thoughts but still really needing to be heard. Now is our time to speak and to listen, and we will make sure that they hear us out.”