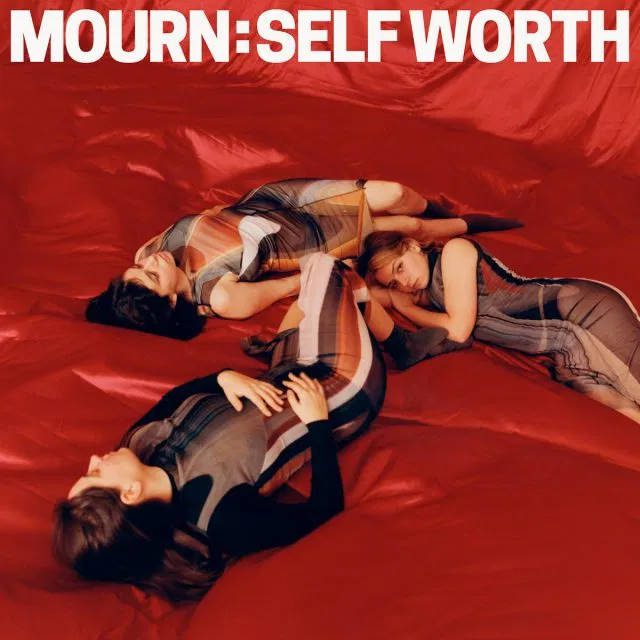 MOURN are a three girl alt/punk band from Barcelona who sing entirely in English. They formed in 2013 while they were teenagers. With this album ‘Self Worth’ they still have bags of youthful exuberance, but they clearly know what they are doing.

‘Self Worth’ delivers short, punchy indie/punk gems. Three quarters of the songs are under three minutes. Not one of these songs sound rushed or appear to end too soon. They are short but perfectly formed. The total run time of the whole album is thirty five minutes.

The opening track is ‘This Feeling Is Disgusting’, which starts with a group chant of the title that builds into a blistering assault on the senses.

The first truly outstanding song in this collection is ‘Call You Back’. It is a catchy, punchy but heartfelt song about friendship.

As a whole the songs on the album convey a picture of a group of young people coming to terms with becoming “grown ups” and having to deal with all the good and bad that the world is beginning to throw at them. ‘Self Worth’ is an easy listen and suits multiple situations, be that driving, relaxing on your own or hanging out with your friends.

The musicianship on ‘Gather, Really’ is quite nuanced and detailed and entices you more with each listen. As a three piece, each group member compliments each other perfectly. The production on the album is solid and reliable. ‘Stay There’ is also very strong with harmonising vocals, banging drums and some intricate guitar work.

It’s a record that definitely gets better with each listen and I would encourage anyone to give it a try and play it through a few times. Trust me on this one! There is not much filler on this album.

‘It’s A Frog’s World’ is frenetic and definitely has a British post punk era vibe to it. There are lots of references and nods to indie/alt/punk styles of the past, but MOURN manage to make it sound fresh and new.

‘Apathy’ is a raging anthem filled with anger and angst demanding answers to the whole “what happens next?” conundrum.

The final track is ‘The Family’s Broke’ which is melodic and tells a moving story coupled with great guitar work and impressive vocal harmonies.

On first listen I thought this was a good little album with lots to like and very few negatives. Now after playing it through for the third time, I think it is “Bloody Marvellous”.

After completing this review, I intend to do two things: Number One, listen to it again. And Number Two, I am going to bang on about how good this band and this album is to anyone who will listen!