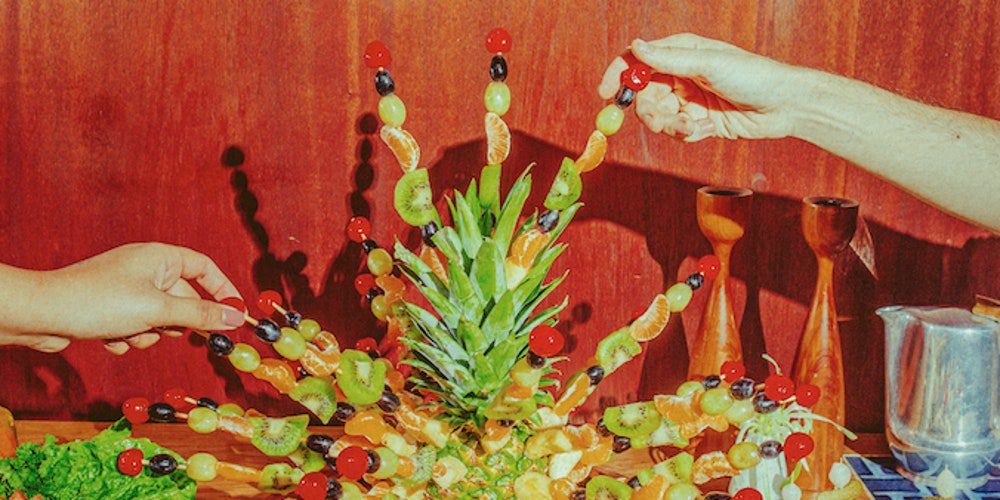 On her fourth album, Nadine Shah unearths hard-luck stories in all sorts of bleak corners, squaring off with sleazy creeps, spiteful deadbeats, and neighborhood racists. But while the songs have the verisimilitude of the grainy British dramas they’re named for, she isn’t interested in the humdrum trappings of reality. Instead, she colors her songs with vibrant shades, drawing out tragicomic absurdities with sly panache. The result is direct but disorienting, like a grim domestic scene painted by Matisse.

For Shah, it’s a concept closer to home than 2017’s fraught, state-of-the-world address Holiday Destination, which took in British bigotry, the Syrian refugee crisis, and the “fascist in the White House.” Yet she shifts focus without losing grip of her unsettling songwriting: these character-driven vignettes are rooted in grim realities, pressures, and prejudices, and although she swaps brooding post-punk for brighter, more lurid sounds, she still builds her songs for discomfort. Often she explores her experiences as a woman in her 30s and the sexist, ageist drek she and have friends have endured: “Running gauntlets/Swerving perverts,” she drones over skittish percussion and swarming-bee synths on “Walk,” transforming a walk down the street into an Escherian obstacle course.

Those disconcerting flourishes allow Shah to tease out the political grit in each personal ordeal, and the best songs land in some odd hinterland between the surreal melodramas of Björk and the wry commentary of Pulp. The title track’s slinky throb finds Shah, a British Muslim of Norwegian-Pakistani heritage, clocking dirty looks from xenophobic neighbors. “Gossiping, boring bunch of bitches,” she fires back, relishing every snarky syllable with her theatrical Geordie drawl. On “Club Cougar,” she’s pestered by a smarmy guy who just knows she’s an older woman on the prowl; in truth, they’re basically the same age and she finds him repulsive. “All dressed up/ Think I did it for ya,” she sneers, refusing to play along with the track’s carnal atmosphere of sultry saxophone and animal howls.

In the wrong hands, that grotty-scenario-meets-lavish-score formula could slip into farce, and Shah isn’t afraid of mining black humor from the incongruities. She brings a sensual purr and lithe guitar to “Ladies for Babies (Goats for Love),” the tale of a neglected trophy wife whose husband treats her like livestock and his farm animals like sweethearts, and calls out a gaslighting drunk on the swampy strut of “Buckfast.” But she never prioritizes cheap laughs over gut punches. Restless, eerie rhythms give “Trad” a dark uneasiness, and synths glower and swoon as Shah panics she’s running out of time to do what society expects—get married, have kids—even though she knows how stifling those expectations are. “Shave my legs/ Freeze my eggs,” she sings, half-mesmerised and half-miserable, in the thrall of a dangerous spell. “Will you want me when I am old?”

Early in her career, Shah was routinely hailed as a mythical lovechild of Nick Cave and PJ Harvey, and she holds onto some some of that gothic grandeur: “Kite,” with its haunted chants, whistles, and twinkles, sounds like one of her old compositions broken down into a ghostly western. Increasingly, though, she sounds less their stylistic disciple than a similarly charismatic, chameleonic storyteller. On the closing “Prayer Mat,” she explores the dwindling days of her relationship with an influential figure—“the pioneer who learned to love abroad”—the two of them blotting everything out with booze and old memories. “We batten down the hatches/ We drink on airport time,” intones Shah over shuddering guitars and electronics. “Together we write our epitaphs/Whilst dizzy from our wine.” Like most of Kitchen Sink, it’s a report from an altered state, a true story in a strange hue; real life, but only as Shah could tell it.