A 10-year-old boy who was “trampled” and separated from his father while attending Travis Scott’s Astroworld festival on Friday is fighting for his life at a children’s hospital in Houston, his grandparents confirmed to IndieLand.

The grandmother of Ezra Blount says her grandson was being carried on the shoulders of his dad, Treston Blount, when the two became trapped in the crowd surge that started shortly after Scott took the stage at 9 p.m. 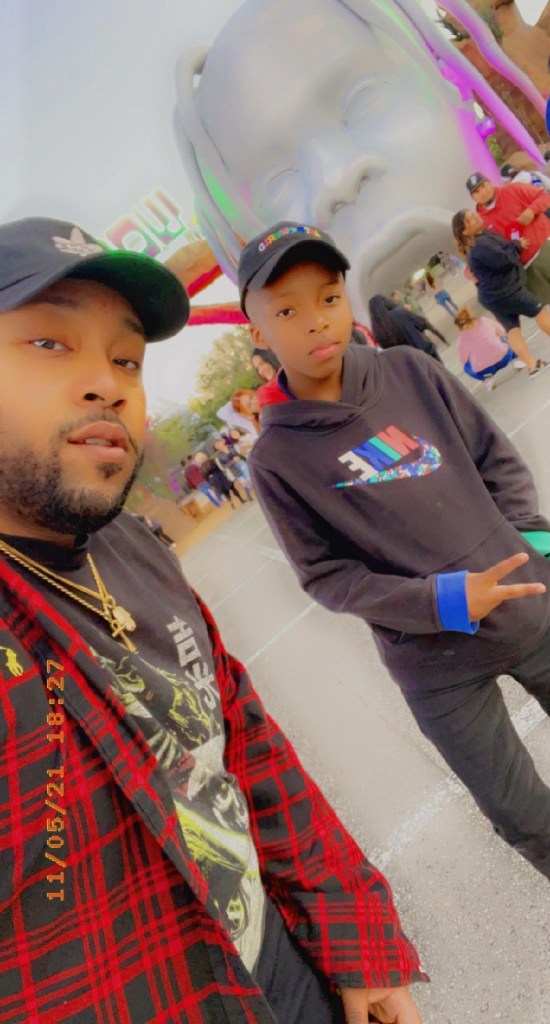 Ezra and father Treston Blount at Astroworld on Friday

Courtesy of the Blount Family

“He kept screaming, ‘I can’t breathe.’ But everyone was pushing. It was so tight with no exits. His dad couldn’t breathe at all and passed out. We don’t really know what happened to Ezra after that,” grandmother Tericia Blount tells IndieLand. The family later found Ezra at a nearby hospital listed as a John Doe, and his father raced to his side, she says.

“It’s horrific. We’re just hanging in there, trying to stay strong,” Tericia, who’s a nurse, says. “He has injuries to his kidney, to his lung, to his liver. Basically every organ has damage. He had cardiac arrest. His heart is weak and has damage as well. And his brain has swelling, and he’s in an induced coma. They’re just trying to keep him comfortable and trying to figure out a plan for him. They tried to take him off the medications that were paralyzing him, to keep him still, and they had to put him back on. We’re just at that place right now, just hoping for the best in spite of all the negative information.”

She and her husband Bernon Blount, Ezra’s grandfather, were at the hospital Monday night with Treston, trying to make sense of what happened.

“We have a lot of anger right now because someone is responsible for the condition of our grandson,” Bernon Blount tells IndieLand. “For him to have the injuries he has, I can’t help picturing in my mind what he had to go through to get those injuries. Someone should be held responsible. He went there with his father to have a good time, not to be trampled halfway to… I don’t want to even say the word.” 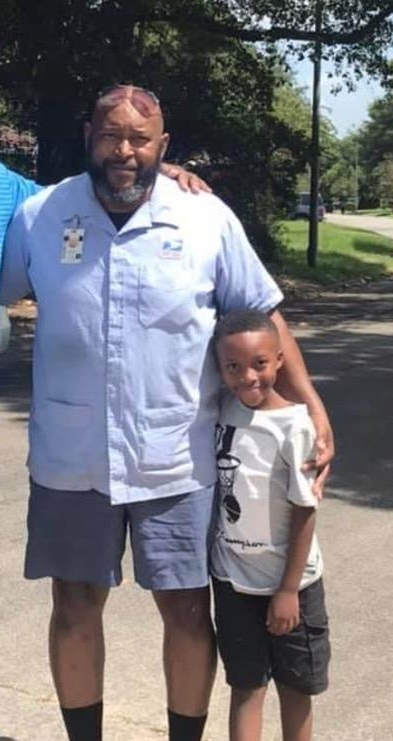 Ezra with his grandfather Bernon Blount

Courtesy of the Blount Family

Tericia says even though she’s a medical professional, she wasn’t prepared to see her grandson lying so still, connected to so many machines.

“I’m a nurse, but it’s still horrifying to see Ezra like this because that’s a part of us there,” she says. “Why couldn’t this have been prevented? I’m just angry and sad and upset. Why didn’t Travis Scott stop? Wasn’t he watching the ambulances and people performing CPR? Doesn’t he care about the city of Houston? The mayor gave him the key. This is the city he’s from. Why wasn’t he looking out for the people?”

She says her grandson became a huge Travis Scott fan through the rapper’s collaboration with the popular online game Fortnite.

“Ezra is so wonderful. He’s a joy to be around. He loves music, skateboarding, school, his mom and dad. He loves to perform. He’s just an all-around entertainer,” she says. “Why did this have to happen to our grandson?”

The family has retained attorney Ben Crump. “The suffering that this family is going through is immeasurable. This little boy had his whole life ahead of him — a life that is currently hanging in the balance because of the reckless mismanagement that ensued at the Astroworld Festival,” Crump said in a statement. “We ask everyone to send up the most powerful prayers they can as this family tries to grapple with the undoable damage that has been done to their son. We demand justice for EB, his family, and all of our clients that left Astroworld with trauma.”

Ezra’s grandfather told ABC13 he is looking for accountability in the aftermath given what he claims was “very little security” at the concert. He believes the “police should have stepped in and stopped” the show after the first person was injured.

Black Pumas Tap Lucius for a Cover of the Kinks’ ‘Strangers’