At 32, Steve Muncaster is working a nine-to-five job for the first time in his life. The U.K. native is normally a stage manager and drum tech for acts like Irish singer-songwriter Dermot Kennedy and British rock band Enter Shikari. But with concerts still on hold, he’s picked up a job licensing music for funerals.

“It’s bizarre,” Muncaster tells IndieLand, adding he didn’t even know that such a role existed before taking it on last month. One of Muncaster’s former crew mates — a sound engineer, who recently got a gig looking after AV systems at funeral homes — tipped him off to the opportunity.

Deaths, tragically, have soared in the pandemic year. To be clear, that doesn’t mean business is exactly booming for the death care industry, because many people are choosing simple cremations over elaborate burial plans to save money in the time of economic uncertainty. But whether a memorial service is a Zoom event or a more elaborate in-person affair, one component is almost universal: There’s music to remember and honor the deceased.

Muncaster’s job is to locate official versions of songs, upload and organize them, and ensure that they’re played correctly during funerals and memorial services. He works in a realm most people don’t think about: Every time a song is played during a publicly accessible event, the rights-holder is supposed to get paid a performance royalty. Muncaster’s company, which he requested not be named, partners with crematoriums, funeral homes and funeral directors, and looks over “the whole thing of an AV production at a funeral,” he says — from the words on screen, the photo tributes, and songs played in the service.

People often come to him with tracks they stumbled across on YouTube; a lot of the time, those tracks are covers of songs that aren’t commercially available. “It might be a really pretty version of a really famous song, played on acoustic guitar, but there’s no license, [the money wouldn’t] go back to anybody, so you can’t use it,” he says. “My job is to find suitable alternatives or reach out to the artist and ask them for their permission even though they haven’t commercially released it.” 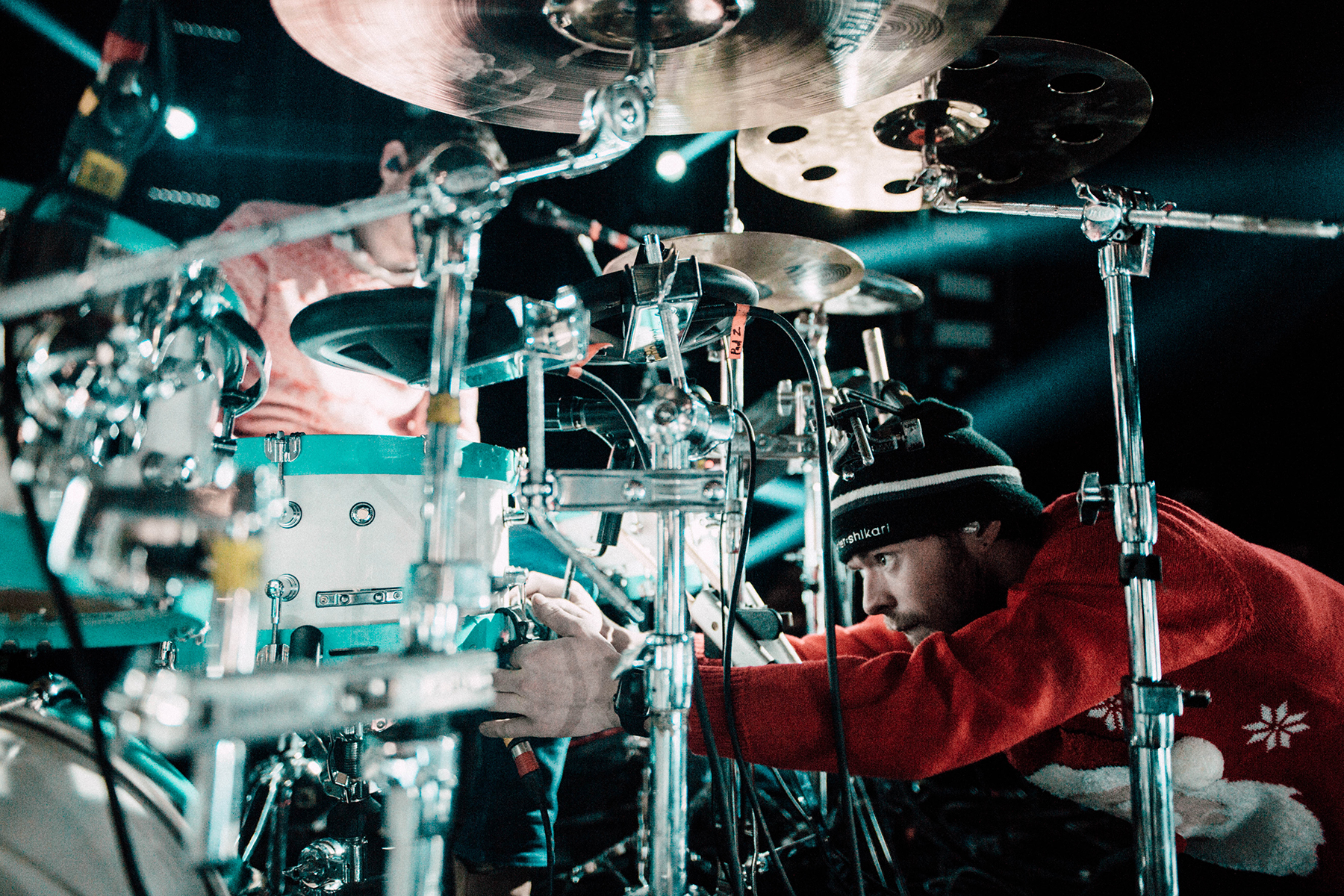 Muncaster acknowledges that while the job may sound rather “dark,” it’s exposed him to a “phenomenal” breadth of new music and he sees his newfound role as an honor: He’s tasked with making sure the life and legacy of a person are celebrated to the fullest extent. “If I can find that exact piece of music — or that excerpt from that classical piece of music, and it’s the exact performance from the right orchestra led by the right conductor — hopefully I can make a difficult day a little more pleasant for the family and loved ones,” he says.

Never before had he realized the amount of work involved in such a niche industry. His company services the entire U.K. and employs more than 90 people. Muncaster toggles between managing new requests and liaising with funeral directors. Sometimes, he has to go back and forth for days or weeks with available song options before confirming a final choice.

“There’s been a huge influx of deaths, so, naturally, there are more funerals — and it requires more people to sort through all these songs… You have to order a physical copy of it sometimes, like when it’s a Peruvian folk track that isn’t on iTunes.”

“Because the requests are so specific, you can’t just put any old song on,” he says. “It does make sense that it’s a full-time job for a good few people, especially at the moment. There’s been a huge influx of deaths, so, naturally, there are more funerals — and it requires more people to sort through all these songs. When people are asking for really specific things, it can take a long time to find the right tracks. You have to order a physical copy of it sometimes, like when it’s a Peruvian folk track that isn’t on iTunes.”

Sometimes the songs even predate CDs, requiring him to hunt down vinyl copies. “With Britain being quite an eclectic place, there are people from all different backgrounds and heritages,” he says. “A lot of people have been asking for traditional music that their parents or grandparents would’ve listened to.”

The company experienced its busiest period at the start of 2021, logging 1,500 to 1,800 new services per day (though not all of those were Covid-related). That translates to 45,000 to 54,000 services a month — double the company’s average from this time last year. “You have to keep concentrating,” Muncaster emphasizes. “It can be really easy to miss something if you’re just looking at the same sheet all day. You can’t make mistakes in this industry. There are no do-overs.”

It’s certainly nothing like being on tour, where, if one show blows, the team has a chance to make up for any missteps the next night. The pressure is different too: The “crowds” may be smaller, but the funeral experience holds more weight.

Muncaster, who started drumming at 12 years old, spent much of his youth learning how to tune, care for, and deconstruct the instrument. He worked odd jobs in bars and restaurants while playing in bands — and eventually discovered the drum tech profession 10 years ago while performing on the 2011 Warper Tour. That’s when he met and hit it off with Enter Shikari, who ended up offering him a job.

In non-Covid times, he still works with Enter Shikari, but has progressed into stage management: a job that involves overseeing the set-up and breakdown of a stage, as well coordinating all behind-the-scenes maneuvering during a show. A former production manager on Enter Shikari’s team introduced Muncaster to Dermot Kennedy, with whom he was touring in March of 2020 when the world shut down. 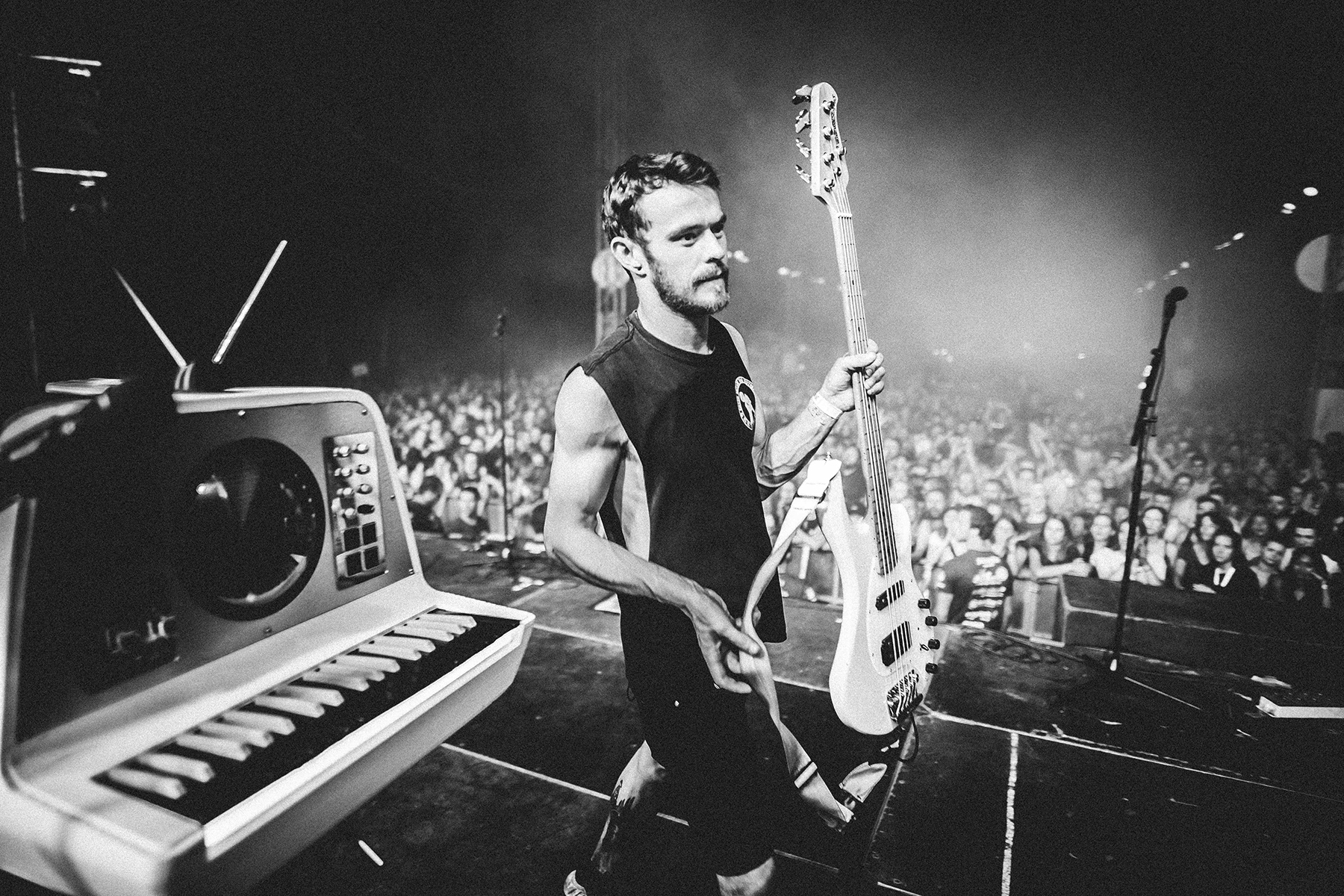 His last show was at Detroit’s Fillmore on March 11th, 2020. “We’d heard about Covid, but we didn’t know what it meant yet,” he recalls. “It felt strange. The security guards by the stage door were wiping down the handle every time someone went in or out of the building. I had never seen that before. I was like, ‘They’re really taking this seriously now. What’s going on here?’” Kennedy still had a week or so of U.S. shows left. But over the course of about six hours, the emails came in, pulling each gig one by one. Then, Donald Trump announced a travel ban, and the group scurried to snag last-minute flights home.

The severity of the pandemic didn’t sink in — until it did. The 2020 calendar, which was full for the year, was suddenly vacant. For the next few weeks, Muncaster laid low, hoping the storm would soon pass. “And then I started to lose it because nothing looked like it was coming back,” he says.

“‘Everything that I do gets shut down. Where do I sit in life now?”

Much like his partner, fellow roadie Caroline Smith, the situation forced Muncaster to make odd professional pivots. He got a job at an Amazon warehouse unpacking boxes, but he quit after three months. (He doesn’t have any horror stories about working for Amazon; he just hated standing at a conveyor belt for 10 hours a day.) Hoping to find a more creative job related to nightlife, Muncaster began bartending in late summer when bars reopened — only to see them close again within months. “I started to get a bit deflated,” he says. “I was like, ‘Everything that I do gets shut down. Where do I sit in life now?’” He was doing construction work when the death care opportunity came up.

Muncaster estimates that he’s making about half the money he would make from touring right now. But he listens to music every day, there’s job security, and he’s feeling motivated again. “Funerals suck,” he says. “There’s no dancing around that. No one enjoys them. But if there’s a song that the person loved, one that brings back all the memories of all the good times you had dancing in the bar, or seeing it performed in person, or whatever — then all those great emotions come back. As sad as it is, it’s a nice thing.”

His new nine-to-five routine has alsohelped him realize he could enjoy work other than touring —a thought that used to petrify him. “I kind of get it now, why people enjoy that lifestyle,” he says. “It didn’t make any sense to me before. Why would you want to do the same thing every day? I did the same thing every day, but I did it in a different room and a different city. [But] I’m not going to be touring as a stage manager forever. It’s physically exhausting. And if I want to have a family, I don’t want to be away all year. It’s definitely opened my eyes to the fact that I’m capable of doing a, for lack of a better term, ‘normal’ job.”

Read more of IndieLand’s Music in Crisis series, which examines the wide-ranging impact of the pandemic across the music industry, here.