In mid-July, Ashley Monroe shared a frightening revelation with her fans: the singer-songwriter was diagnosed with a rare type of blood cancer. She’s since started treatment, but the course of care has left her immune system compromised. With the Covid-19 pandemic still raging, Monroe has been extra careful about any time out in public.

“I literally am just at home every day,” she tells IndieLand.

The cancer diagnosis was an unexpected shock for Monroe, who released her fourth studio album Rosegold in April. She had been feeling fine, but routine bloodwork discovered that she was anemic. It wasn’t until she had a biopsy of her bone marrow, however, that she learned the underlying cause of the anemia.

Before and during her treatment, Monroe had been working on a stripped-down project with friend Tyler Cain that features her singing some of her favorite songs. Simply titled Covers, the new EP gives Cain equal billing and includes versions of five disparate radio hits: the Beach Boys’ “Don’t Worry Baby”; the Police’s “Every Breath You Take”; Extreme’s “More Than Words”; Bryan Adams’ “Everything I Do (I Do It for You),” as a duet with Brittney Spencer; and Boudleaux Bryant’s “Love Hurts,” popularized by Nazareth, with Ruston Kelly. Covers will be released in full on Wednesday, September 8th.

Monroe has no plans to tour right now — it’s treatment and then recuperation (“My labs are showing already that my blood is improving,” she says) before she can think about going back on the road. But once she does, the experience with her cancer will have changed at least one part of her outlook for the better.

“I’m going to be less of a germaphobe than I was before,” Monroe says. “I was one before there was even a pandemic. I’ve maxed out.”

We have music to talk about, but I know everyone is wondering: How are you feeling?
I’ve gotten through two cycles now of chemo. Each cycle is back to back, once a month. It’s hard, I’ll be honest. It doesn’t feel good the day of and the week after, but I feel like I’ve bounced back a little quicker this time than my first time. I’ve got a lot of support. I definitely feel people praying.

Has that been the most difficult part of it for you?
Yeah. It’s like the first time you do it, I was really sick. And it’s crazy, because once you start feeling better, it’s time to go get kicked again. There are people who have it way more often so I feel bad even complaining, but I know it’s coming up, so you know something’s going to be really, really hard but you have to do it anyway.

From your Instagram, it sounds like this type of cancer is something that can be treated. Is that right?
Apparently this kind [of cancer] will never go away, but the treatments I’m doing can at least keep it at bay for a while.

So you may be dealing with it for an indefinite amount of time?
Right, yeah. They say it’s for life. I’m in a slight sliver of denial-slash-extreme hopefulness that maybe I won’t have to hear about it. Maybe it’s one of those things I’ll have and it won’t affect my blood like it had been, after [I receive] these treatments.

Is it something that’s manageable in the meantime?
What my doctors have stressed to me now, my biggest danger is getting an infection or getting sick, even getting a cold, just because my immune system is so low. That’s what I’ve been told: just don’t get sick.

Is that the biggest adjustment or change you’ve had to make as a result of the diagnosis?
No, because I was kind of an introvert anyway. The biggest change has been this overall acceptance and surrender of control that it turns out I probably very much needed anyway. Oddly enough, I’m calmer now than I ever was and I’m more in the moment and I can clearly see what matters and what doesn’t. In a way, even though it’s the worst thing that could happen, it’s already doing some long-term good to who I am as a person.

How did that feeling of acceptance come about?
It was a little bit gradual. I still am working on accepting. There’s things that chemo does that I don’t want it to do. It didn’t make my hair fall out at all, but it can thin it. When I first started having it, no one who looked at me could tell, but I could tell, I just felt like, it’s my hair coming out. I started crying, like, “No!” Then it was like, “Well, get over it. If your hair falls out, get a wig, or style your hair differently or whatever you have to do until you don’t have to do it anymore.”

Still, it can be scary and upsetting to know, “Hey, there’s something strange going on inside of me, and I can’t do much about it.”
Yeah. And you feel it. Even my veins. This morning I was working out, which I’ve been working out pretty much like normal the past two weeks, but my veins, it feels like someone’s taken a razor to whichever veins they use for chemo. Your instinct is like, it makes you a little mad, like, how dare you? My veins hurt! Weird things like that, but also knowing that my body’s so tough and even if they have to put it in the most painful one I’ll be fine. It’s weird, but I’m stronger than I thought, and most of us are for sure. 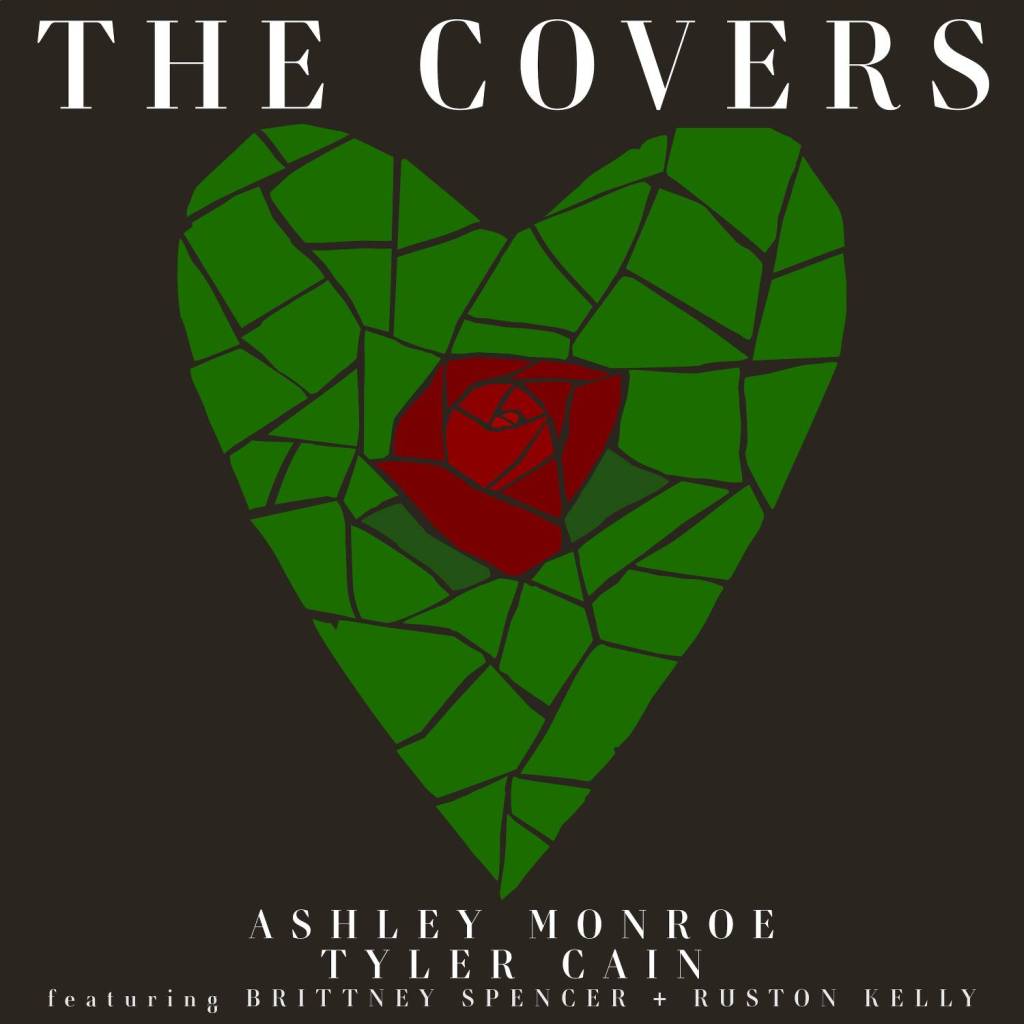 I’m glad to hear that you’re making some progress. Let’s shift gears and talk about Covers. Were you singing and recording these to help take your mind off your health?
We started that before I found out and then at the end, by the time I did the one with Brittney Spencer, I did know. But at the beginning, I feel like when we first started, the doctors had told me I was really anemic.

Tyler [Cain] and I have known each other for so long. In 2006, he was out on a radio tour with Sarah Buxton and I was on a radio tour with my guitar player Danny and all four of us were pals. That’s how long I’ve known him. We wrote “Has Anybody Ever Told You” together, he’s played out on the road with me a ton. He’s like, “Hey, me and Meg [Linsey] got a studio over here, why don’t you come bring some good vibes?” One day we were over there and I was like, “I want to record some of my favorite songs that if we were having a bonfire back in the day, if we were having a party, this is the song I would pull out my guitar and sing.”

Do the songs have special significance for you beyond the fact that you enjoyed singing them?
They have a feeling — I have two playlists that are called “That Feeling.” And I don’t know it’s a change of chords, if it’s the words, I don’t know, but it’s a certain feeling. Restless Heart songs have that feeling a lot. Lot of Bryan Adams have it. Lot of Crowded House songs have it. But all of these have that feeling, where it’s almost like a surge of emotion.

How did you get acquainted with Brittney Spencer?
Her manager used to work for my old management. He had been working with her and he was like, “You guys are so much alike. You have to meet Brittney.” We wrote before we did this project and I feel like I’ve known her honestly my whole life. We’re very similar, it’s hard to explain. But her voice rattles me to the core. We were talking about Bryan Adams, we text about him a lot, and I said, “Will you do one of those with me?” That one, we were practicing it at Tyler’s and we were looking at each other so deeply and we were singing so intensely to each other. It was like, I feel like I’m singing this to her and she’s singing it to me. There was so much emotion behind it. And by that time, we knew what was going on with my health too.

[email protected] is a new friend of mine & I absolutely adore her on every level. I know this song hits Brittney deep and it hits me even deeper now with what I posted yesterday. Thank you Brittney and @thisistylercain for doing this w/ me. And thank you all for the love and prayers. pic.twitter.com/DxaQq7R70z

On “Love Hurts,” you sing with Ruston Kelly. Were you inspired by the Gram Parsons and Emmylou Harris version?
I guess we were, but I always liked the Nazereth version too. I like every version of that song. He and I are buddies too and we write well together. He feels like somebody I’ve known my whole life. He really loved my Rosegold project — he was texting a lot during that time, and I was like, “Hey, me and Tyler have been doing this for fun, why don’t you come over and sing one with me?” Because I do like the way our voices sound together a lot.

It’s been 10 years since the Pistol Annies put out their first album. How do you feel about it in retrospect?
Man, it’s like some sort of miracle, the further away it gets and the more I look back on just how seemingly random it was meant to be. It was just easy. Me and Miranda [Lambert] were just hanging out and for whatever reason I was like, “You’ve gotta hear Angaleena [Presley].” That turned into us meeting, and that turned into Hell on Heels, and that turned into that ACM Honors TV show. It just was all the right ping pongs, pinging off each other. It was the beginning of something we’ll be doing until we’re old ladies — which, we’re 10 years closer to being old ladies.