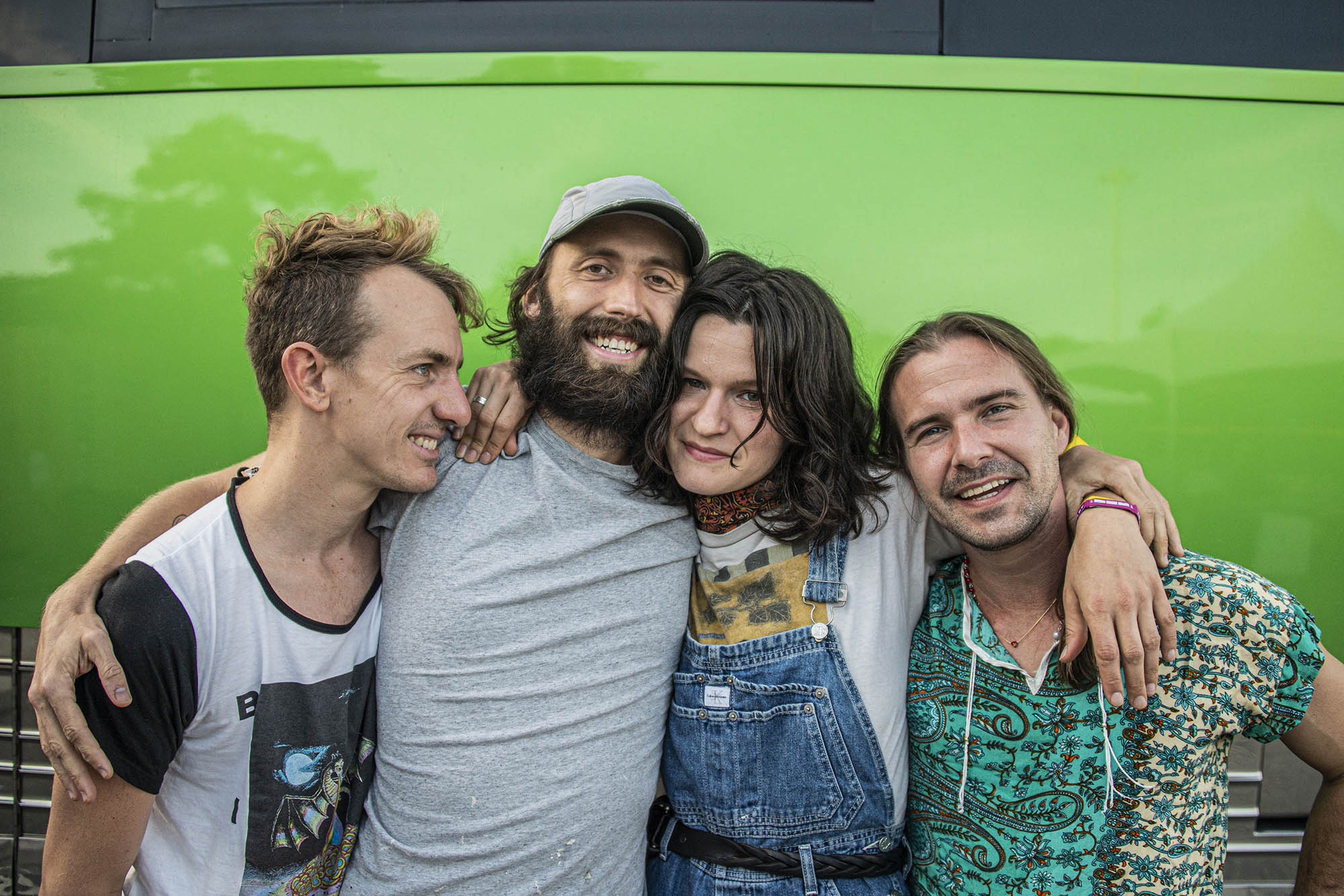 When Big Thief’s Adrianne Lenker hears her band’s music in the background at a cafe, she winces. “I just feel like, ‘Man, I remember recording that song and how radical it felt, how raw it felt, like we were ripping something open,’ ” she says. “And now, here in this coffee shop, it’s just completely blended into the blur of everything. There’s no drama in it.”

In the past few years, Big Thief have started to get played in quite a few coffee shops, among other places. With their pair of 2019 albums, U.F.O.F. and Two Hands, the experimental folk-rock quartet became the type of indie favorite that sells out theaters, gets nominated for Grammys, and conjures a bit of inevitable backlash along the way.

“It’s really lovely to witness a purely motivated art collective kicking ass,” says Wilco’s Jeff Tweedy, a longtime fan of the band. “One of the reasons they’re so fascinating is that everything [they release] is at a really, really high bar.”

No album’s recording process has felt more radically raw than the one for Dragon New Warm Mountain I Believe in You, the 20-song double LP Big Thief will release in February. During the dark days of the summer 2020 lockdown, Lenker, guitarist Buck Meek, drummer James Krivchenia, and bassist Max Oleartchik spent five months recording in locations that ranged across the continental U.S., from the Arizona desert and the Colorado mountains to upstate New York and Los Angeles. The sessions were so exploratory that the band found themselves, at one point, recording the sounds of shattering icicles on the title track. (“It’s actually captured, or archived, energy of that ice in that winter in that point of the world,” says Lenker.)

The resulting album feels like a greatest-hits compilation of what Big Thief do best, refining many textures — the surging rock of “Little Things,” the drum-machine pop of “Wake Me Up to Drive,” the ramshackle folk of “Certainty” — into one sprawling statement. “There are so many different sides to Adrianne’s songwriting,” says Krivchenia, who produced the album. “I was like, ‘It would be nice to make space for everything.’ ”

The band’s latest intersperses typically gripping narratives about trauma, heartbreak, and nature with a newfound levity both musical and lyrical, an element of Lenker’s songwriting that the band was particularly keen on foregrounding this time around. Krivchenia recalls the moment Lenker showed him what she thought was a throwaway tune called “Spud Infinity,” in which she rhymes “finish” with “potato knish.” “I heard it and I was like, “Adrianne, I’m crying right now,’’ he says. “She was like, “But I say ‘Garlic bread.’ You can’t say ‘garlic bread’ in a song.’”

“Spud Infinity” is one of several lighthearted, rootsy tunes featuring fiddle from Twain’s Mat Davidson — another side of Big Thief’s musical interests that they’d never fully shown before. “When Buck and I first met, we bonded over Iris DeMent and John Prine and Blaze Foley,” says Lenker. “It’s a deep part of us.”

Through it all, the band held on to a firm internal sense of self. “We all have our own Big Thief-i-ness barometers,” says Krivchenia. “We did some stuff that, listening back to it, we were like, ‘Wow, people would flip if they heard this… but it’s not Big Thief-y.’”

Big Thief have maintained a staggeringly prolific release schedule since their 2016 debut. During the pandemic, when many artists have found themselves running up against logistical and creative roadblocks, three of the band’s four members released solo LPs; they recorded roughly 45 songs for Dragon, and Krivchenia suggests the sessions yielded at least one other album’s worth of material. “Each of us have, like, four songs that we were personally like, ‘I cannot believe that song got cut.’ ”

No one is more aware of the ways in which this near-constant artistic output has, for better and for worse, contributed to Big Thief’s success than Adrianne Lenker. As their music increasingly becomes premium coffee-shop content and streaming-playlist fodder, the group’s lead singer-songwriter has grown more wary of Big Thief’s role in a modern music industry she sees as “deeply flawed, and, in a lot of cases, harmful.”

It’s an unlikely paradox for a band that grew out of Lenker and Meek’s bohemian busking around Brooklyn in the early-to-mid aughts: How does a ragged art-folk collective that loves making music as much as Big Thief make sense of its position near the top of the streaming-era, content-as-commodity indie rock ladder?

“We’re part of the machine, and I haven’t figured it out yet,” Lenker says. “But I want to change things from the inside out. I want to help cultivate a different climate within the industry, or within the music or art world, in some way….It’s a male-dominated, white-supremacist industry, and I’d like to carve out spaces where people aren’t being pigeonholed because of their gender, their color, their sexual orientation.  It’s enough to work on for your whole life, and I still don’t even know the half of it.”

Some of her misgivings about modern life come through on the new song “Simulation Swarm,” which Lenker says was inspired by a series of intense experiences, any one of which another songwriter might have mined a full album out of: Her four-day hospitalization in Brooklyn in May 2020, when, she says, her body broke down after seven years of touring; the breakup that inspired her arresting 2020 solo album, songs; her early childhood, which was spent in a Midwestern separatist community that she has described as a “religious cult”; and her continued thinking about her biological brother Andrew, whom Lenker says she has never met (and whom she’s sung about before, on songs like 2017’s “Mythological Beauty”).

It’s an understatedly stunning song that helps explain the profound connection Lenker and Big Thief have fostered with their fan base. During a recent run of acoustic solo shows, Lenker was given a much-needed reminder when she witnessed audiences crying and holding each other while singing along to every word of her songs. “Holy shit, this is actually rippling into the world,” she remembers thinking. “I’ve been getting notes that the music has been helping people love and accept themselves in dark times, and to me, that right there is what I want to do. I don’t want to get to a certain level in my career or be seen as this or that. I just want people to come back to themselves and be able to accept, love or forgive themselves more fully. I want my music to be a guide to people to get back closer to themselves — not to me.”

One new song that helped Lenker feel more grounded herself was Dragon‘s album closer, “Blue Lightning,” a campfire sing-along that she wrote as a love letter to her bandmates, whom she considers her chosen family. Increasingly, Lenker has been incorporating more of her adult experiences into her songwriting. “I’m still processing childhood; who isn’t?” she says. “But we’ve been a band for nearly a decade, and the more life experiences we have together, the more I write about them now…We’ve shared some of the most ugly, brutal things and some of the most beautiful.”

Big Thief decided to end this album with that sense of collective joy through shared experience. On the song, Lenker contemplates morality and gushes lines like “I wanna be the shoelace that you tie” to her bandmates.

“We don’t know when any one of us will die — it’s crazy and sad and bittersweet and so beautiful. But the friendships feel so important,” she says of her bandmates. “We go down the road and encounter so much and have all these experiences and pick apart dreams and pick apart questions and air things out and ask things and talk about things, never to really find…”

Lenker pauses for a half-second.

“Maybe there’s not even any true answers, but we’re just along the journey asking these questions together.” 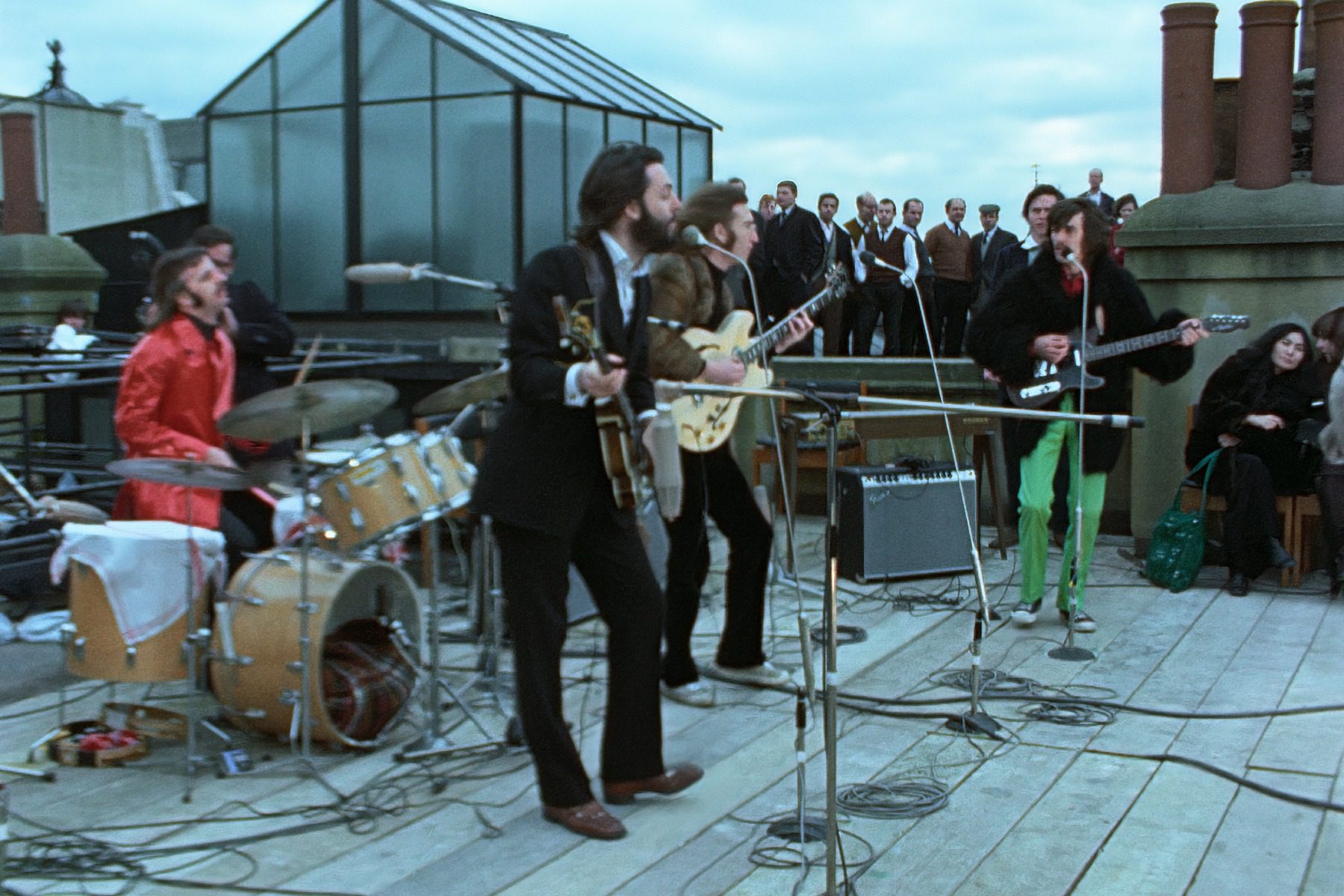 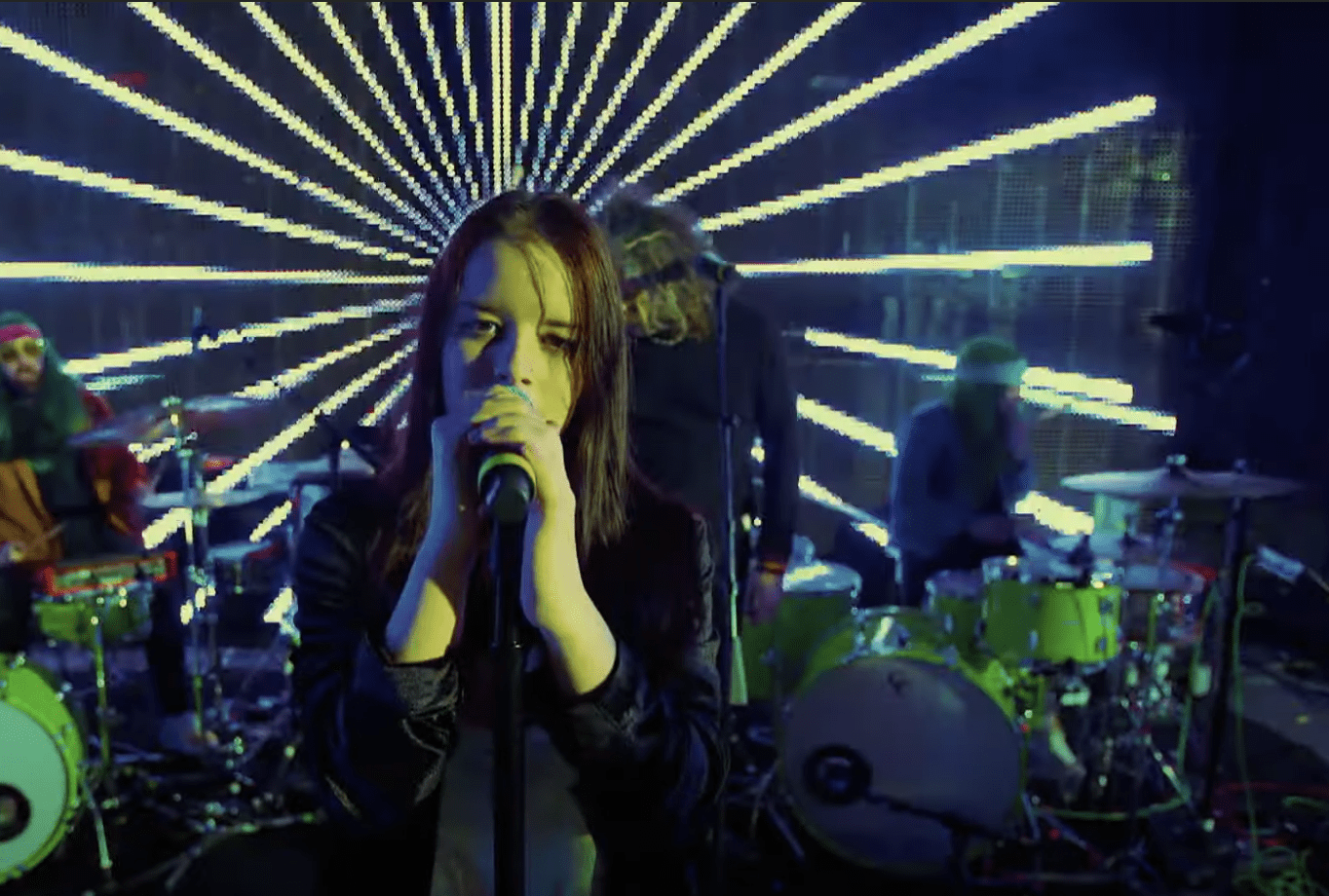 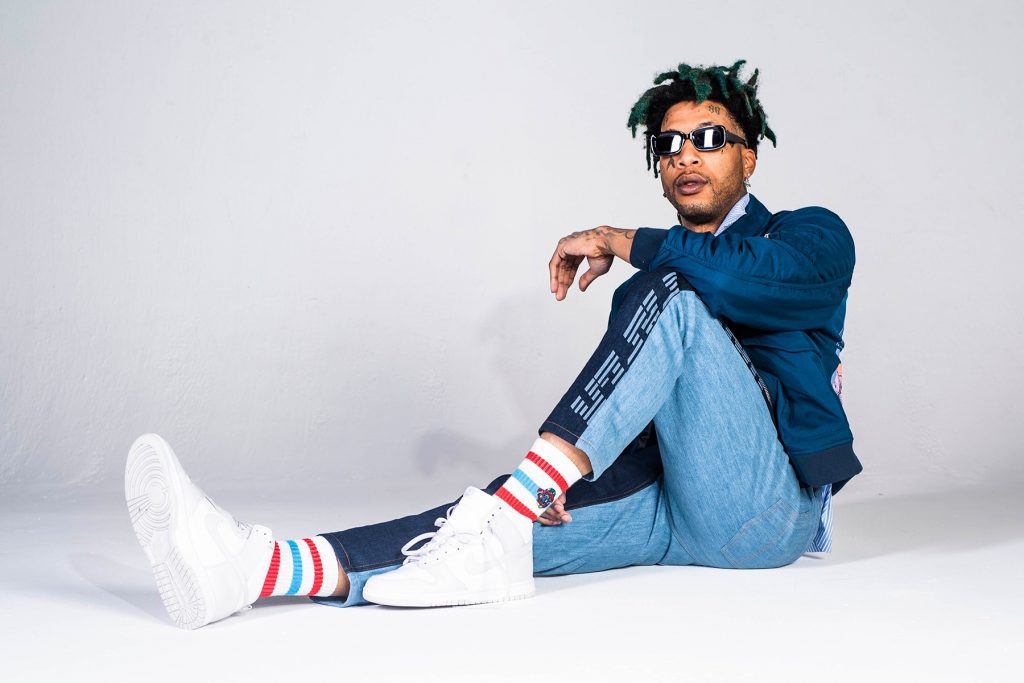 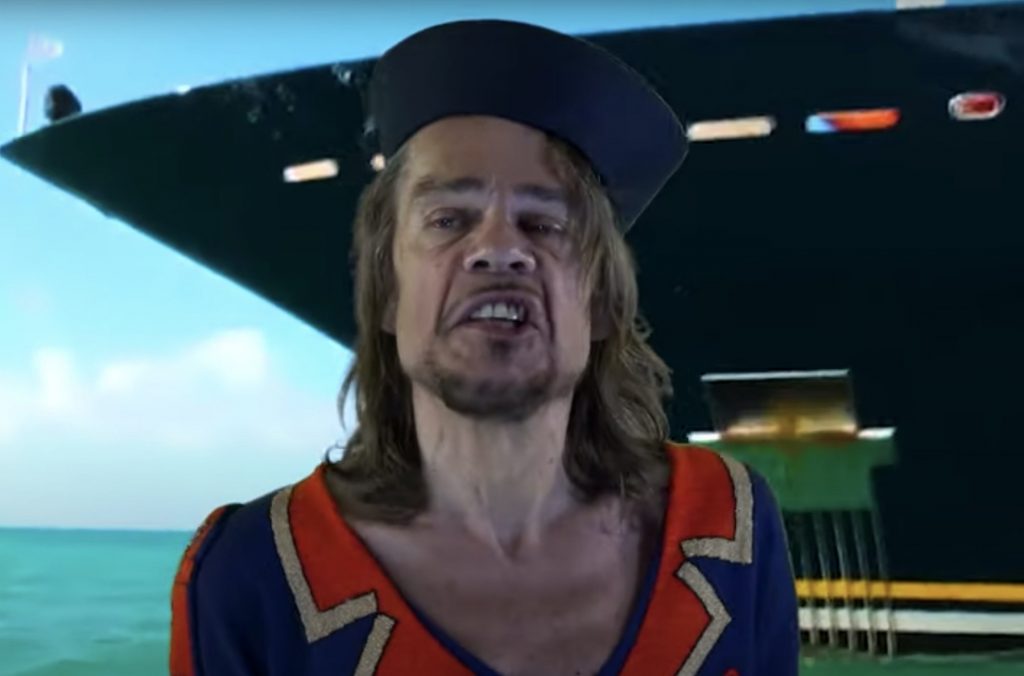 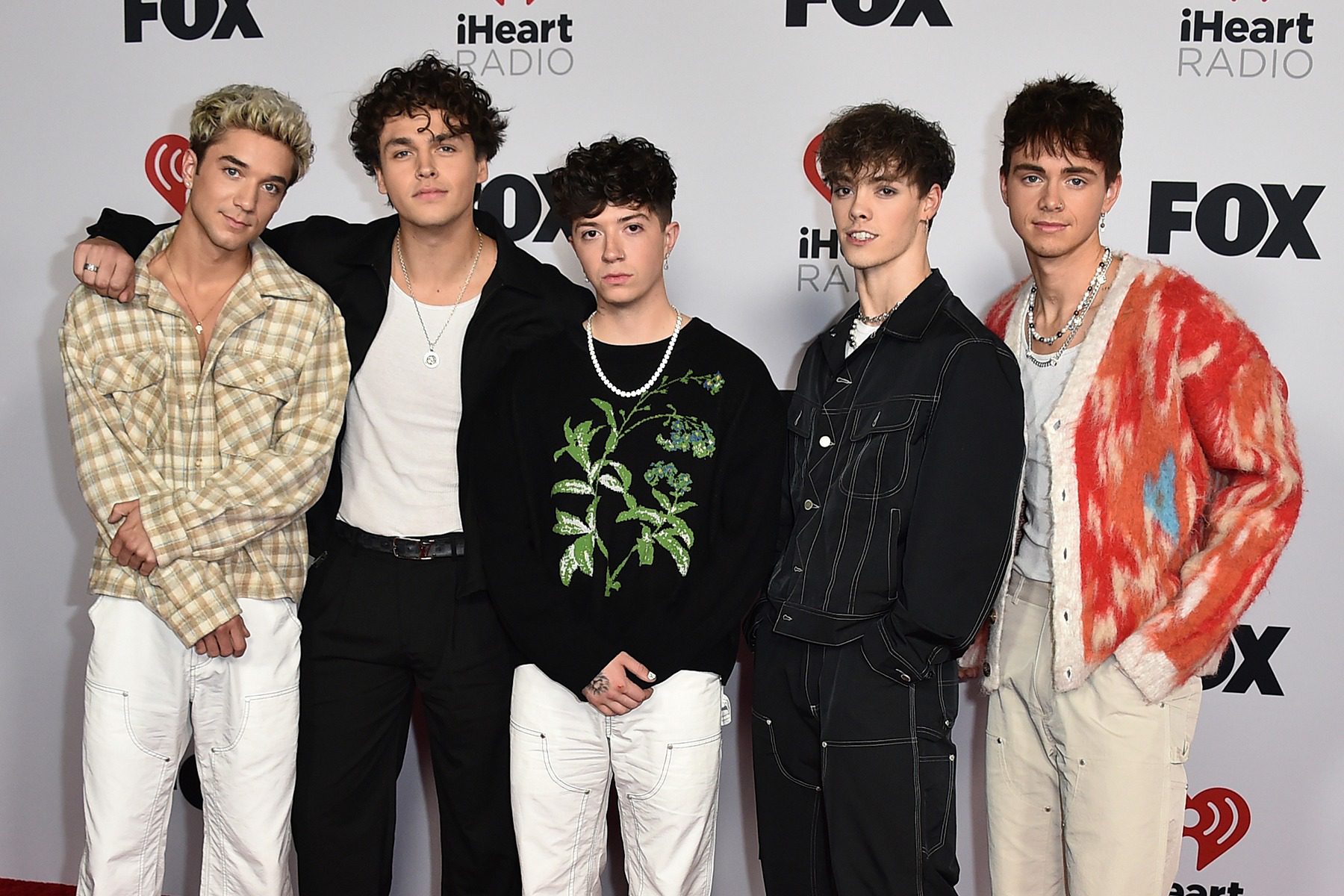