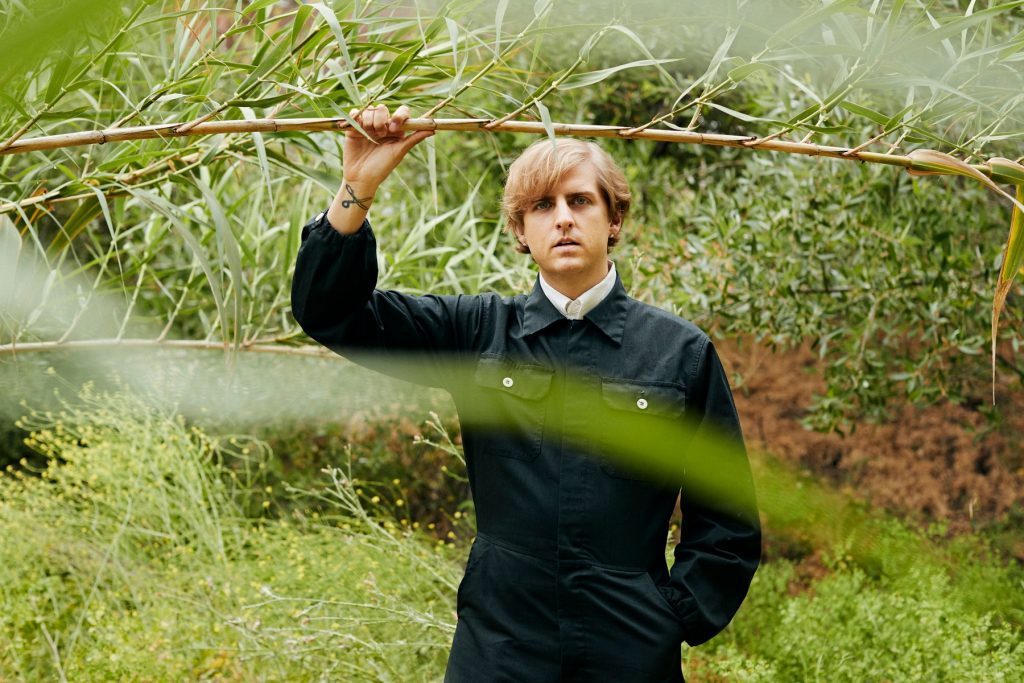 Christian Lee Hutson recorded so many versions of his new album, Beginners, that the day before it was finally released last month, the singer-songwriter joked with his friends about a dark possibility: “There’s still time to record it one more time.”

Hutson, 29, first began work on his new plaintive folk collection in 2014, back when he was still touring the country as an aspiring retro-country singer, performing Gram Parsons and George Jones covers at an endless string of what he now refers to as “fucking spaghetti restaurants.”

Today, Hutson is an integral new voice in the extended collective of fast-rising twenty-something L.A. singer-songwriters helmed by Phoebe Bridgers, who produced the fourth — and, fortunately, final — version of Hutson’s new LP. (Others may know him for helping solve a musical mystery in a recent viral episode of the Reply All podcast about a forgotten alt-rock radio hit from the Nineties.)

In the past few years, Hutson has also become an in-demand touring guitarist, playing with Jenny Lewis as well as Bridgers’ and Conor Oberst’s group Better Oblivion Community Center. Hutson is still amazed by the opportunity — Rilo Kiley and Bright Eyes are among his teenage favorites — and in general seems pleasantly perplexed as to how he’s gotten such gigs. Before Lewis hired him, he had never toured as a backing musician. “That was very weird,” he says. “I didn’t even own an electric guitar.”

Hutson’s recent SoCal success has come only after he spent the better part of a decade trying to build up enough self-confidence to convince himself that anyone would ever want to hear what he had to say.

“I just never imagined, really, that I could be taken seriously just by having good songs,” he says, by way of explanation for the years he spent trying to present himself as a hard-living Southern-influenced troubadour in the vein of Justin Townes Earle. “When you want to write songs, you look for different archetypes that you can imitate on your way to figuring out who you are. I had a weird kick of a fake accent. I just really was not confident at all, and thought that all these other things had to legitimize what I was doing.” 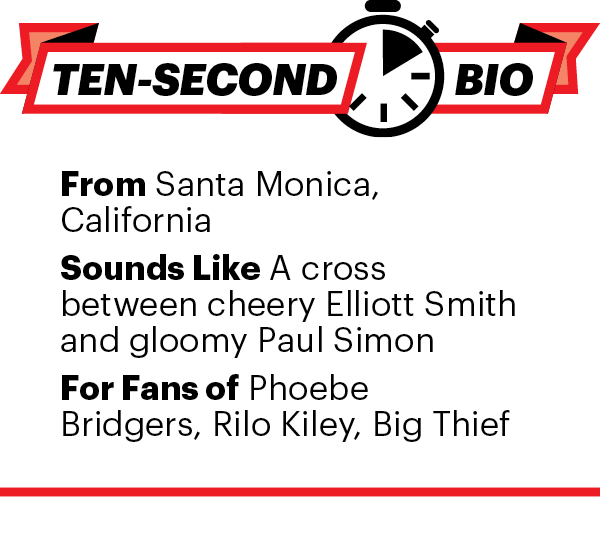 The perceived rural authenticity of singers like Gillian Welch, another one of Hutson’s early influences, reaffirmed his genre convictions. “Listening to her songs made me feel like, ‘No, my voice isn’t valuable in the shitty California voice that I have,’” he recalls. “When you grow up in Santa Monica, you don’t ever imagine that people would want to hear how anyone from there [sounds].” (What Hutson didn’t realize at the time is that Welch, too, grew up in Los Angeles.)

By the middle of last decade, he was still searching for a voice of his own. “Christian Lee Hutson is a work in progress,” reads a description from Trailer Fire Records, the indie label that released Hutson’s barely heard album Yeah Okay, I Know in 2014. “Whoever the gallantly self-defeating 24-year-old singer-songwriter is, he’s an amalgamation of a long line of Americana tradition.”

After discouraging stints in Nashville and New York, Hutson returned to L.A., unsure if he should give up on his dream of singing his own songs for a living. Then, in 2015, he met Dash Hutton, a former drummer in Haim (and the son of Three Dog Night’s Danny Hutton). Hutton had direct access to a studio and was well-connected, and he soon helped Hutson to record the first version of what would end up becoming Beginners.

Hutson spent a full five years recording, and then continuously re-recording, the album. The list of collaborators from that time reads like a who’s-who of mid-aughts L.A. singer-songwriters. For the first, Hutton-assisted attempt, Hutson was backed by Dawes; the third attempt was with Ethan Gruska, who’s worked with Blake Mills and Fiona Apple. “I truthfully just did not have the confidence in arranging things,” Hutson says.

None of the recordings felt right until he met Bridgers, who immediately bonded with him about their love for sparse recording. “I remember having a good talk [with her] about how our favorite versions of all our favorite songs in history end up being these sparse live versions,” he says. 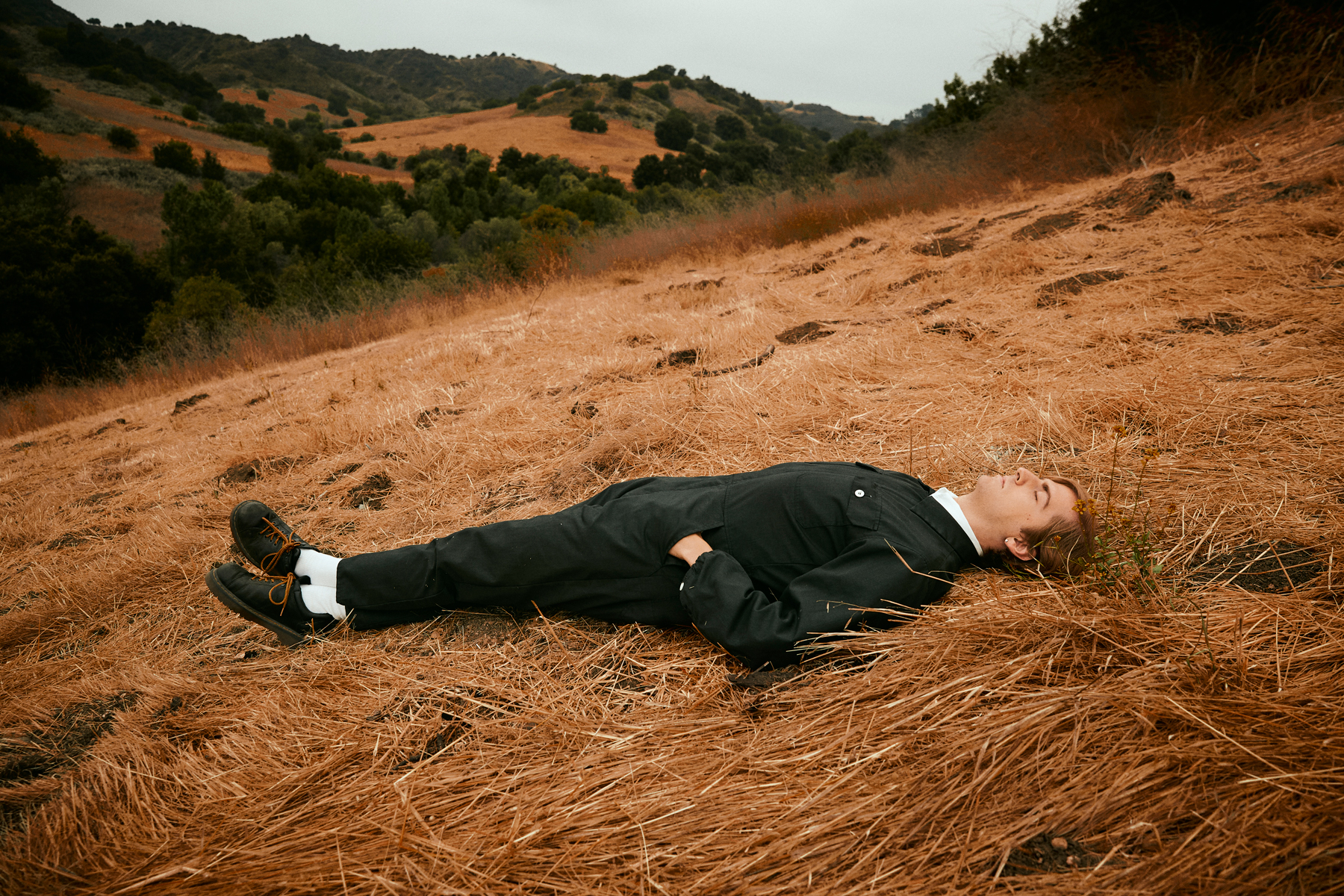 One approach that helped Hutson feel more comfortable in his own voice was inspired by his hero Elliott Smith’s most identifiable studio trick: double-tracked vocals, a technique in which a singer layers two separate vocal takes together to add depth and richness to the recording. “I have to sing the song very matter-of-factly in order to do it again in the same way, so for me it makes me sound more relaxed and more myself,” says Hutson. “[Using double-tracked vocals] is when it started to sound like an album, instead of a bunch of really good musicians, and then my shitty voice on top.”

In its final form, the bittersweet nostalgia-noir narratives of Beginners are presented as unadorned acoustic songs with light instrumentation from Bridgers, Oberst, and associated collaborators like Marshall Vore and Nathaniel Walcott. Written over the span of many years, the album at times feels as though it tracks Hutson’s coming of age in real time (“I don’t remember getting older/But I’m slowing down” he sings early on). The sweetly romantic “Twin Soul” (“Covering our heads with a coat/When you said, ‘We could be more than friends”) was written, Hutson says, after he “had a really good day on tour in Norway.”

Hutson prefers to discuss the bruised origins of his music in vague terms, but he says that  songs like “Talk” and “Lose This Number” are re-imaginations of “the circumstances of what the adults in your life were going through at the time you were a child.” Hutson’s poignant lyricism is on display on the latter song, which offers up a heartbreaking image of an adult reflecting on painful childhood separation. “I want to crawl into this daydream I’m having/And live here forever,” he sings in a double-tracked whisper. “Confetti blowing into the ocean/The three of us finally together.”

Then there’s “Get the Old Band Back Together,” a song that was partially inspired by a listless band Hutson grew up around as a teenager, which he claims once kicked out a member for wanting to get a day job.

“I realize the irony of what I’m about to say, considering how long I worked on my record,” he says, “but it’s about this band that’s been around for so long and has never put out any music.”

He swears the song is not about himself. “It was a really funny situation,” Hutson adds, “because it wasn’t my life.” 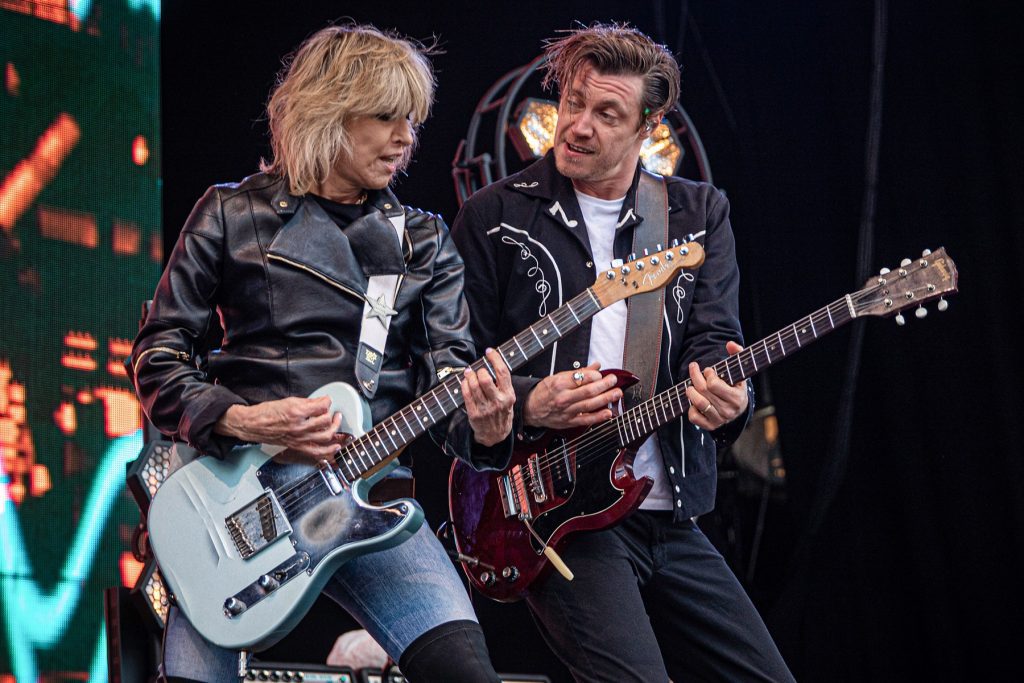 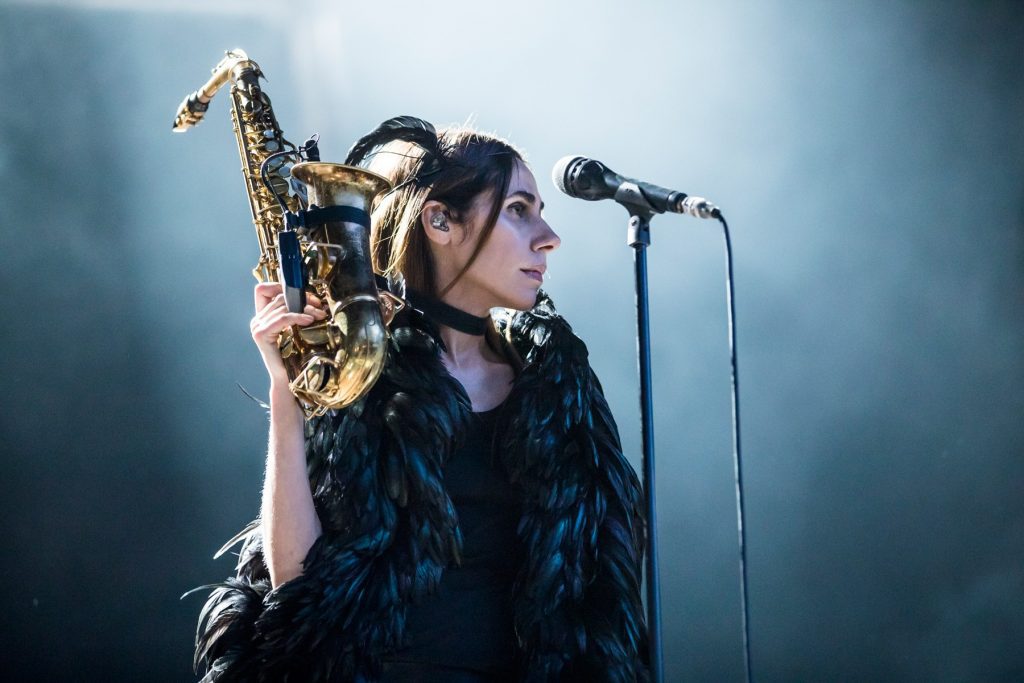 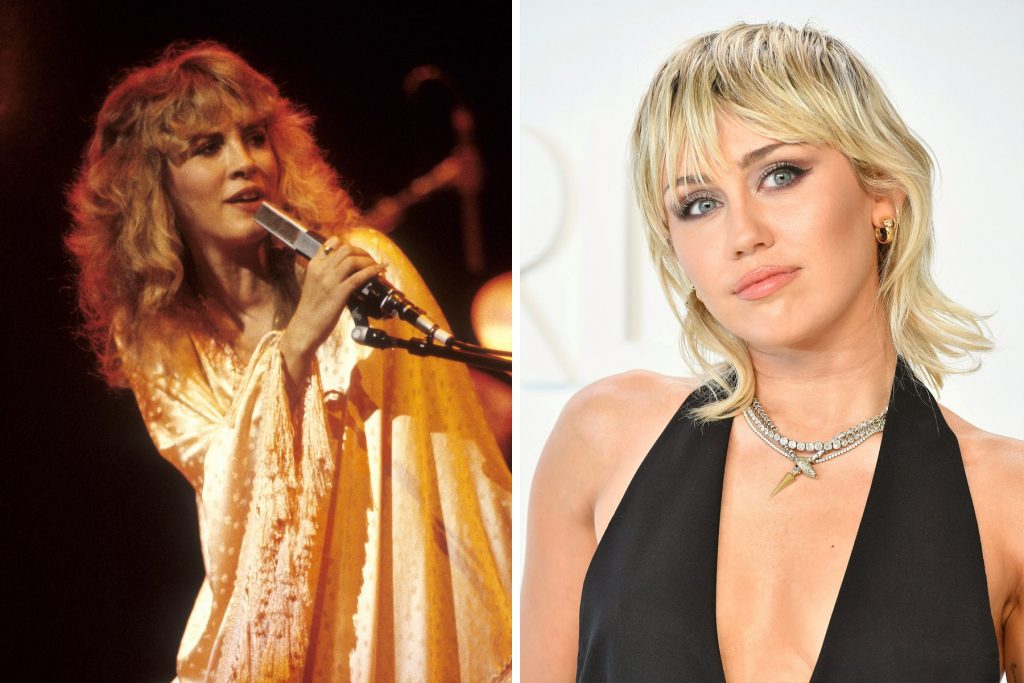 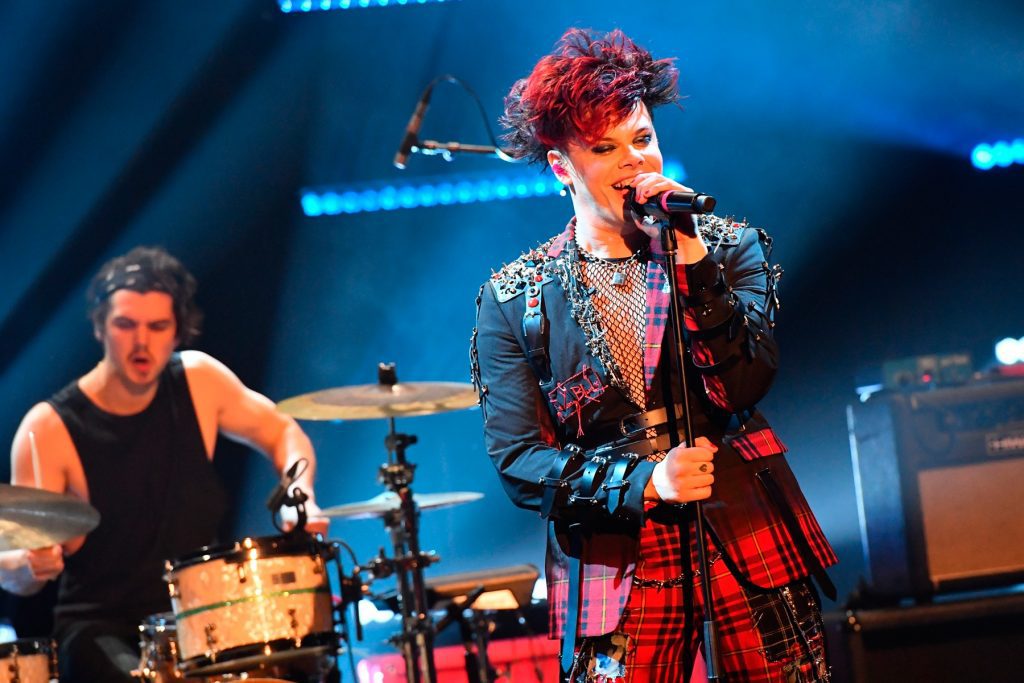 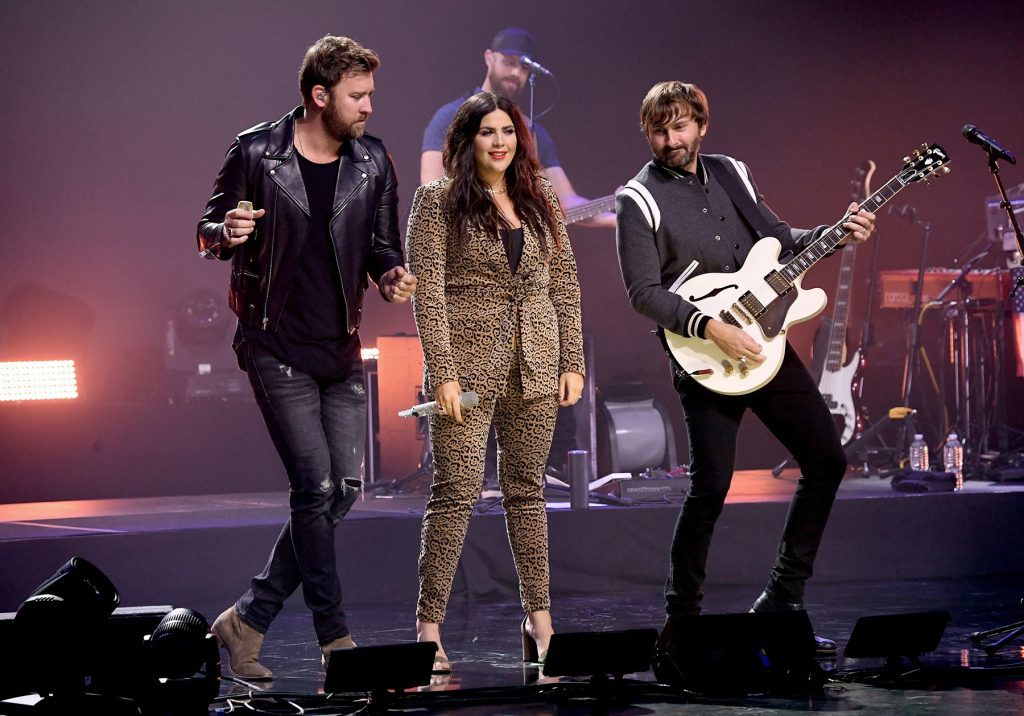 Lady A, the Country Trio, Are the Newest Members of the Grand Ole Opry