From the streets, to the 20,000-plus seats filled at Madison Square Garden, to the millions online, El Alfa’s La Leyenda del Dembow World Tour stop on Oct. 22 was nothing short of a triumph. The artist, born Emanuel Herrera, is the first star from the Dominican Republic’s dembow genre to headline the arena, and his performance there was a landmark statement about the authority that Dominican acts hold in el movimiento — the musical movement — across Latin America and the world.

Dembow is a source of constant reinvention that, in recent times, has found its way over to songs by Major Lazer and even Ed Sheeran. Historian Jennifer Mota has explained how the genre evolved in the 2000s in parallel to the sound of reggaeton, moving from “a fast-paced revival of iconic Jamaican dancehall loops” to “its own individual entity framed by cultural-specific phrases, peculiar samples and beats incorporating African diasporic sounds including Brazilian funk and hip-hop’s synthesized sounds.” Yet as influential as dembow has been over the years, its artists have often been marginalized; for decades, the Latin music space has minimized the historical and cultural weight that Dominicans have brought to the table since the movement’s inception. In other words, El Alfa’s moment at the Garden was a long time coming.

The show opened with a standing ovation from the crowd, and an even more emotional response from El Alfa as he began the evening in a green leather jacket. This was the night that el movimiento had been waiting for. The set list was consistently engaging, and featured a number of artists from across the genres of hip-hop, reggaeton, house, and bachata as El Alfa dominated the stage. 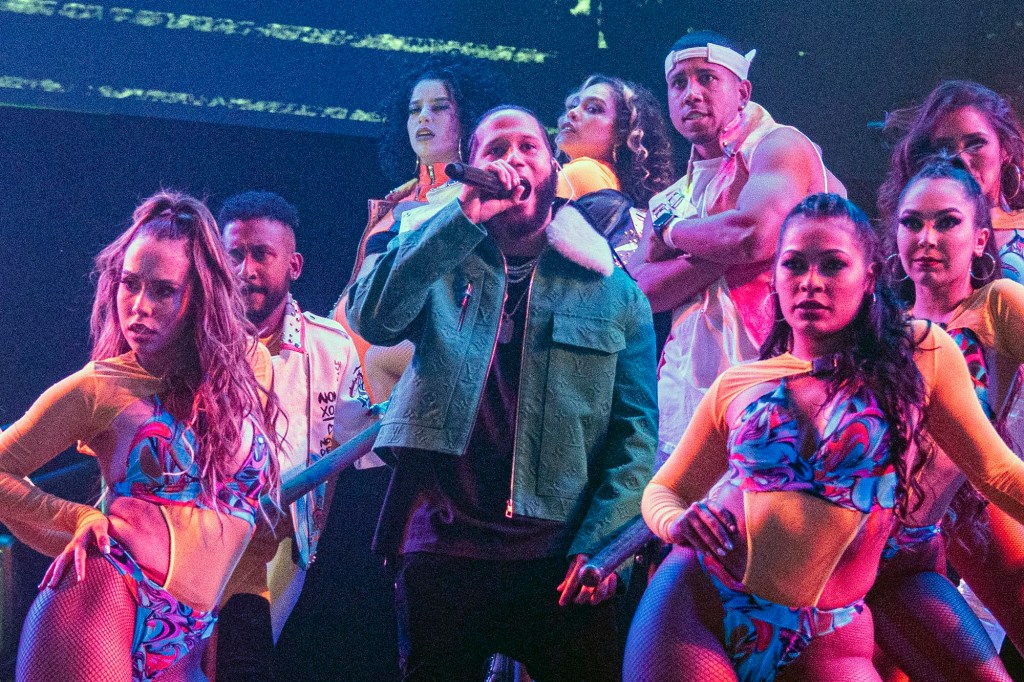 The exciting night featured reggaeton acts such as J. Balvin and Farruko, fellow island Dembowseros such as Shelow Shaq, Cherry Scom, Kiko El Crazy, Mark B, New York icon Funkmaster Flex, Tali Goya, and countless others. This was a moment for the history books. El Alfa was dedicated to sharing the space with every branch of the Dominican dembow genre’s family tree; he understands the privilege he has to be an ambassador for the genre at this level, and he demonstrated that by giving flowers to those on and off the stage.

El Alfa tells RS he’s still processing the moment: “This is the success of the Dominican Republic, not just mine, of Dominican culture, and I feel very happy to be a part of it.” He has been working towards this his entire career, spanning over 14 years. “I am in shock because the love was on a level I didn’t anticipate,” he adds, a testament to his passion and resilience.

The highlight of the night was the contagious outpour of emotion as El Alfa and Cherry Scom shared the stage, quickly followed by Farruko’s surprise solo presentation of his global hit “Pepas.” Cherry, an up-and-coming Internet sensation of the genre, incorporated his notorious quirky sense of humor into his time on stage, and the crowd ate it up. Cries of “Cherry! Cherry! Cherry!” reverberated from fans throughout the stadium, as El Alfa and Cherry amicably bickered over moving the performance along. Farruko’s performance exemplified a sense of brotherhood, as the Puerto Rican pop star was able to show his respect for the dembow genre’s influence on his global hit. “Lo mas cabron es que el dembow te corono puñeta,” Farruko exclaimed to the crowd: “The hottest thing about tonight is that dembow crowned you.” He performed “Pepas” almost like a karaoke moment, and the crowd rejoiced in praise from beginning to end. 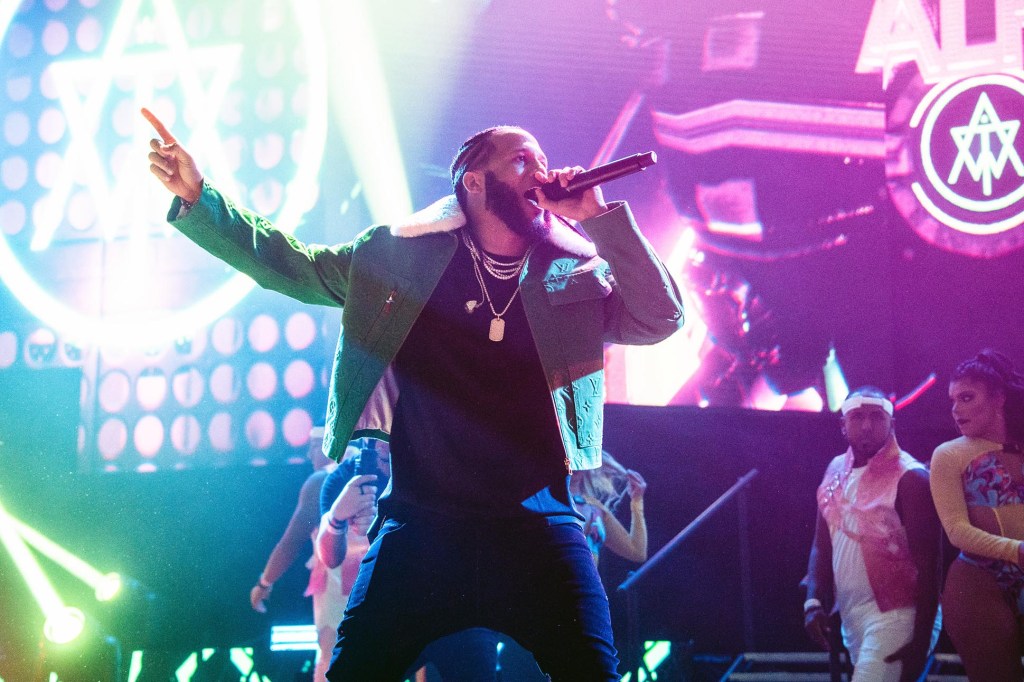 El Alfa at the Garden.

The concert was three hours of complete and utter joy, laughter, pride, and magic as El Alfa intentionally put on for the next generation to come. “I want the world to know, especially the youth, that you have to work hard and you will make it,” he explains. His show at the Garden was a non-stop party that showed the world that the ostracism and exclusion of dembow is woefully outdated. While the dembow genre is largely celebrated for its ability to spark a party, its cultural and political significance is just as worthy of applause and critical recognition.

The night closed out with a performance of El Alfa and Axel Rulay’s technobow (techno plus dembow) song “Si Es Trucho Es Trucho.” “Ahora, todos, prendan los celulares,” he commanded the crowd  — “Everyone turn on your camera light.” A harmonious sing-along followed as the words echoed  throughout the arena.

The entertainer’s closing remarks were simple and powerful: “We, the movement, are declaring Oct. 22 as the international day of Dominican dembow.” It was a night of monumental cultural importance. El Alfa’s “14 years of tears and sacrifices” have led him to a dream-turned-reality, and his success at the Garden laid the blueprint for even more significant moments to come.