Rounding out IndieLand’s coverage of the Best Music Cities and Venues, the three-day digital event will be a celebration of some of the country’s best musical hubs, focusing on New York City, Los Angeles, and Nashville. The lineup will feature local artists, producers, venue owners, and more — all coming together to represent their favorite cities and personify their musical spirits. 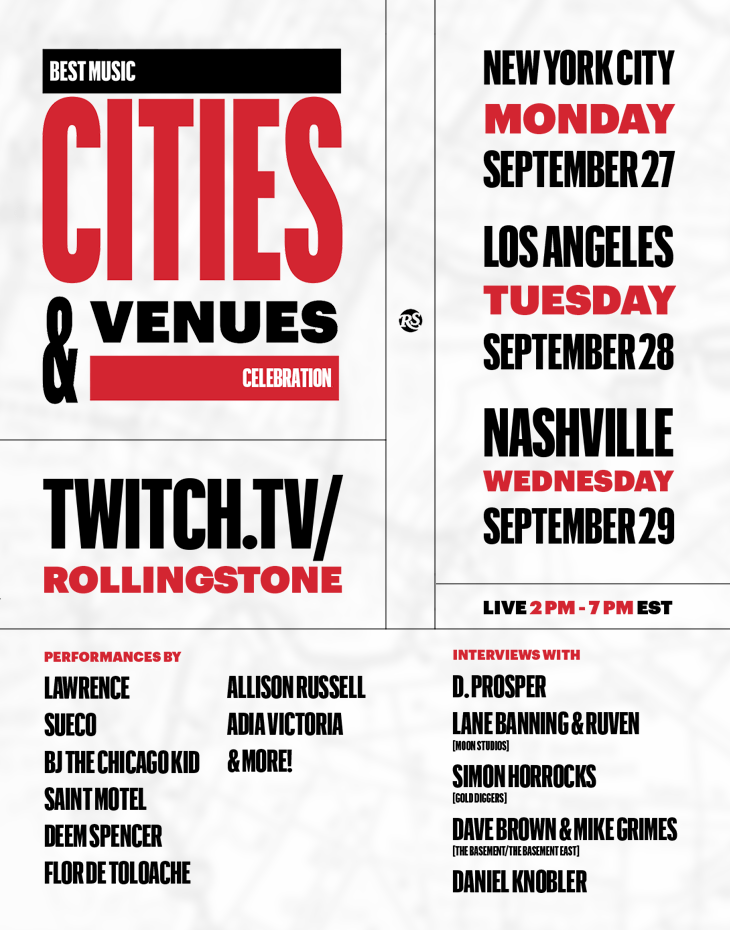 Day one will feature talent from across New York City, including performances by Deem Spencer, Flor de Toloache, and Lawrence, and interviews with D. Prosper, founder of Soul in the Horn,  recording artist, Ruven, and Moon Studios founder, Lane Banning.

And finally, day three will bring the event to a close celebrating the Music City – Nashville, Tennessee. The lineup includes live sets from Daniel Tashian, Allison Russell, and Adia Victoria, a musical discourse with producer Daniel Knobler, and talks with Dave Brown and Mike Grimes, founders of the Basement and the Basement East.

The event can be viewed live exclusively on IndieLand’s Twitch channel, from 2 p.m to 7 p.m. ET daily this coming Monday through Wednesday­. Check out the channel page for more information on scheduling. Follow IndieLand on Twitch to be a part of the story in the chat and subscribe for exclusive bonuses. You can also join the discussion 24/7 on the official Discord channel.

What Was It Like to Play Bass for Prince?

Earth, Wind & Fire Team With Babyface, Lucky Daye for ‘You Want My Love’