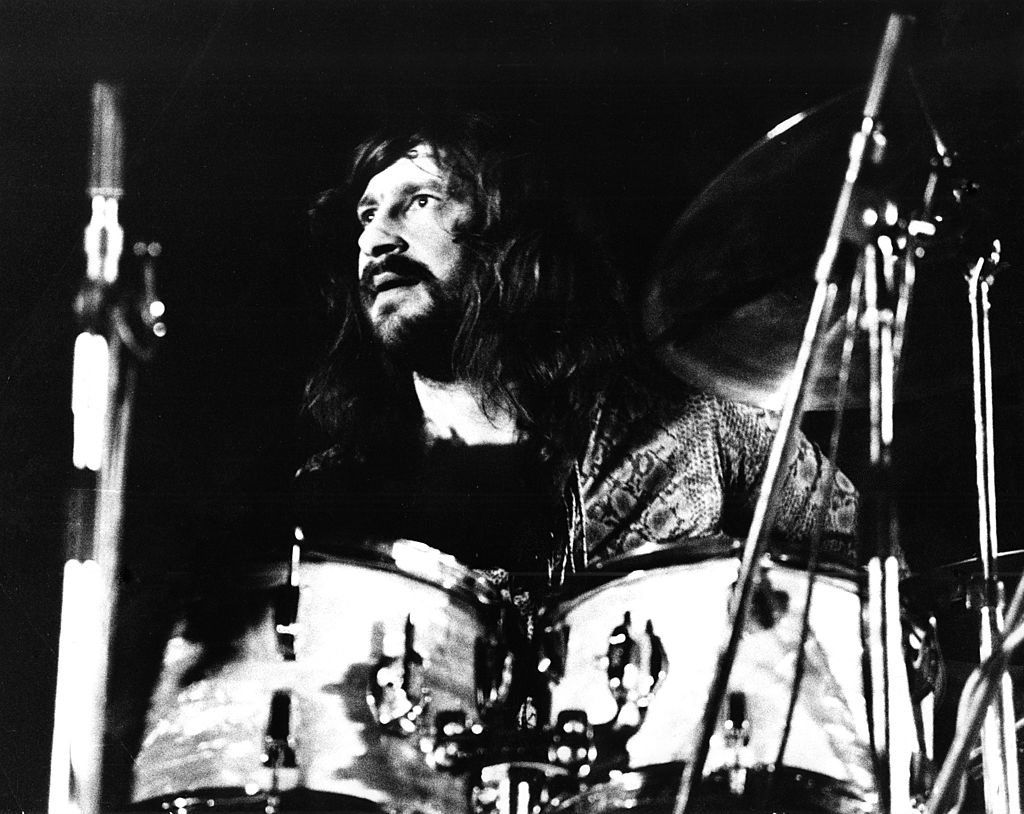 Graeme Edge, drummer and co-founding member of the Moody Blues, has died at the age of 80. The Rock & Roll Hall of Fame-inducted British prog band announced Edge’s death Thursday. No cause of death was revealed.

“It’s a very sad day. Graeme’s sound and personality is present in everything we did together and thankfully that will live on,” Moody Blues singer Justin Hayward wrote on Facebook. “When Graeme told me he was retiring, I knew that without him it couldn’t be the Moody Blues anymore. And that’s what happened. It’s true to say that he kept the group together throughout all the years, because he loved it.”

Moody Blues bassist John Lodge added on Twitter, “Sadly Graeme left us today. To me he was the White Eagle of the North with his beautiful poetry, his friendship, his love of life and his ‘unique’ style of drumming that was the engine room of the Moody Blues…”

Edge was a member of the Moody Blues from their formation in 1964 — when they briefly featured future Wings member Denny Laine, who features on their first hit “Go Now” — through his death; as Lodge and Hayward joined following Laine’s departure in 1966, Edge was the only Moody Blue to be a member of the band’s entire existence, although the drummer retired from touring in 2019.

“When Denny Laine left, that almost broke up the band,” Edge told IndieLand in 2018. “We had to get a new lead vocalist and [bassist] John [Lodge] came in. That’s when we started to reorganize and rethink our direction.”

“In the late Sixties we became the group that Graeme always wanted it to be, and he was called upon to be a poet as well as a drummer,” Hayward added. “He delivered that beautifully and brilliantly while creating an atmosphere and setting that the music would never have achieved without his words.”

In addition on every Moody Blues album, Edge also provided the spoken word interludes, like “Late Lament” on the album version of “Nights in White Satin” (recited by pianist Mike Pinder) and “Departure,” which opened the 1968 LP In Search of the Lost Chord and preceded the hit “Ride My See-Saw.”

In 2018, IndieLand spoke to the Moody Blues for an oral history about “Nights in White Satin,” including Edge’s contribution to the hit.

“I was trying to write a song… called ‘Morning Glory,’ with lyrics between morning and evening,” Edge said. “Then I went to the guys and said, ‘Can you do anything with this?’ I spoke the lyric out to them and they looked at me and said, ‘There are just too many words. There’s no way you can sing this!’ Then Tony Clarke said, ‘Oh, make it a poem!’”

Edge continued, “At the time Mike [Pinder] had a much more gravely kind of voice. Cigarettes and whiskey had modulated his chords a bit more than mine. If you had a high-pitched voice it doesn’t really work on the poem.”

(As for the song’s success, Edge joked, “Some time later they interviewed the DJ who got it going in Seattle and he said, ‘I was on the graveyard shift and I wanted to go out into the car park and smoke my bum and ‘Nights in White Satin’ was long enough to smoke.’ If anybody asks me, ‘To what do you owe your success?’ I say, ‘A junkie DJ.’)

Edge featured on each of the Moody Blues’ 16 studio albums, from 1965’s The Magnificent Moodies to 2003’s Christmas-themed December, the only member to play on every LP.

Hayward added Thursday, “Graeme was one of the great characters of the music business and there will never be his like again.”

Upon the Moody Blues’ induction into the Rock Hall in 2018, Edge delivered a memorable speech at the ceremony: “I’m not gonna make a long speech. I’m 77 years old, I ain’t got time. The first thing I want to do… I want to thank Justin and John for putting up with me for 50 years and counting. I want to thank me for putting up with Justin and John for 50 years and counting. I want to thank everyone in the world that’s ever helped me. You know who you are. Thank you. And all the people in the world that haven’t helped me… screw you.”