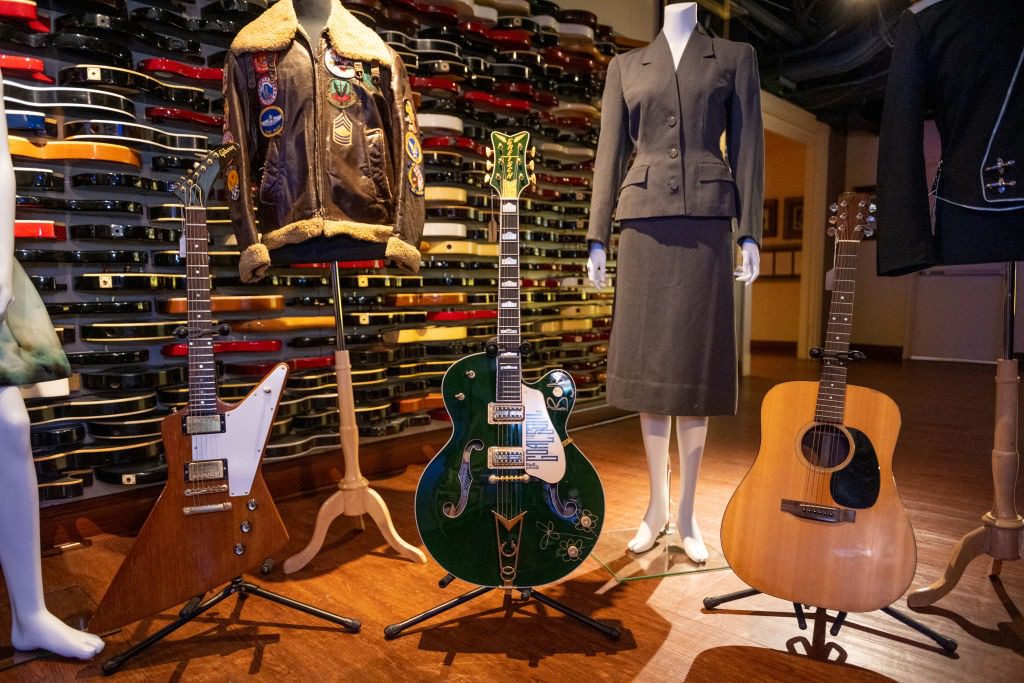 Guitars owned by U2’s the Edge, Eddie Van Halen, Elvis Presley and Eric Clapton were among the highest-bid items at a rock-themed auction that raked in over $5 million this weekend.

Despite the controversy surrounding Clapton’s stance on vaccination mandates and Covid lockdowns, people still really like the song “Layla,” as Clapton’s stage-used acoustic guitar from his time with Derek & the Dominoes sold for an auction-high of $625,000, beating its $500,000 pre-auction estimate. (Clapton’s handwritten lyrics for “Layla” sold for $37,500, however, the low-end of its pre-auction estimate.)

(However, some of the auction’s more notable, previously announced items — like Kurt Cobain artwork and Robert Plant’s handwritten lyrics for Led Zeppelin’s “Kashmir” — never made it to the auction block for unspecified reasons.)

It wasn’t just instruments that hit surprisingly high bids that exceeded expectations: This terrifying painting of a clown by Frank Sinatra in 1991 somehow sold for $56,000, five times its pre-auction estimate. The mask featured on the cover of Quiet Riot’s Metal Health LP scored a $50,000 high bid, and the Go-Go’s Belinda Carlisle’s own Germs t-shirt — the punk band she was a member of prior to her own Rock Hall-inducted outfit — sold for a whopping $22,000, over 20 times its expected sale price.