The Bristol Rhythm & Roots Reunion has announced its 2021 lineup. Jason Isbell & the 400 Unit, Tanya Tucker, Blackberry Smoke, Dr. Dog, and Yola are among the artists headlining the September festival, held at the “Birthplace of Country Music,” the Tennessee-Virginia border city of Bristol.

The 2020 Bristol Reunion was canceled because of the pandemic, but the 2021 is set to return September 10th through 12th. Along with Isbell and Tucker, the lineup includes the Steeldrivers, recent Grand Ole Opry inductee Rhonda Vincent, Hayes Carll, Jim Lauderdale, Amythyst Kiah, Town Mountain, Charley Crockett, Morgan Wade, Kelsey Waldon, Jesse Dayton, and Bill & the Belles, among a host of others.

“We worked hard to keep our lineup as consistent as we could with the lineup we had hoped to have at last year’s cancelled event, but the pandemic forced us to make some difficult decisions,” Leah Ross, the executive director of the Birthplace of Country Music organization, said in a statement.

The festival’s lineup announcement arrives on the same day as news of Bonnaroo’s lineup, which will be held 265 miles southwest in Manchester, Tennessee, the weekend before the Bristol Reunion. Jason Isbell & the 400 Unit are also on the Bonnaroo lineup.

Tickets for the 2021 Bristol Rhythm & Roots Reunion are on sale now. A weekend pass costs $100 plus taxes and fees. 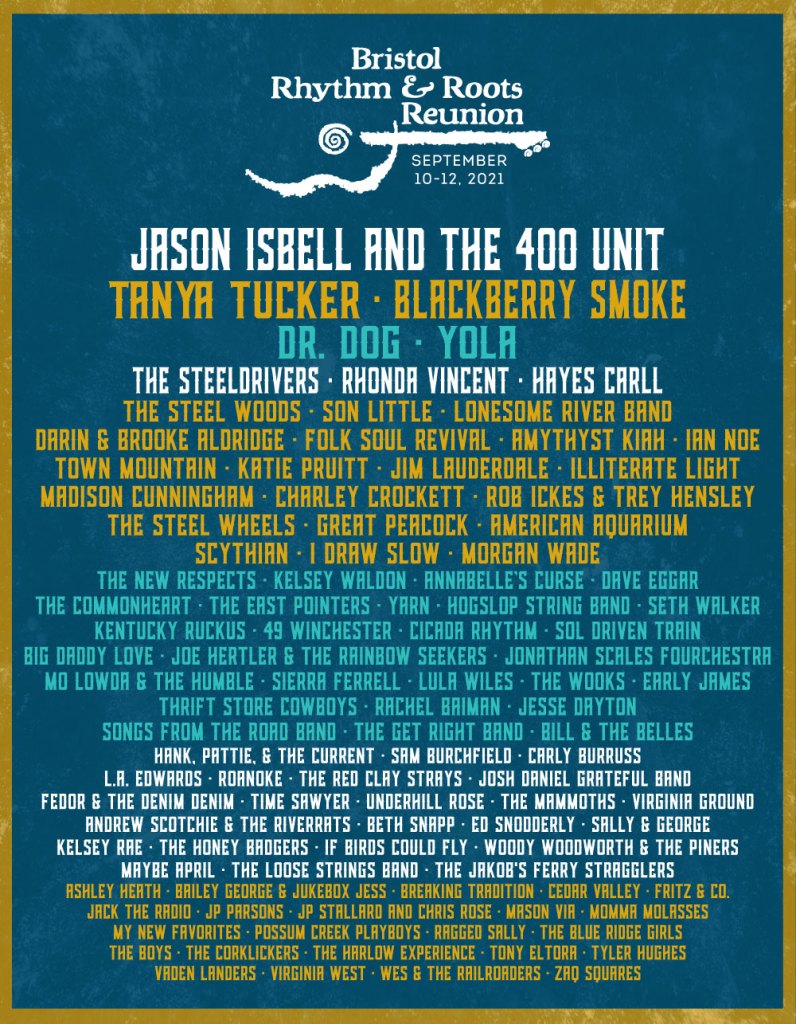