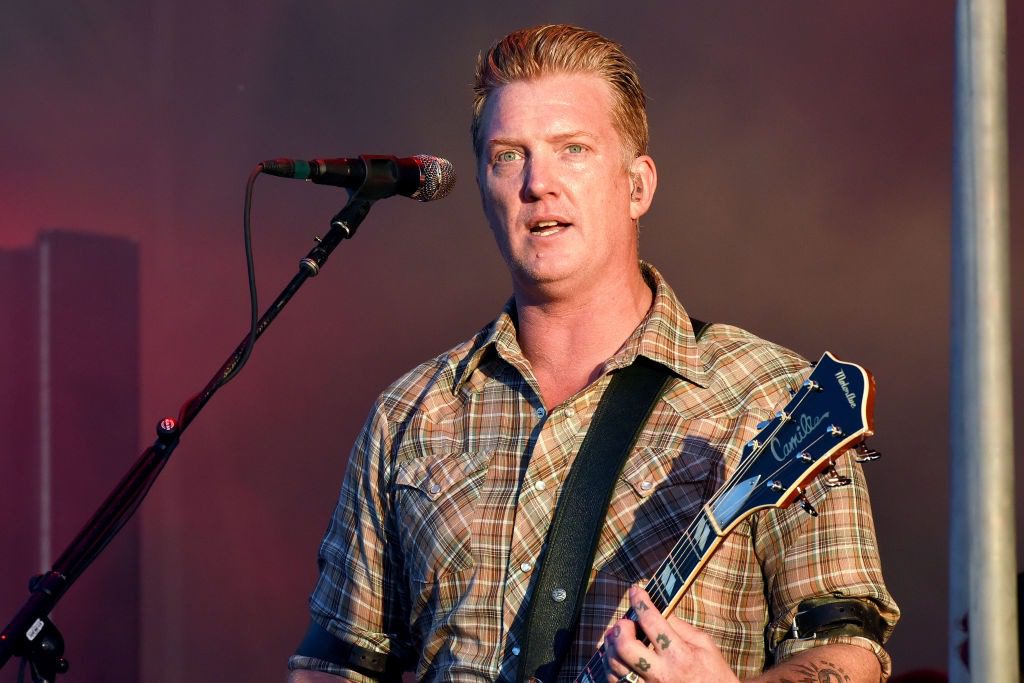 UPDATE (9/12): Two days after a judge denied Josh Homme’s two children’s restraining order applications, a judge has granted his third child’s application, per TMZ. Camille Homme, 15, asked for a restraining order against her rocker father for both herself and her two siblings. The judge denied the two siblings but granted Camille’s, requiring Josh Homme to stay at least 100 yards from her.

Two of Josh Homme’s children have filed domestic violence restraining orders against their father. In the documents, obtained by IndieLand, the Queens of the Stone Age singer is accused of both physical and verbal abuse, driving under the influence with his children in the car, and threatening to “fucking murder and kill” his ex-wife Brody Dalle’s boyfriend.

The restraining orders ask that Homme stay 100 feet away from his two sons as well as the family dog Bob at all times. As TMZ noted Friday, judges in two Los Angeles County courthouses both denied the request. However, the judges involved said that restraining orders can be brought up at a previously scheduled custodial court date that was set for September 13th.

Homme’s lawyer Susan Wiesner told IndieLand in a statement: “The allegations made by Ms. Dalle against Mr. Homme are categorically false. In order to protect the children, we will not be making any further statements.”

In separate restraining orders, 10-year-old Orrin Ryder Homme and 5-year-old Wolf Dillon Reece Homme gave handwritten accounts about the physical and verbal abuse they allegedly endure, including the most recent incidents; it’s unclear whether the boys filled out the restraining orders themselves or if their accounts were dictated and transcribed.

In August 2021, Orrin Homme writes, “Joshua Homme, myself, and [Queens of the Stone Age] Dean Fertida were sitting on the couch and my dad Joshua Homme reached over and grabbed my private parts even when I told him to stop and kept saying ‘Balls’ over and over.” Other alleged physical abuse comes in the form of “pushes and shoves,” thrown items, and “hits on the head.”

That same month, Orrin says that Homme consumed “cocktails you can buy at the liquor store” while driving with him and his little brother Wolf in the vehicle.

As for the alleged verbal abuse, Orrin’s restraining order states, “My dad calls me a liar and a traitor. He calls me fat and tells me that my mom says I’m fat. My dad screams in my face when I’m sleeping and punches the bed. He tells me that he has murdered people.” Orrin writes that his father has also threatened to murder Dalle’s boyfriend Gunner. “My dad said he was going to murder, shoot, and kill my mom’s boyfriend Gunner. I am scared he is going to hurt to kill them.”

Asked for an overview of the abuse on the restraining order form, Orrin states, “It’s all the time and I am scared.”

Five-year-old Wolf offers similar accounts, corroborating the alleged verbal abuse and violent threats against Dalle’s boyfriend. “He is scary. I am scared when I go to Dad’s,” Wolf’s restraining order states.

Wiesner told TMZ in a previous statement, “Ms. Dalle has previously brought these claims to the police, DCFS, and the presiding judge of the family law court, all of whom have declined to take any action based upon these spurious claims.”

A week before the children’s domestic violence restraining orders, Homme’s lawyers filed legal paperwork taking issue over Dalle’s custody of their three children. In that document, Homme says Dalle “currently has our children and refuses to return them to me for my custodial time, has withheld them from school and is non-responsive as to their whereabouts.”

View this document on Scribd