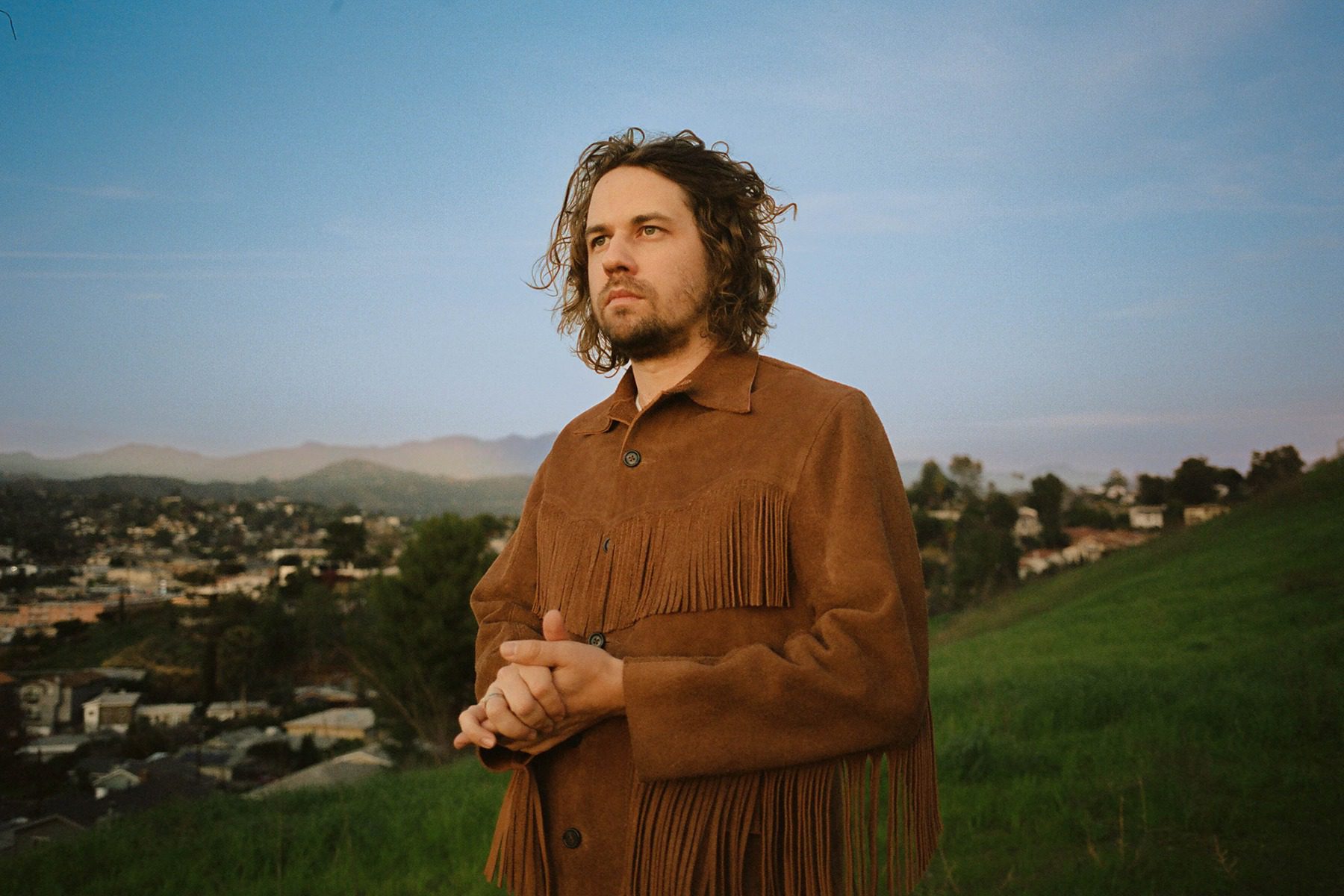 There’s something strange about Memphis. Nestled along the muddy waters of the Mississippi River, the city lies shrouded in an aura of perpetual gloom, its skyline dominated by a mammoth, metal-clad pyramid filled not with treasures, but a Bass Pro Shop superstore. Unable to escape its murky past — yellow fever, massacres and assassinations, untimely demises — the city remains burdened by the stench of death lingering in the hot, humid air.

It’s not the happiest place on earth — but it does make an ideal locale to ruminate on mortality. So, when it came time to begin work on his introspective seventh studio record, singer-songwriter Kevin Morby ventured off to Memphis, holed himself up in the city’s historic Peabody Hotel, and began his search for not only artistic inspiration but also a sort of metaphysical reawakening.

The result of that Tennessee sojourn is This Is a Photograph — an album of emotional ephemera set to song, culled from lives lived and lives imagined. Largely semi-autobiographical in nature and bookended by tracks inspired by Morby’s parents, the record alternates between worry and resignation, frenetic manifestations of nervous distress and quiet moments of humility. The songs are linked together by Morby’s own field recordings — the chatter of children playing in a yard, the Mississippi lapping on the shore, the call of a tufted titmouse — and buffeted by the sweeping instrumental arrangements and chorus of backing vocals emblematic of the songwriter’s previous output.

Unsurprisingly, This Is a Photograph is a house of spirits, haunted by the ghosts of Jeff Buckley, of Jay Reatard, of childhood and innocence and moments long past. The meandering epic “Coat of Butterflies” begins as an homage to Buckley — who died in Memphis in 1997 after accidentally drowning in the Mississippi — before transforming into a self-reflective meditation on days spent “young love drunk and dreaming.” Elegiac “It’s Over” finds Morby reminiscing about former bandmates and his time in Los Angeles as he crosses the threshold into Real Life Adulthood, burdened by the uncomfortable weight of Real Life Responsibilities. The album’s spectral qualities extend beyond its lyrical content, too. Morby tends to end phrases prematurely on specific words — not because they have significant meaning, but because of the way they linger in the silence, phantomlike and slow.

The Mighty Mississippi also maintains a looming presence across the record — a fitting recurring motif for an album whose songs fixate on a cast of characters constantly adrift, grasping for emotional liferafts. Whether channeling the restlessness brought on by a disinterested lover (“Five Easy Pieces,” buoyed by a Daniel Johnston-esque piano progression) or pleading for assistance from a friend (“Random Act of Kindness”), Morby is seemingly consumed by the feeling of being unmoored and directionless. The Kansas City native has spoken openly about his struggles with anxiety, and this internal battle manifests itself throughout This Is A Photograph. Yet even the album’s most paralyzing moments of psychological dread — a sing-song refrain of “all gonna laugh at you, they’re all gonna laugh at you” (“Rock Bottom”), the realization that “all the people you knew were all mad at you” (“Disappearing”) — are put at ease as Morby slowly, but confidently discovers the beauty in the fragility of existence.

The album hits its strongest points when Morby opens himself up to reckless abandon, stripping himself of the introspective pretenses of soul-searching and instead embracing the unpredictable chaos of life and all its imperfection. Nowhere is this more apparent than on “Stop Before I Cry” — a tender ode to his longtime partner, Katie Crutchfield of Waxahatchee, that finds Morby at his most vulnerable. Set against the now-inescapable backdrop of the pandemic (“And I wanna go out dancing, soon as the world returns,” he sings. “’Cause baby when you’re dressed up, it’s hard to find the words”), Morby praises Crutchfield for her unwavering devotion in spite of his struggles and flaws. Here, their shared lives as both lovers and musicians is celebrated — even in the most heart-wrenching of ways: “And baby if we part, Katie if I hide, then I can live in your songs forever/And you can live in mine.” In the hands of another songwriter, such a public display of affection could come off as sappy and overly sentimental — but with Morby at the helm, it’s an earnest act of adoration to the woman who very clearly serves as an emotional grounding point amidst his existential wanderings.

Album closer “Goodbye to Goodtimes” sees the culmination of Morby’s self-imposed spiritual journey as he revisits motifs and imagery from previous songs and invokes the presence of larger-than-life figures like Mickey Mantle and Tina Turner. But, there’s no finality in Morby’s “goodbye.” It’s more of an open-ended farewell, one that says, “See you again sometime, maybe.” Celebrating the beauty “of a family growing old, inside the boxing ring of time,” the ghosts of Morby’s past are finally laid to rest as he surrenders to the unknown. They’re boxed up, tucked away like old photographs — always there to revisit when one wants to become enveloped in the bliss of youth, if only for a brief moment. 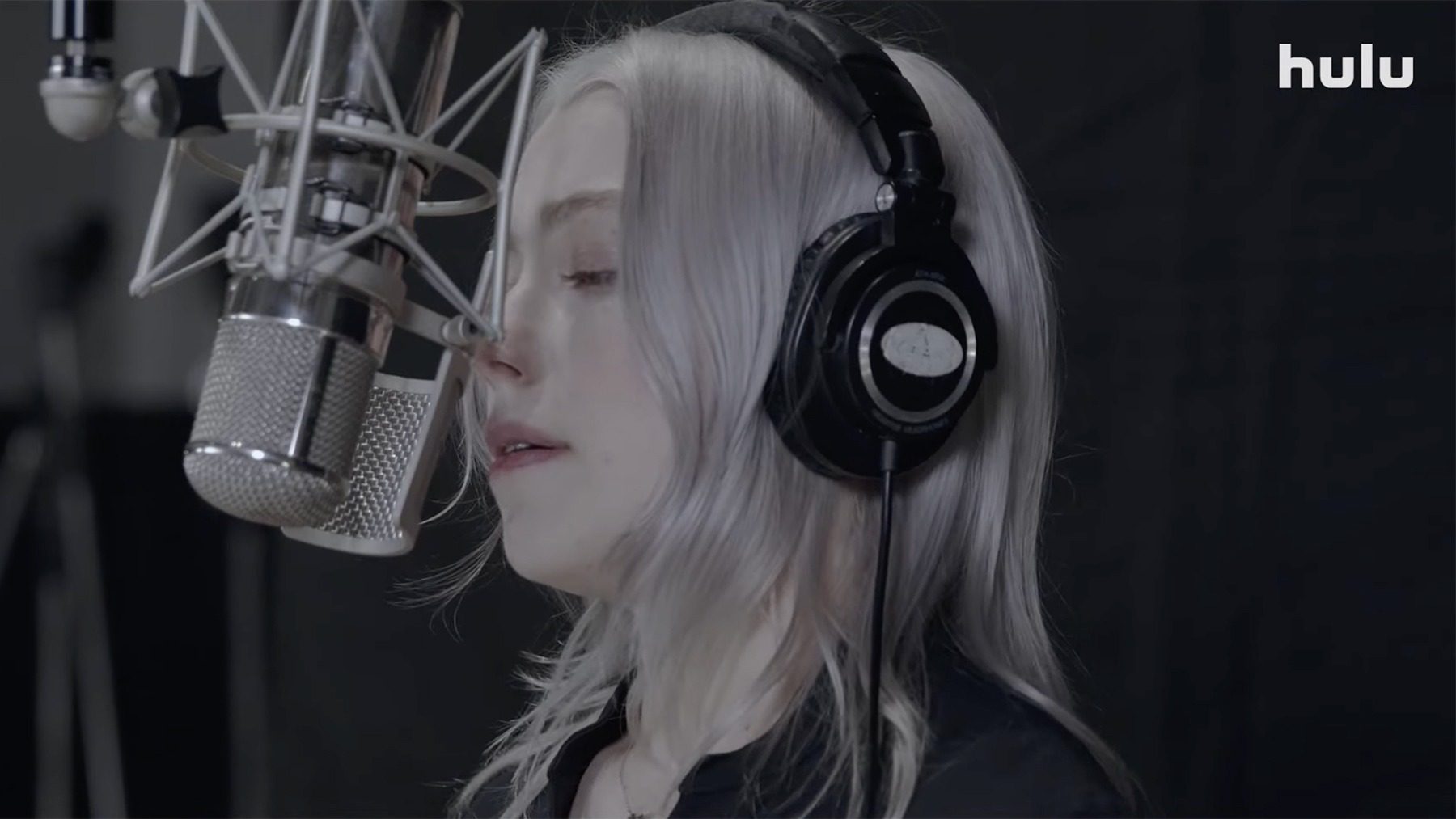 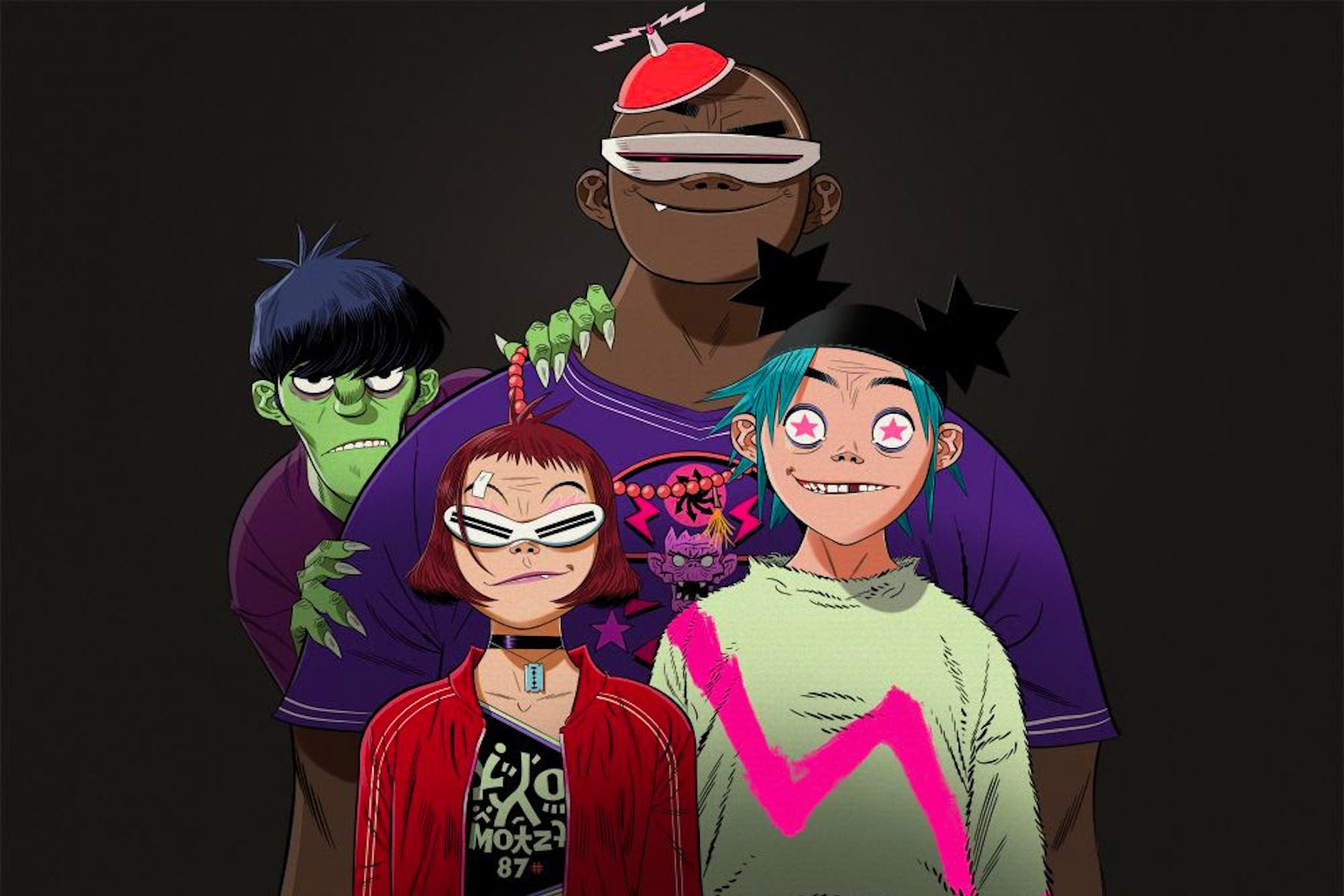 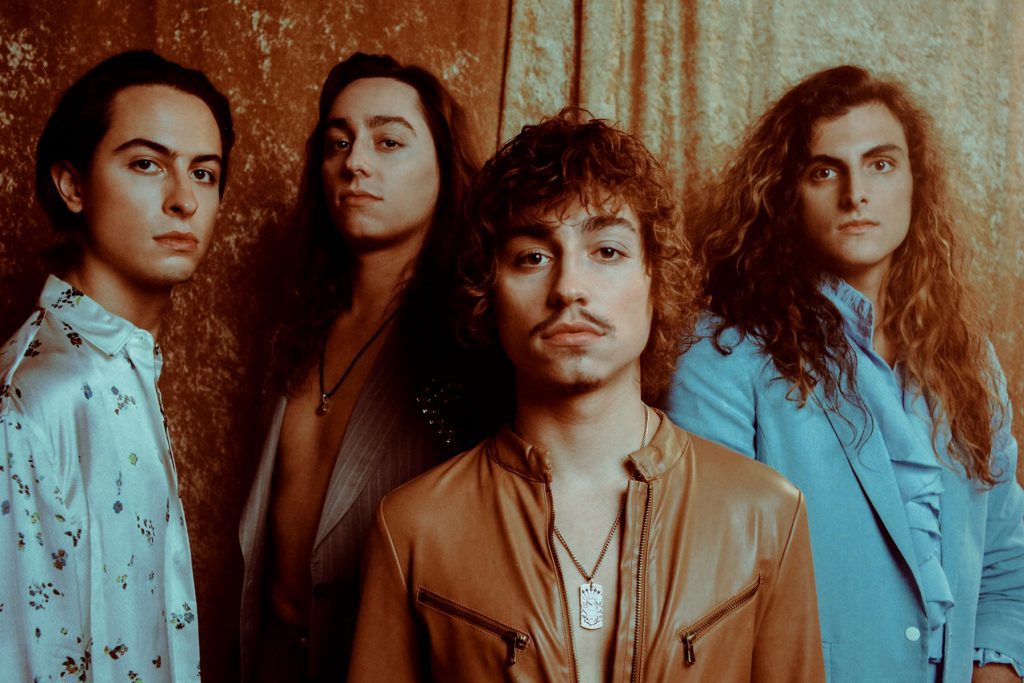 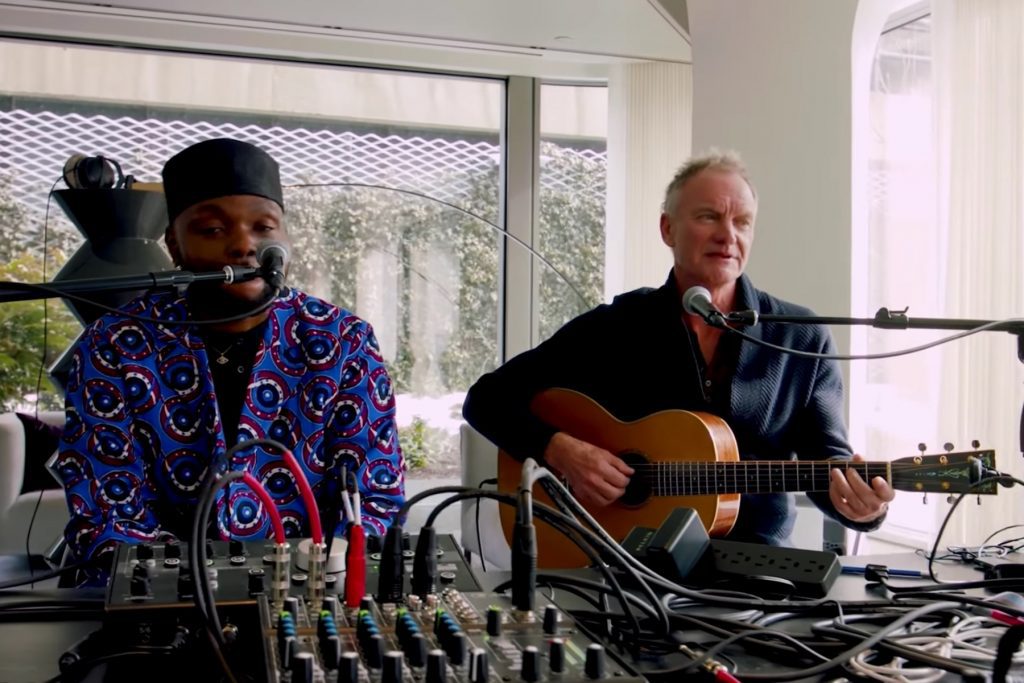 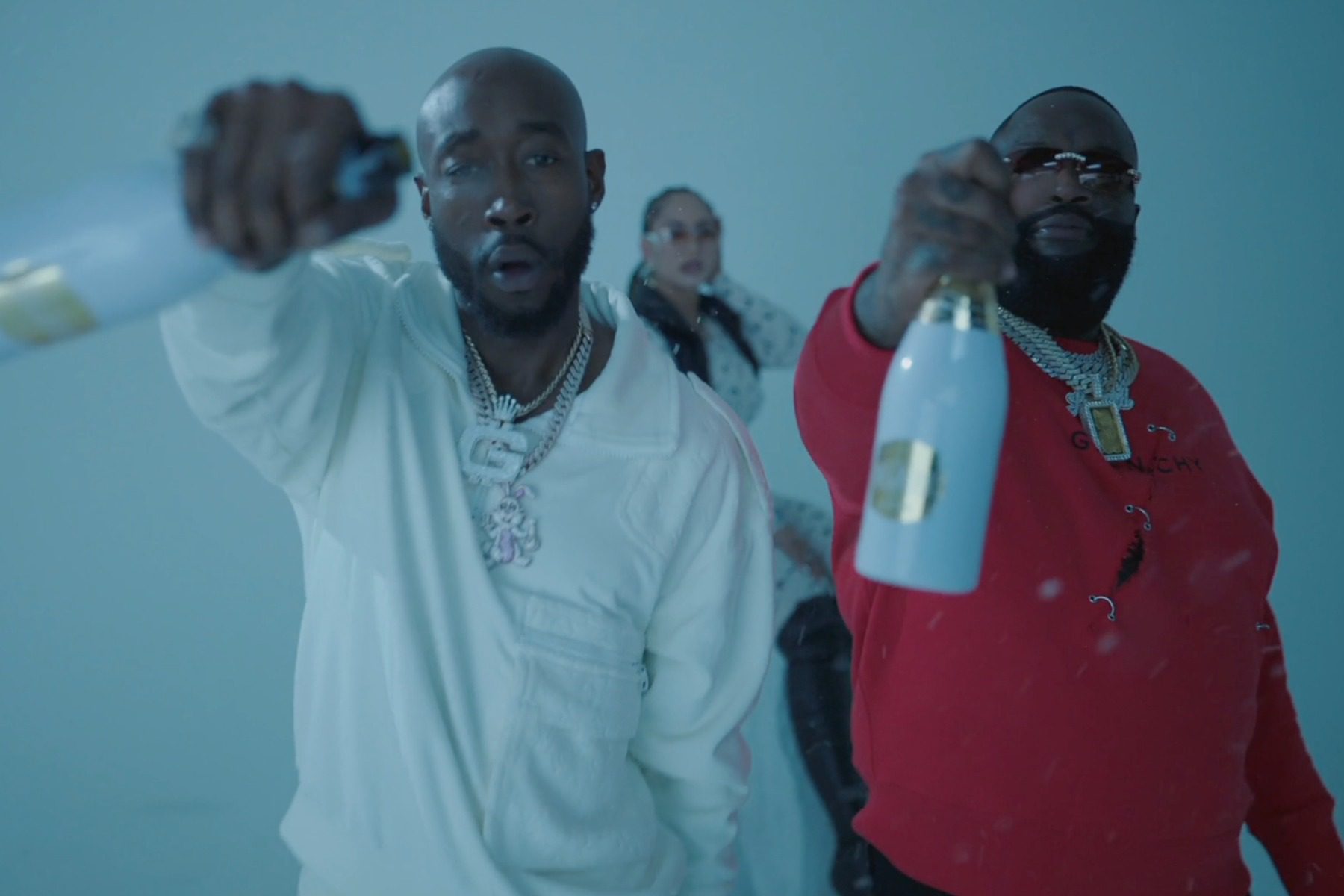