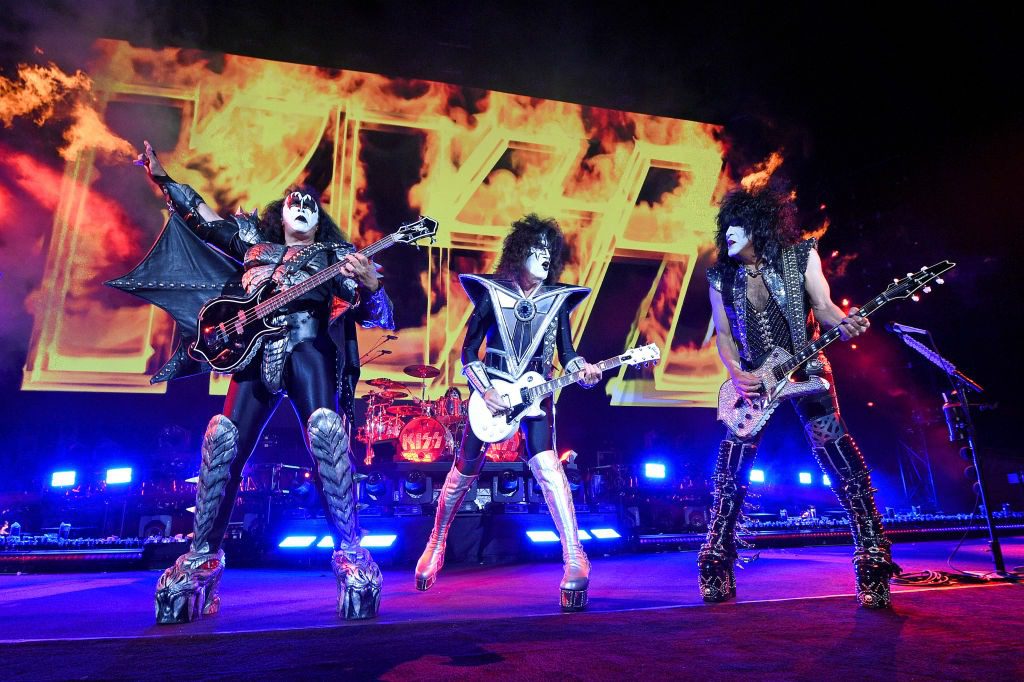 Kiss have canceled their upcoming Las Vegas residency that was set to begin in December.

According to the Las Vegas Review-Journal, Ticketmaster notified ticket holders of the 12-date residency’s cancellation via email. The page to purchase tickets for the Zappos Theater at Planet Hollywood shows was similarly taken down, and the Zappos Theater confirmed on Twitter, “Unfortunately, KISS cancelled their residency.”

Kiss — who are currently at sea on their Kiss Kruise — have not yet commented on the residency’s cancellation; the Review-Journal cites “soft ticket sales” — and not Covid-related matters — as the reason behind the nixed concerts.

In August, Gene Simmons spoke at length to IndieLand about the band’s then-upcoming residency and touring during a pandemic.

Simmons added of the protocols in place, “I would highly recommend for everybody to get two Pfizer or Moderna shots, please — for the rest of us. Even if you believe the Earth is flat, it’s not… The entire road crew must be vaccinated twice. Nobody gets backstage or onstage without wearing masks, and everybody stays at a safe distance and you’ve got to wash your hands and do everything else the CDC says. Don’t listen to politicians. They’re not qualified. Listen to scientists.”

Despite the precautions, members of Kiss and their road crew — including Simmons and Paul Stanley — still tested positive during their subsequent tour, culminating in the death of the band’s longtime guitar tech Fran Stueber, who died two days after testing positive for Covid-19; Stueber was quarantining in a Detroit hotel room at the time of his death.

Roadies and crew members for the band blamed lax safety protocols by the tour’s production team for the situation.

“Every day during the shows, we weren’t tested. And there are so many unknowns,” one crew member told IndieLand. “Did we superspread this, did we spread this thing from city to city? It’s horrible that Fran passed, and it’s horrible if this is our protocol just for us to tour. Is this going to be the normal, to stick someone in a hotel and if somebody dies, ‘Oh, well, off to the next guy?’ ”

Kiss said in a statement, “Our End of the Road World Tour absolutely had Covid safety protocols in place that met, but most often exceeded, federal, state, and local guidelines. But ultimately this is still a global pandemic and there is simply no foolproof way to tour without some element of risk.”