It’s a good example of what BabyTron, born James Johnson, does so well, and why he’s quietly become a fan favorite within the rap world. “I grew up watching Harry Potter, so that’s something I always wanted to do. I had Danny G make the beat and it just came out fire and it was everything I always hoped for,” he says over Zoom. “Same thing with the Star Wars beat on ‘Sith Lord,’ those are the intros and outros.”

The 27-track Bin Reaper 2 is, on paper, a Halloween-themed album. It serves as a formal follow-up to Tron’s 2019 project, Bin Reaper, and manages to maintain its spooky theme without feeling like a gimmick. And the project is part of a prolific pace of releases for the rapper. Last year alone, he released Pre-Game, Back to the Future, and Sleeve Nash, all worthy of repeat listens, and equally filled with quips that’ll stop you in your tracks.

It would appear that, for BabyTron, rapping is more like a sport. His raps are filled with basketball references, and he describes this latest project almost as if it were an athletic achievement. “I got a couple of the signature beat switch songs on there. I got a song on there with four different beat switches. It’s something different that you don’t hear from everybody,” he says.

That gold medal beat switch he’s talking about arrives on the album’s second track, fittingly titled “Next Level.” Over a modulated soul sample layered under stuttering, hyperactive drums, Tron makes easy work of the first beat’s complexity. The bpm basically doubles mid-way through, around beat number two, before an electro sample reminiscent of the infectious Eighties hit “AEIOU Sometimes Y” sends Tron into yet another cadence. “I think that was the last song I had recorded for the album,” he recalls. “I felt like the album was missing something, so I told my engineer, ‘let’s do something crazy.’ We were playing beats and I was like, ‘the last four beats was so hard. I damn near can’t pick one. So I want all of them on the same song.’ ” 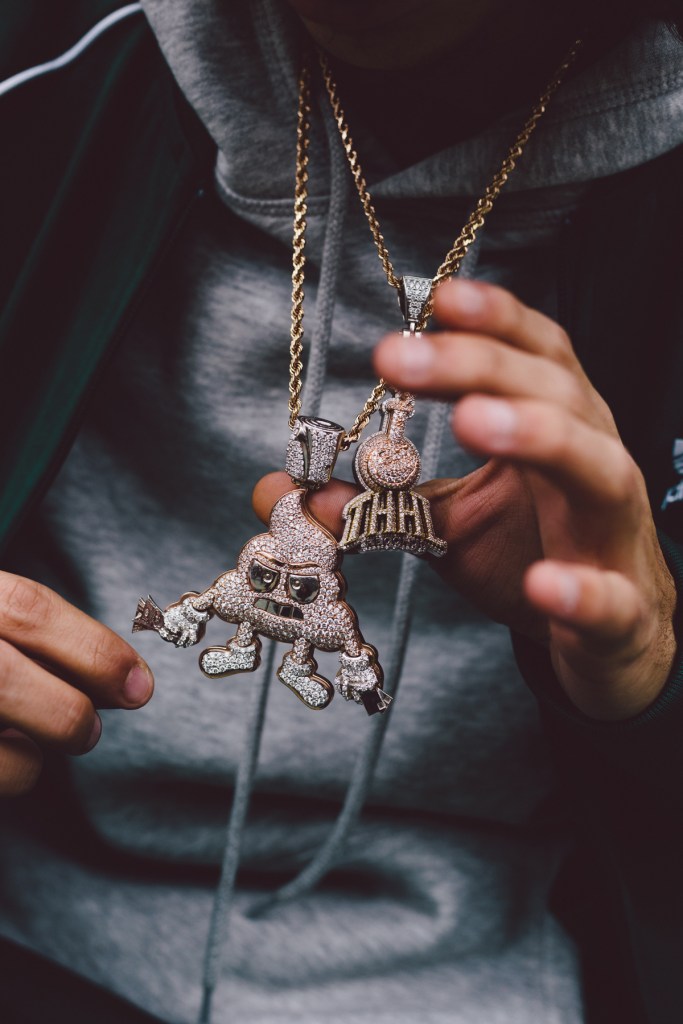 BabyTron’s beat selection only drives the sports metaphor home. You can’t imagine anyone else rapping on the type of production he chooses because it’s basically impossible. The fast-paced, electro, and techno-influenced beats that have become the rapper’s calling card feel like the rap equivalent of dunking on a 15-foot rim. Impressive if you can pull it off, and wholly unnecessary if you can’t. “I’m doing it every day. So it is definitely like the gym. Basketball, mic, booth. Same thing.”

While definitely in a universe of his own, BabyTron’s sound is part of an ascendant wave of hip-hop out of the state of Michigan. Lil Yachty, who appears on Tron’s new project, famously tapped into the scene earlier this year for his best project to date, Michigan Boy Boat. The region’s rap scene has flourishes of Southern hip-hop, if only in its commitment to a kind of raw musicality. Most of the beats BabyTron raps over, for example, are the kinds of Eighties electro hits that Boomers assume young people abandoned for autotune. “I don’t know what it is, but I feel like we got the sound that everybody wants right now. Not necessarily me, or somebody in particular, but just the state of Michigan as a whole,” BabyTron says.

Tron tells me he only recently became aware of Detroit’s legacy in techno. For him, these were simply the sounds you’d hear everywhere, blended alongside music from all over. “You could have a person who only raps on some evil beats from Detroit. And then you got me, who does the funky techno stuff,”  he says. “It’s just different bags out here. That’s why I really feel like people are adapting to Michigan music because it’s just so much to listen to.”

BabyTron started rapping in high school, around the age of 17. He first started making waves alongside a group of his classmates who made music under the name Shitty Boyz. Those releases, equally acrobatic displays of rap agility, garnered the young MC a quietly ravenous fanbase. Even still, rapping didn’t feel like a profession until, as Tron describes it, “people at school started learning my lyrics and singing them to me, telling me to drop music and shit.”

Those early releases also garnered BabyTron the classification of “Scam Rapper.” He was part of a rising generation of MCs whose criminal enterprise of choice was scamming credit cards and various mobile payment apps. A Gen Z answer to the street hustles of yesteryear. “That’s where I came from. Scamming. So I still talk about it. It’s like an origin, it’s like me, I can’t change me,” he says. Still, the “Scam Rap” descriptor is woefully limited. Tron’s expertise is in everything from sports to old movies, to finding inventive ways to inform you that your spouse does not very much care for you. Scamming is only a small and diminishing fraction of his concerns.

“A lot of people who describe it as scam rap really don’t understand anything else that’s going on in the music, I feel like. I might talk about scamming 5% of the song or 1% of the song or something and they still consider it scam rap,” he adds. “I definitely wouldn’t consider myself a scam rapper though. Especially with this album, there’s way more to talk about on this album.” 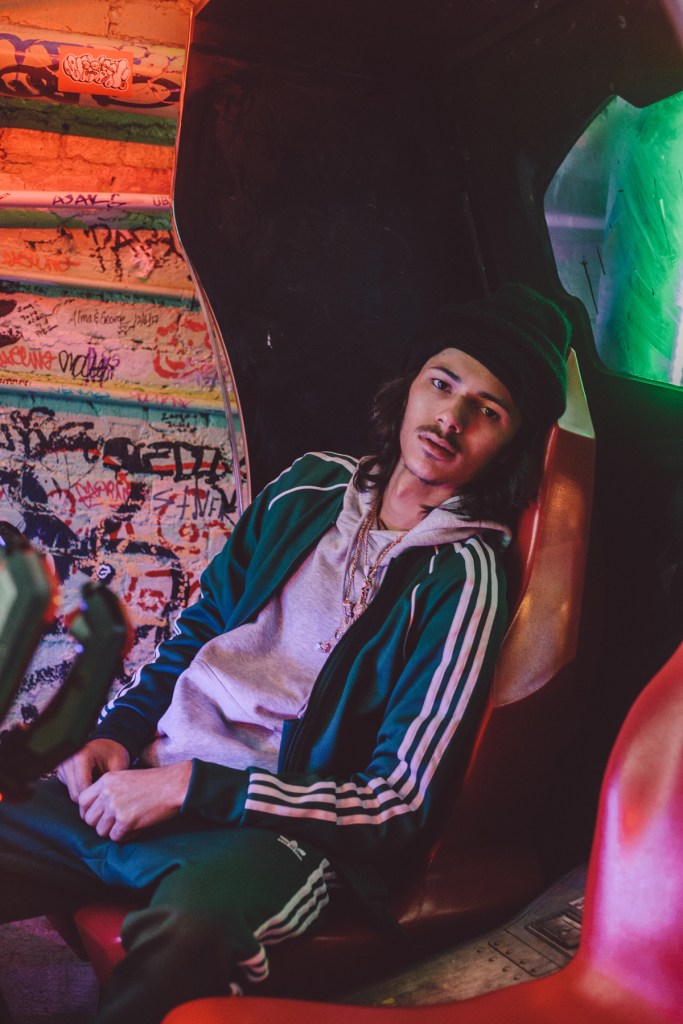 And rightfully so. Despite his young age, BabyTron has firmly established himself as a voice to pay attention to. Kevin Durrant apparently follows him on Instagram, and stars like Jack Harlow and Big Sean count themselves as fans. And, for his part, BabyTron is focused on getting better. He’s already back in the studio cooking up something new. “I keep trying to make my punchlines more and more crazy, and more bits and pieces. Maybe it’s four things that all go together in one line. That’s all I be trying to do,” he says.

Where there’s seemingly a formula out there for viral fame, BabyTron’s rise feels much more akin to the previous generation of rap greats. He’s already four years into his career, having come into the game straight out of high school like Lebron, and ready to build.

“Just like with everything, it’s one step at a time, I’m not trying to skip no steps,” he says. “I’m taking the stairs, not the elevator.”