The energy bouncing around San Francisco’s Chase Center for Metallica’s second 40th anniversary concert felt electric even before the band took the stage Sunday night. The first concert on Friday was all about anticipation — how could the thrash-metal pioneers commemorate their legacy in a fresh, exciting way? Well, that night they played a career-spanning set list in chronological order, blending big hits (“One,” “Nothing Else Matters”) with deep cuts (“Trapped Under Ice,” “Fixxxer”). Now that the group’s fans knew what to expect, Sunday night’s concert was all about catharsis.

Rage Against the Machine guitarist Tom Morello captured what brought the audience together perfectly in a prerecorded video before the concert began. The band’s fans, he said, were “a worldwide community of nonconformity who came together from every corner of the world,” as Ennio Morricone’s “The Ecstasy of Gold” played underneath his voice. And true to his word, fans, who flew in to witness what the band had planned as a San Francisco “takeover,” held up flags for Mexico, Ukraine, Chile, and many other countries. “We are family, we are legion,” Morello said, “we are global, we are Metallica.”

Sunday night’s concert was a journey back in time, as the quartet played songs from each of their records in reverse chronological order beginning with 2016’s raging “Hardwired.” From the opening notes, something felt different as the audience, no longer trying to figure out what was happening, surrendered to the moment.

Looking around the arena, heads banged harder than usual, fists pumped lustily and voices trumpeted louder during the many sing-along moments. When the arena belted out Marianne Faithfull’s witchy refrain in “The Memory Remains” a cappella, frontman James Hetfield and drummer Lars Ulrich took it all in and then hugged and smiled. “It’s taken us only 40 years to get right here,” Hetfield told the crowd after the jagged thrasher “End of the Line.” “And it still feels so, so, so good.”

After two rarely performed tracks (St. Anger’s “Dirty Window,” and that song you downloaded from Napster, “I Disappear”), the group pulled out a tune it had performed at its first-ever concert in 1982: a cover of the New Wave of British Heavy Metal band Diamond Head’s “Am I Evil?” At their first gig, they famously tried to pass the tune off coolly as a Metallica original, something they did until a roadie for another British band, Saxon, called them out for it. But on Sunday, the song was a celebration of Metallica’s legacy; 20,000 fans sang along to the tune they likely never would have known were it not for the group proselytizing Diamond Head’s music for 40 years.

Other highlights included Reload’s “Fuel,” in which flames erupted around Ulrich, and the outro to Load’s “Bleeding Me,” one of the group’s heaviest songs (“That was selfishly therapeutic for me,” Hetfield told the audience). Other than “Fuel” and “The Memory Remains,” the group has downplayed songs from those two albums in their set lists in recent years, but the reaction to the songs on Sunday might be enough to change their minds.

The rest of the evening was dedicated to the group’s first 10 years, and the songs, even though fans know them by heart, were just as big of crowd pleasers as the more obscure tracks. Hetfield played an acoustic guitar for the intros to “The Unforgiven” and “Fade to Black,” giving the songs some extra drama, and the bruisers “Master of Puppets” and “Whiplash” frenzied the already frenetic crowd. Perhaps the running order’s most unusual feature was the fact that “Enter Sandman,” the group’s most identifiable song, came in the middle of the evening instead of at the end, but the fans were so caught up in the chronology they likely didn’t consider it. With the biggest songs in the middle and fan favorite “Seek & Destroy” at the end, there was no need for encores.

Metallica performs on the second night of their 40th Anniversary Concert at the Chase Center on December 19, 2021 in San Francisco, California.

The night also concluded more than a weekend’s worth of Metallica-related events and activities around San Francisco. Following a block party, a pop-up food pantry sponsored by the band’s charitable foundation, and concerts by other artists around town on Thursday and Friday, the band sponsored an ocean beach cleanup Saturday morning. A Kyiv-based YouTuber who goes by “Metal Pilgrim,” who flew 16 hours to attend the weekend and spoke to IndieLand on the arena concourse before Sunday’s show, called the cleanup one of the highlights of his trip.

“I think Metallica is way more about community at this point than just music,” he says. “We know how much they, as a band, help out global communities when they come to town, whether it’s in Europe or the United States, for a show. I think by their example, they have showed the fans you can make a difference. You can headbang with your friends and make some change at the same time.”

Alongside promoting concerts by a trio of Metallica tribute bands and jazz artist Kamasi Washington (who contributed to the band’s Blacklist project), the group also set up a photo gallery of black & white pics from around the Black Album, a film festival showing its home videos, and a showcase of bands featuring Metallica’s members’ sons at the Chapel, a venue in the city’s Mission area.

Bastardane, which features Hetfield’s son Castor behind the drum kit, played a set of sludgy thrash that recalled mid-era COC or doom metallers the Obsessed if you played them at 78 r.p.m. Taipei Houston, a duo featuring Ulrich’s sons, reprised the fuzzy noise rock they played at a Thursday gig. And Ottto, which features bassist Robert Trujillo’s son Tye on bass, closed things out with a set of songs that drew from hardcore, funk, metal, and emo, depending on the minute; a mosh pit opened up as Tye whipped his body around the stage proving he was his father’s son.

It all added to the excitement of the weekend in the city, which felt the effects of fans wearing T-shirts and banners placed on lampposts like a love letter connecting Metallica to San Francisco. (In his closing speech, Ulrich marveled at the band’s history in the city, their adopted hometown, and how they were marking 40 years about five miles from where they played their first gig in the city.)

Metallica performs on the second night of their 40th Anniversary Concert at the Chase Center on December 19, 2021 in San Francisco, California.

The band was clearly as grateful to their fans as fans were to them. “I just want to take the time to say that we very much appreciate you,” Hetfield told the audience. “We do not take this for granted at all.” He also thanked the band’s road crew and his bandmates. “Thank you for being my buddies and my brothers,” he said, before all four of them huddled into a big group hug. But before things could get too sentimental, Hetfield joked, “Where’s my wallet?” and the band kicked off the final song of the evening, “Seek & Destroy.” But before the group finished the song, Hetfield sounded both tender and sincere when he told the crowd, “Happy 40th to you, Metallica family.” And the audience, the “worldwide community of nonconformity,” swelled with pride.

“Hardwired”
“The End of the Line”
“Dirty Window”
“I Disappear”
“Am I Evil?”
“The Memory Remains”
“Fuel”
“Bleeding Me”
“Wasting My Hate”
“The Unforgiven”
“Enter Sandman”
“Harvester of Sorrow”
“Master of Puppets”
“Fade to Black”
“Whiplash”
“Seek & Destroy” 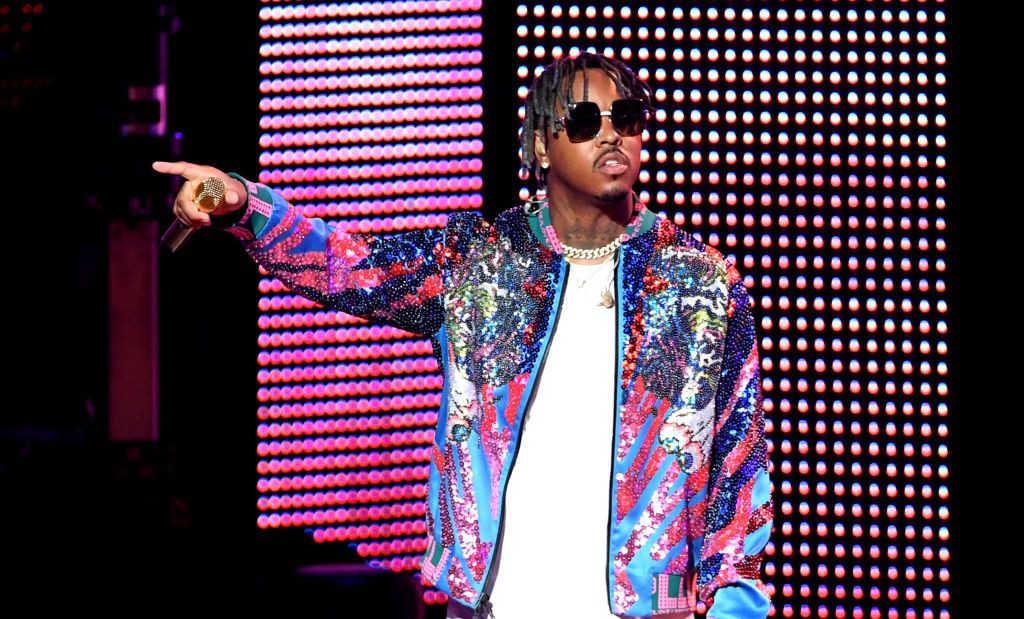 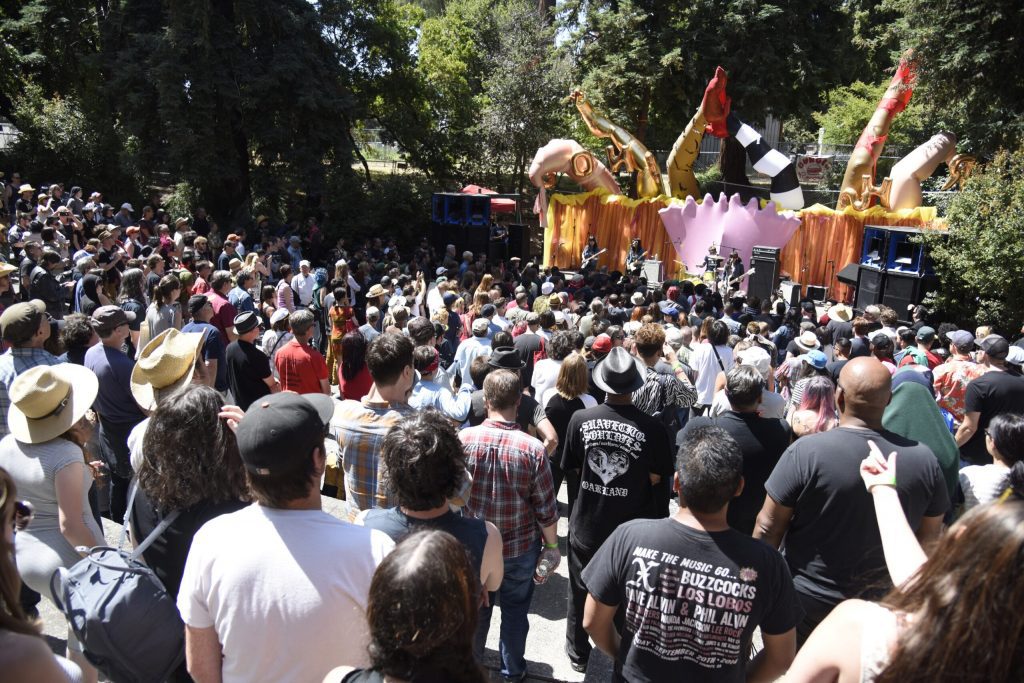 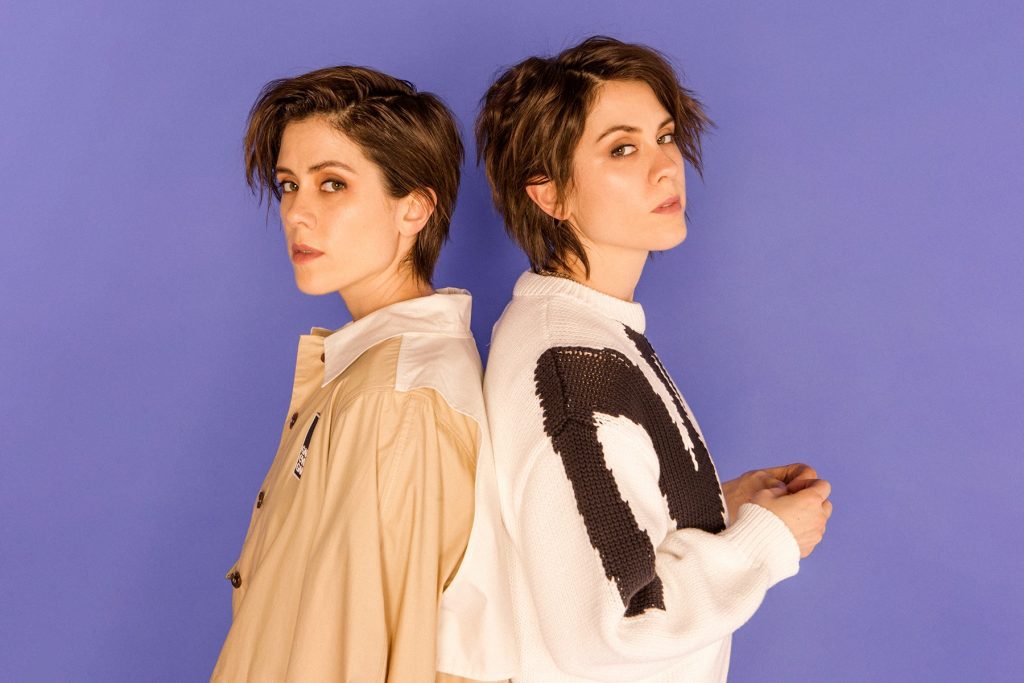