The scorching Atlanta sun is in full effect as Moneybagg Yo’s car pulls into a Starbucks parking lot. The plan is to grab a quick coffee here before heading to a nearby studio, where he’s working on some new tracks for a deluxe reissue of his hit album A Gangsta’s Pain. But those plans change quickly: Dressed in a white T-shirt and denim shorts, the rapper rolls down the window of his black SUV, engulfed in smoke, and asks if we want to go jewelry shopping first. A quick phone call to the jewelry shop’s owner later, and we’re on our way to the other side of town in a friend’s Maybach. 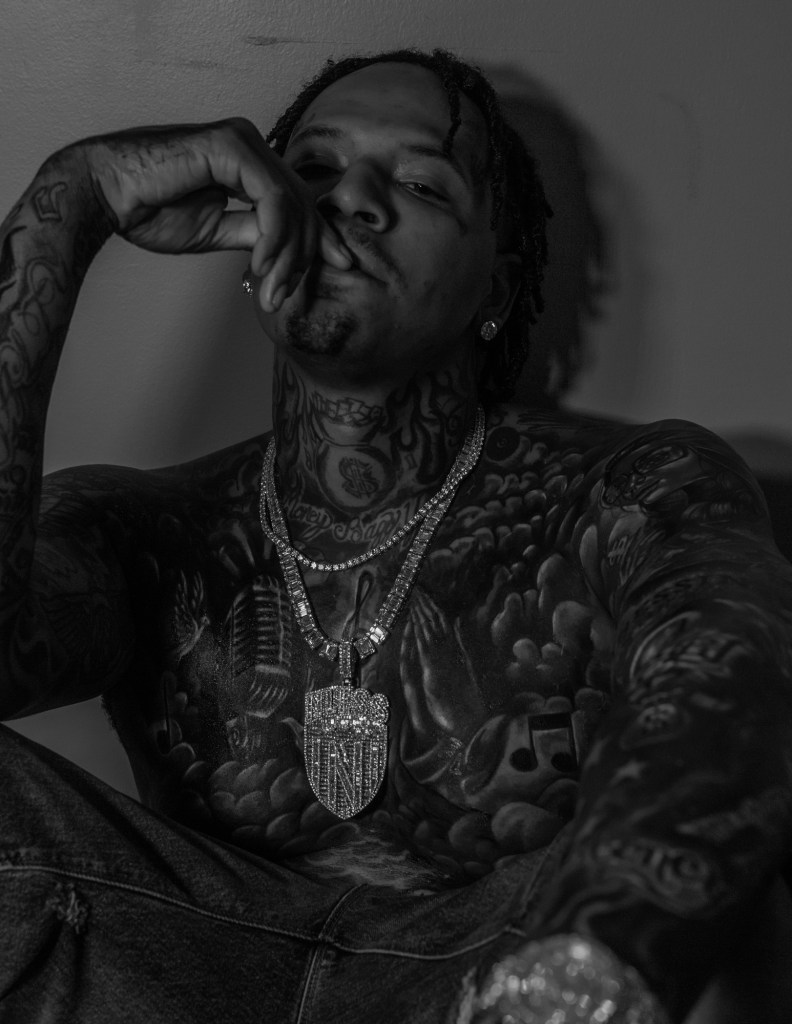 In a new generation of hip-hop talent emerging from Tennessee, Moneybagg Yo, born DeMario DeWayne White, Jr. sits at the top of the pack. He earned his stage name during his high school years as a tribute to his hustler’s mentality, a mindset that’s all about getting to the bag. After dropping out during his senior year, he began focusing more seriously on both parenthood — he’s now a proud father of eight kids — and music.

“I came from the gutter part of Memphis — like the bottom,” says the 30-year-old rapper. “To just have tunnel vision to get out should really tell you about my character.”

Lyrically, Bagg’s style is among today’s most relatable. If Twitter were a rapper, it just might be him — simple, concise, on trend, and witty. His 2020 hit “Said Sum” brought us the one-liner we didn’t know we needed: If you’ve seen the line “Ah, I thought a [fill in the blank] said something” floating around on social media, it’s rooted in Bagg’s confident sarcasm.

He followed that success up with the medley of tough street rap and relatable in-your-feelings moments heard on A Gangsta’s Pain, his fourth studio LP. “Wockesha,” the biggest single from the album, may seem at first to be about a relationship, but it has more to do with a different kind of complication. “Watch me put my heart in this cup/In my feelings, she my therapist/I’ma talk to this cup,” he raps on the chorus; in the video, he walks down the street with his arm around a personified lean cup. “Everybody got a Wockesha,” he tells me. “If you hooked on it, it’s your Wockesha.”

Cruising through Atlanta on our way to the mall, the caravan grows bigger as we stop to pick up two surprise guests: Bagg’s sons Demario, 11 and Omarrion, nine. The boys seem unfazed by their father’s lifestyle as the group arrives at the jewelry shop, marveling casually over a myriad of fine gemstones. Bagg drops off several items to be cleaned; before we leave, he makes sure to gift each boy with his own diamond bezel Rolex. 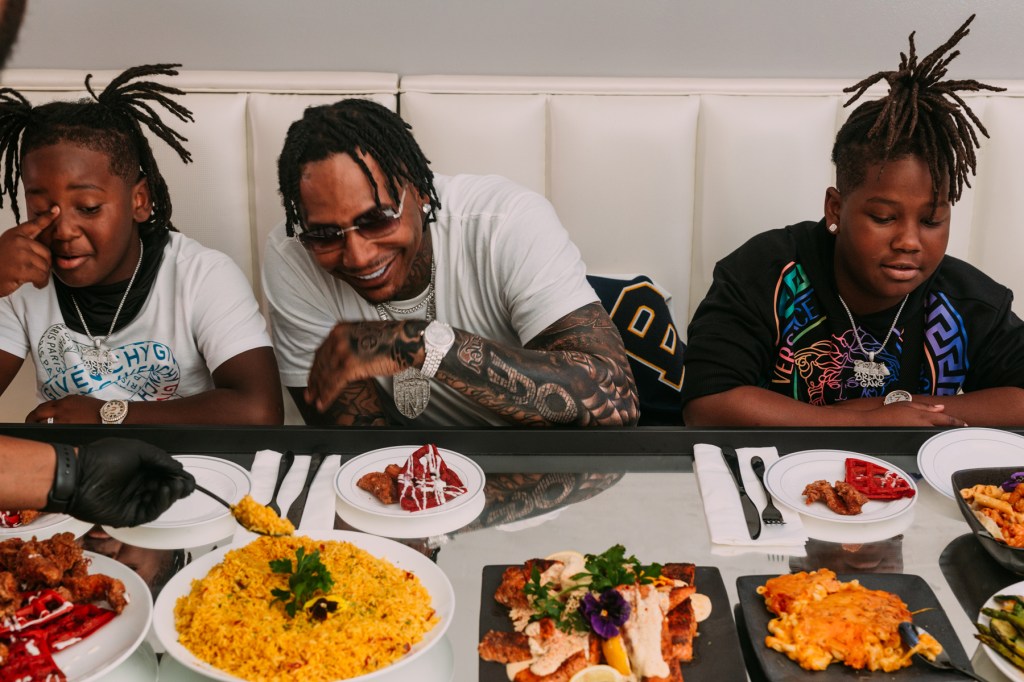 Moneybagg Yo in Atlanta with two of his eight kids, Demario, 11 (left), and Omarrion, nine, enjoying a meal prepared by Chef X, a personal chef who’s a family favorite.

Several hours later, we finally get to the studio, where Bagg and his sons enjoy a lunch prepared by Chef X, a personal chef and family favorite. The spread is immense: salmon, shrimp, mac and cheese, yellow rice, fried chicken, red velvet waffles, and chocolate dessert.

Bagg attributes much of his success to his relationship with his hometown of Memphis. Through an early introduction from a local Memphian, DJ Larry Live, Bagg met Marcus “Head” Howell and former Memphis Grizzlies power forward Zach “Z-Bo” Randolph, who signed him to a new music venture called NLess Entertainment; and after a further connect with local hero Yo Gotti, his career was off to a running start. “He plays a big part in the Moneybagg Yo situation — period,” Bagg says of Yo Gotti. “On the back scene, putting the plays together.”

He’s excited to talk about the deluxe version of A Gangsta’s Pain, which includes features from artists like DJ Khaled and Future. Based on the preview he gives in the studio, Bagg’s newest tracks will continue to deliver club anthems and “turnt energy vibes” — and extend his streak of success.

“If someone can make it out of Memphis,” he says, “they’re a soldier and meant to be here.”

Jason ‘Rowdy’ Cope, Guitarist for the Steel Woods, Dead at 42