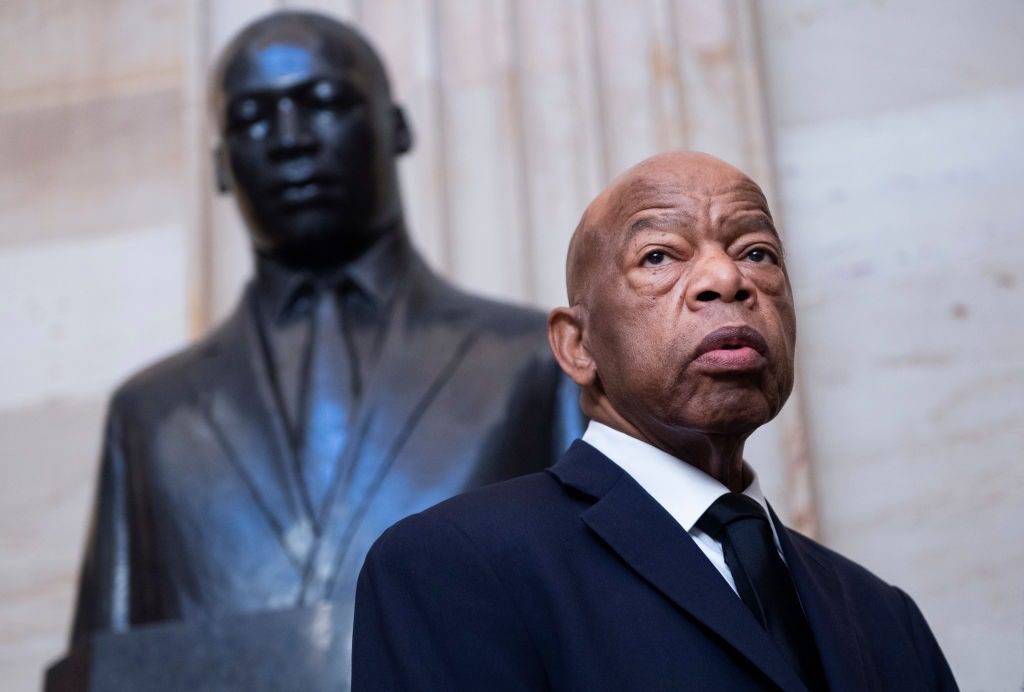 Paul McCartney was among the many artists to remember Rep. John Lewis following the death of the civil rights icon Friday at the age of 80.

“Sad to hear the news that civil rights legend John Lewis died yesterday,” McCartney tweeted Saturday. “He was such a great leader who fought with honesty and bravery for civil rights in America. Long may his memory remain in our hearts.”

McCartney added, “How about renaming the famous Pettus Bridge that he and Martin Luther King Jr. and others walked across in the 60s for the civil rights movement and rename it the John Lewis Bridge?!!!”

…that he and Martin Luther King Jr. and others walked across in the 60s for the civil rights movement and rename it the John Lewis Bridge?!!! Nancy and I are proud to support the NAACP and have recently donated to their legal defense fund.

The bassist then noted that he and his wife Nancy “are proud to support the NAACP and have recently donated to their legal defense fund.”

E Street guitarist Steven Van Zandt similarly lobbied for the Pettus Bridge in Selma, Alabama be renamed after Lewis, instead of Edmund Pettus, a former U.S. senator and one-time grand dragon of the Ku Klux Klan.

“RIP John Lewis. Major major loss. A good friend and ally when I needed one. Absolutely one of a kind. A real hero. The last hero. Man we need him so badly right now. Fixing this mess is going to be a lot harder without him. Travel well my friend. I was lucky to have known you,” Van Zandt tweeted Saturday.

Hopefully the Edmund Pettus Bridge will be renamed the John Lewis Bridge. It should have happened while he was alive. Why we would have anything named after the grand dragon of the ku klux klan is way beyond me.

“To make it hard, to make it difficult almost impossible for people to cast a vote is not in keeping with the democratic process” Don’t give up the fight. Rest In Power to John Lewis. Thank you for your service.

Imagine what a man like John Lewis could’ve done for us all if he hadn’t needed to use his whole life to fight for something as simple as fairness.