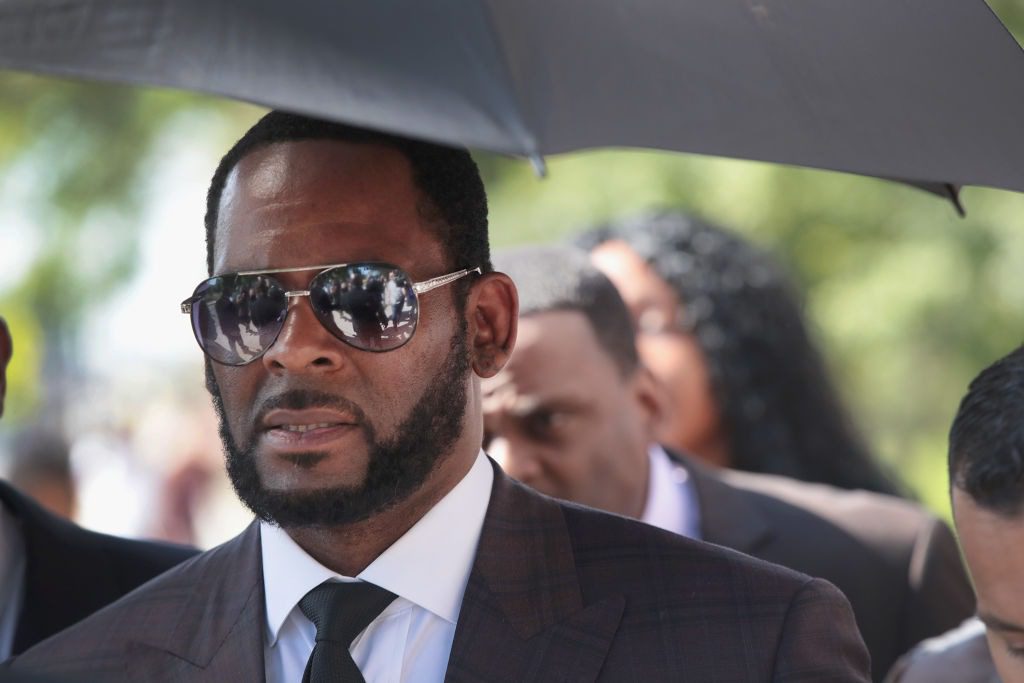 Demetrius Smith, Kelly’s former tour manager, testified about the singer’s relationship with a then-15-year-old Aaliyah; Kelly faces bribery charges over the Aaliyah incident, with prosecutors aiming to prove that the singer ran a criminal enterprise in addition to the allegations of sexual abuse against him.

On the stand, Smith told the court that he bribed an Illinois government employee $500 to obtain a fake ID for Aaliyah in order for the then-27-year-old Kelly to marry the teen. At the time, in 1994, Kelly believed that Aaliyah was pregnant with his child, so Kelly’s accountant, Smith testified, hatched a plan for the singers to marry in order to avoid statutory rape charges.

The fake ID (which listed Aaliyah’s age as 18) was soon used to acquire a marriage license. Kelly and Aaliyah married in a Chicago hotel in August 1994.“I told him that he couldn’t marry Aaliyah. She was too young,” Smith testified, the New York Times reports, “[Kelly] asked me whose side I was on.”

Aaliyah’s parents had the marriage annulled six months later. Shortly after the Aaliyah incident, Smith — who was granted immunity for his testimony if he cooperated with the prosecutors — said he stopped working for Kelly. The former tour manager will remain on the stand when the racketeering trial continues Monday, with Smith facing questioning by the defense.

An employee of Kelly’s who worked at the singer’s studio in the 2000s was also called to the stand, where they likened the experience to The Twilight Zone. “The things that you had to do was just a bit uncomfortable,” Anthony Navarro told the court, the New York Times reports. “The music and production stuff was really good. All the other stuff was kind of strange.”

The prosecution’s first witness, Jerhonda Pace, said in her testimony Wednesday that, in addition to allegations of sexual abuse, Kelly had given her herpes. On Thursday, prosecutors called Kelly’s longtime physician Kris McGrath — who had treated the singer since 1994 — to the stand under subpoena to verify the claim that the singer was knowingly infecting women with STDs.

McGrath said that he first suspected the Kelly had herpes in June 2000, and even though a lab test for the virus came back negative, the doctor believed it was likely a false negative, CNN reports.

“I did not conclude that he did not have herpes,” McGrath said, adding that he advised Kelly to “inform your sexual partners so they can make a decision whether or not to have sex with you.”