Ricky Martin had long been an international superstar before he began “Livin’ La Vida Loca” — and there seems to have been hardly a dull moment in the 20 years since.

In 2010, the Puerto Rican singer came out to his fans as a gay man; nearly 10 years later, he received his first Emmy nomination, for his role in The Assassination of Gianni Versace: American Crime Story. This spring, Martin — now a father of four with his husband, Syrian-born artist Jwan Yosef — released a new EP, Pausa, featuring collaborations with Sting, Residente and Bad Bunny. It’s a busy life, but he’s taken it all in stride, at least until Covid-19 hit.

“Before this pandemic, I had no issues,” Martin, 48, says with a laugh. “I’m a delegator, I have a great team. But when this pandemic hit us …I started going crazy!”

You live in a beautiful house in Beverly Hills. Does that make quarantine any easier?
I have a very loud house, in the sense that I have kids. We’re under a strict quarantine because my mom is here. It’s very severe — I think that’s the only way we can stop this from doing more harm. But I am very lucky. I am in a comfortable home where my kids can play. Whenever your head goes the wrong way, you just look at your kids, your husband, your mother, and you [think], “We’ve got to shape up.”

You released your new EP, Pausa, in May — now you’re working on the sequel, Play, coming up later this year. You started Pausa in a totally different world from the one we’re in now. How did it evolve in quarantine?
I started working on my music maybe nine months ago. In my mind, the album was going to be called Movimiento, which means movement. But with all this [pandemic], it just told me… “The way it was, was not working. Let’s do it differently.” I have music with rhythm, but I was not going to tell people to move! So I named it Pausa.

Your new music is in line with the progress that artists like J Balvin and Bad Bunny are making in Latin pop music by collaborating with Afrobeats and flamenco artists. Do you see them as peers?
I’m so proud of them! When I started working with music, it was mainly romantic ballads. I allowed myself to go into a very Latin, African sound on [1995 song] “Maria.” And I remember that the president of a record company, in one of the countries [where] I was doing really well — he told me “Oh, my God, Ricky, this is the end of your career.” Six months later, that song was the number one song in multiple countries. Different critics and journalists from different parts of the world [would] say “No really, where are you guys from?” We’d say, “Puerto Rico.” I’d have to explain the influence of Africa with the rhythms that were brought from that continent. And obviously, the influence on Puerto Rico that the United States has. We were always connected to what was the sound in the U.S.A. I want us to meet in the Caribbean. 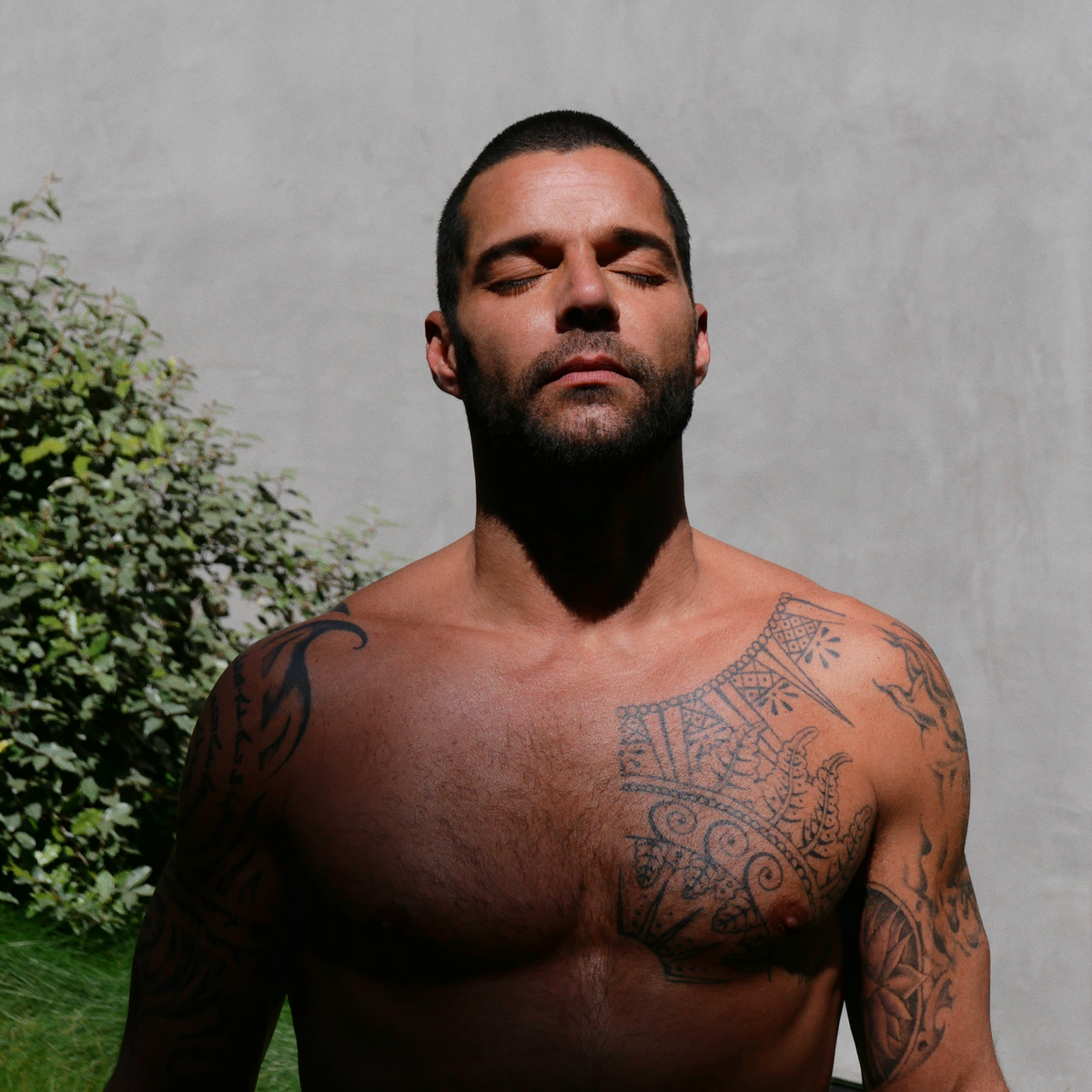 In our Bad Bunny cover story this year, you described him as a “Latin queer icon,” which some readers took issue with. What makes someone a queer icon?
Allies are so important. Without them, our fight for equality is impossible. It really tickles me to see Bad Bunny as a gay icon — just like Cher could be. Why not?

What was it like for you to remain closeted during the Nineties and 2000s — the most public, exposed period of your life?
I had moments of extreme positivity, and not so positive [moments]. Life was a bit on steroids in those days. Everything was really intense, but I could take it! I come from a school of military discipline when it comes to training for music, dance, and acting. I started when I was 12. So for me, it was about not being ready to open [up]. When you open an egg from the outside, what comes out is death. But when the egg opens from the inside, what comes out is life. It’s something that needs to come from within. Every time someone forces someone to come out, what you’re doing is you’re destroying the natural flow of the self-discovery.

What finally motivated you to come out to your fans?
Today I woke up to this beautiful headline that I know someone out there is in need of. The headline was something like, “I came out. And ever since I’ve been the happiest.” Something like that, something… My heart is beating faster because I know today a kid somewhere in America woke up needing to hear those words. A lot of people say they get tired of talking about the same thing. Why would I? Are you kidding me? For so many years I had to keep it inside. And then the effect of someone… What people are getting from it in their healing process? I’m happy.

Last summer, you joined in protests against Puerto Rico’s now-former governor, Ricardo Rosselló. Had you ever taken to the streets like that before?
My protest would manifest differently. Rather than hitting the streets, my protest [was] more in the cyber world, talking about things I was concerned about. But this I didn’t know: the power of people together in peace, all with one message. Us, in Puerto Rico, we were in the streets playing music, chanting, dancing. Getting rid of our anger and getting rid of our frustration and and our uncertainty through music. It was very special. If you were a singer, you would sing in the middle of the streets. If you were an acrobat, you would act like that. If you were a yoga teacher, all of a sudden you would gather 100 people in and start a yoga class. Those are the protests in Puerto Rico. They lasted for a while, but in peace, we brought our government down. The magic of protest is very important and must be respected. 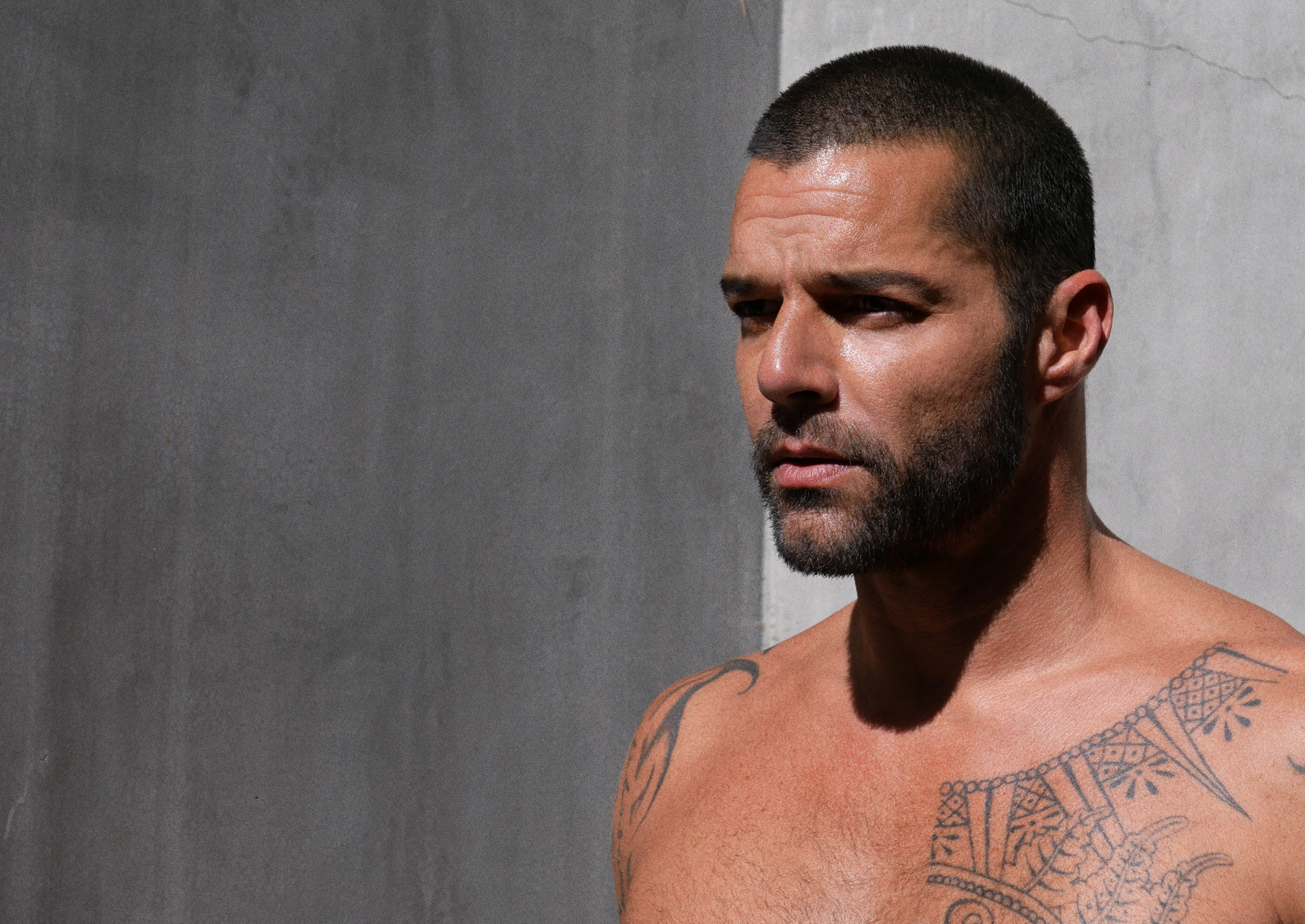 To see Rossello resign, especially after those inflammatory chats were leaked [where Martin is described as a “male chauvinist” for being gay] — it was a powerful show of force.
The chat was the drop that spilled the glass. Puerto Rico, we have been going through quite a moment these past couple of years, but we’re hanging tough and helping each other. That’s what’s beautiful about a crisis. That instinct to save humanity came out. That’s Puerto Rico.

You served as a pop ambassador from Puerto Rico in the Nineties, at the height of the TRL era. American reporters would sometimes be surprised to learn that you listened to classic rock in Puerto Rico. Was that frustrating?
I had a lot of fun, but listen — it’s also so fulfilling to be able to go around the world talking about your culture. You know how many times they’d say, “Oh, you’re from Costa Rica!” And I’d be like, “Well… Some say that Puerto Rico is the boyfriend of Costa Rica!” But the way I see it, they were opening a door for me to let them know that not everybody listens to Regional Mexican [music] in Argentina… from the southern tip of the continent all the way to the border here in the United States. There are hundreds of different rhythms and dances and different ways of communicating. It’s ancestral. We started with Celia Cruz. We [had] Gloria Estefan… We had José Feliciano. And now there’s this new generation of artists going out there, talking about evolving Colombia [and] fighting for Puerto Rico.

Do you think that American media has gotten better about or more open to understanding Puerto Rican and Latinx culture at large?
We certainly have a long way to go, but the important thing is that we see that there’s an audience that is interested. And it’s up to us to bring [the] education.

In the Nineties you acted in a Mexican telenovela series, then you did General Hospital for a time — you even featured in the Broadway revival of Evita in 2012. It was after playing your role in The Assassination of Gianni Versace: American Crime Story that you became an Emmy-nominated actor. Do you want to do more acting work?
First of all, I’m forever grateful to Ryan Murphy, for the freedom and opportunity to tell [Versace’s] story. It is just such an important story… And now the responsibility grows. And I would love to, of course, pursue more acting. It’s time to discover myself in this, even though I started doing this when I was 12 years old. I want to do so much — not only in front of the camera, but behind the camera, and in theater as well. I am open to all projects.

There’s no blueprint for being a rock star parent. And there’s no blueprint for being a gay parent. But you’re a parent nevertheless. How do you balance raising a family with your career?
People tell me, “Oh, my God, you bring your kids everywhere with you. Don’t they need stability?” And I’m like, “Yes, of course.” They were born on the road. I am their stability. When I’m not around, that’s when they feel unstable. What they are used to is waking up after the concert, we hop in the bus, we wake up in the next city. Now that we’re here in quarantine, my routine is, from the family room we go to take a shower, then we put on the PJs. We drink milk, we sing a song, and we go to bed. As long as you have a routine, they are appreciative. And as long as I’m around.