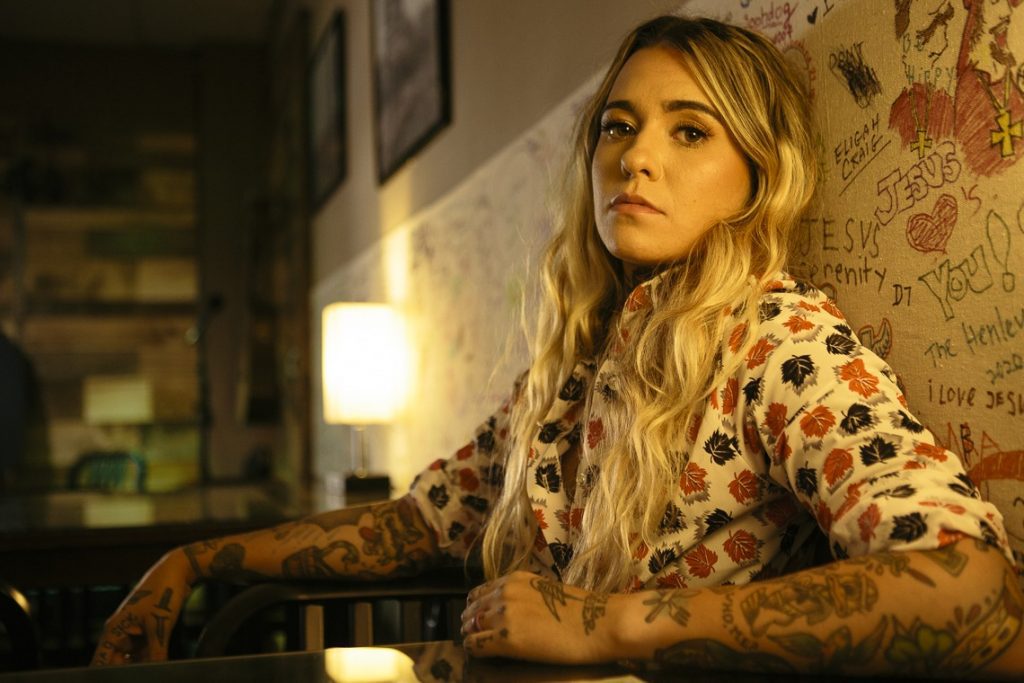 Whether it’s coming out of Nashville, New York, L.A., or points in between, there’s no shortage of fresh tunes, especially from artists who have yet to become household names. IndieLand Country selects some of the best new music releases from country and Americana artists.

“I wish I’d known you in your wilder days,” Morgan Wade sings to a hot-and-cold lover in this polished country-rock gem off her upcoming debut LP Reckless, produced by the 400 Unit’s Sadler Vaden. The guitars chime, the bass snakes along, and Wade’s voice, with a hint of her native Virginia twang, is crisp and clean as she pleads with a paramour for a one-night love affair. There’s an unmistakable Eighties vibe too, calling to mind a classic album from the decade that shares a title with Wade’s: Bryan Adams’ Reckless.

Roger Harvey, “What a Weird Hill to Die On”

What kind of person would stake their life and reputation on storming the U.S. Capitol? Philadelphia songwriter Roger Harvey grapples with that question in this folky first-person ballad with, he admits, serious “Your Flag Decal Won’t Get You into Heaven Anymore” vibes. “The truth is out there if you join the right groups,” he sings, imagining the echo chamber that radicalized the January 6th jabronis. Harvey drops the hammer at the song’s midpoint — “When we arrived it was a chaotic scene/we were just trying to hang Mike Pence, peacefully” — a zinger of a line that would likely make Prine himself smirk. (Bonus points for the steel-guitar cameo by Philly cult hero Mike “Slo-Mo” Brenner.)

Athens, Georgia, band the Pink Stones mine their town’s grand tradition of Southern jangle along with the swirl of cosmic country on “Blueberry Dream,” from their upcoming debut Introducing… the Pink Stones. But rather than merely imitating those styles, the group injects them with something fresh and youthful, giving “Blueberry Dream” a breezy, slacker-rock feel that hits like a ray of candy-coated sunshine.

Singer-bassist Melissa Carper sounds like a voice from a bygone era in “Makin’ Memories,” her first release from the upcoming album Daddy’s Country, out March 19th. Evoking the cool, smoky croon of a lounge singer, Carper gives some winking commentary about having a good time. “I’m meeting new people, I’d like to recall/Some of their names, like Larry and Steve,” she sings, laying down a walking bassline that’s accompanied by Brennen Leigh on guitar and Jeff Taylor on piano.

Singer-songwriter Matt Jordan sounds weary as he tries to break out of his wayward patterns in “Restless Heart,” an urgent rocker that’s part Springsteen and part Kings of Leon. “I thought I could keep a promise to a faithful heart like you/leave me to go and lose it, if there’s something to lose,” he sings, ruefully, as if he knows he won’t be able to change even though he needs to.

The Brother Brothers, “On the Road Again”

Writing a new song called “On the Road Again” could be a disastrous invitation for comparisons, but the Brother Brothers nimbly pull off the daring feat with this gentle track from their upcoming album Calla Lilly (out April 16th). With fingerpicked arpeggios, a splash of funky electric keyboard, and some close harmonies that suggest Simon & Garfunkel over Willie Nelson, the Brother Brothers offer a bittersweet ode to the touring life and days that seem long past. “Oh my heart commands my lungs and hands/And it beats for what it chases,” they sing, dropping an unexpectedly melancholy minor chord right at the close of the refrain.

Dr. Dre: ‘I Will Be Out of the Hospital and Back Home Soon’