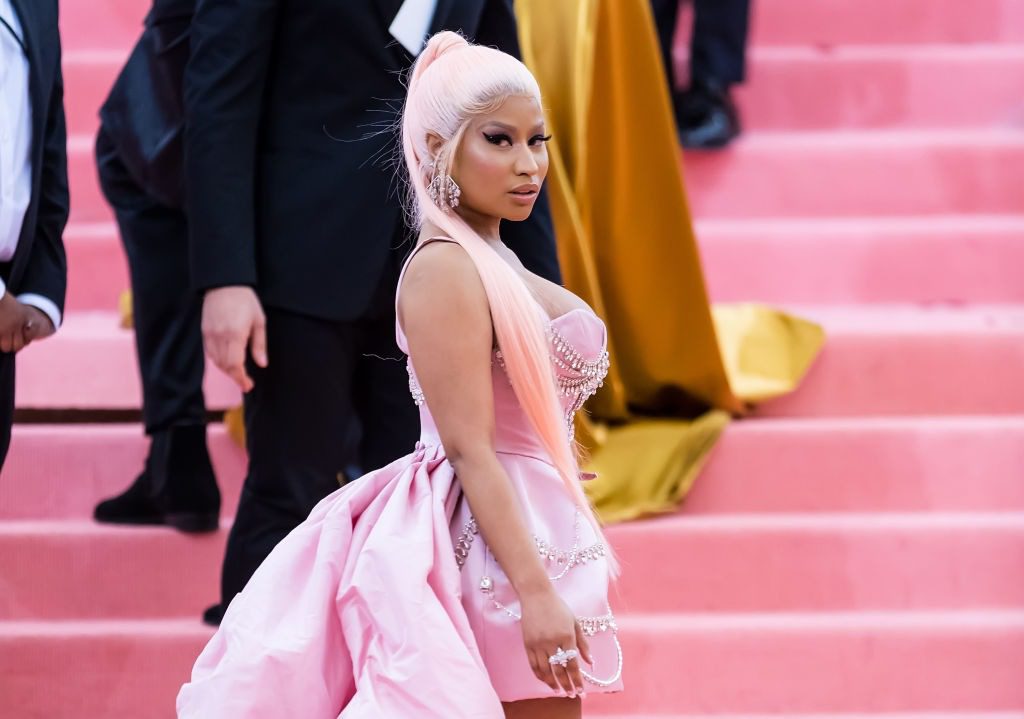 The health minister of Trinidad and Tobago challenged Nicki Minaj’s claim about a cousin’s friend who suffered swollen testicles as a result of the Covid-19 vaccine, noting that — after an exhaustive search — no patients with that condition have been reported to medical professionals in the Caribbean nation.

Dr. Terrence Deyalsingh held a press conference Wednesday to debunk Minaj’s outlandish claim about a hitherto unreported side effect of the Covid-19 vaccine that allegedly resulted in “impotency” and the disintegration of the rapper’s cousin’s friend’s engagement. The health minister also criticized Minaj for spreading the unconfirmed rumor that health officials had to waste precious hours looking into.

“One of the reason we could not respond yesterday in real-time to Ms. Minaj was because we had to check and make sure what she was claiming was either true or false,” Deyalsingh told reporters, stifling his own laughter mid-sentence.

“We did, and unfortunately we wasted so much time yesterday running down this false claim. It is — as far as we know, at this point in time — there has been no such reported as a side effect,” he added.

On Monday, Minaj caused a social media uproar — even among her own Barbz fanbase — when she revealed that she wouldn’t be attending the 2021 Met Gala because they required the guests be vaccinated, which she isn’t. The rapper then infamously added, “My cousin in Trinidad won’t get the vaccine cuz his friend got it & became impotent. His testicles became swollen. His friend was weeks away from getting married, now the girl called off the wedding. So just pray on it & make sure you’re comfortable with ur decision, not bullied.”

My cousin in Trinidad won’t get the vaccine cuz his friend got it & became impotent. His testicles became swollen. His friend was weeks away from getting married, now the girl called off the wedding. So just pray on it & make sure you’re comfortable with ur decision, not bullied

“What was sad about this is that it wasted our time yesterday trying to track down, because we take all of these claims seriously, [whether] it’s based on social media or mainstream media,” Deyalsingh added Wednesday. While Minaj didn’t outright state the her Trinidadian cousin’s friend also resides the island, Deyalsingh noted, “As we stand now, there is absolutely no reported such side effect or adverse event of testicular swelling in Trinidad or, I dare say, anywhere else in the world.”

Deyalsingh’s remarks echoed that of Dr. Anthony Fauci, who — when pressed about the swollen testicles claim — said of the rumored side effect, “There’s no evidence that it happens, nor is there any mechanistic reason to imagine that it would happen. So the answer to your question is no.”

Doug Supernaw, Nineties Country Singer of ‘I Don’t Call Him Daddy,’ Dead at 60