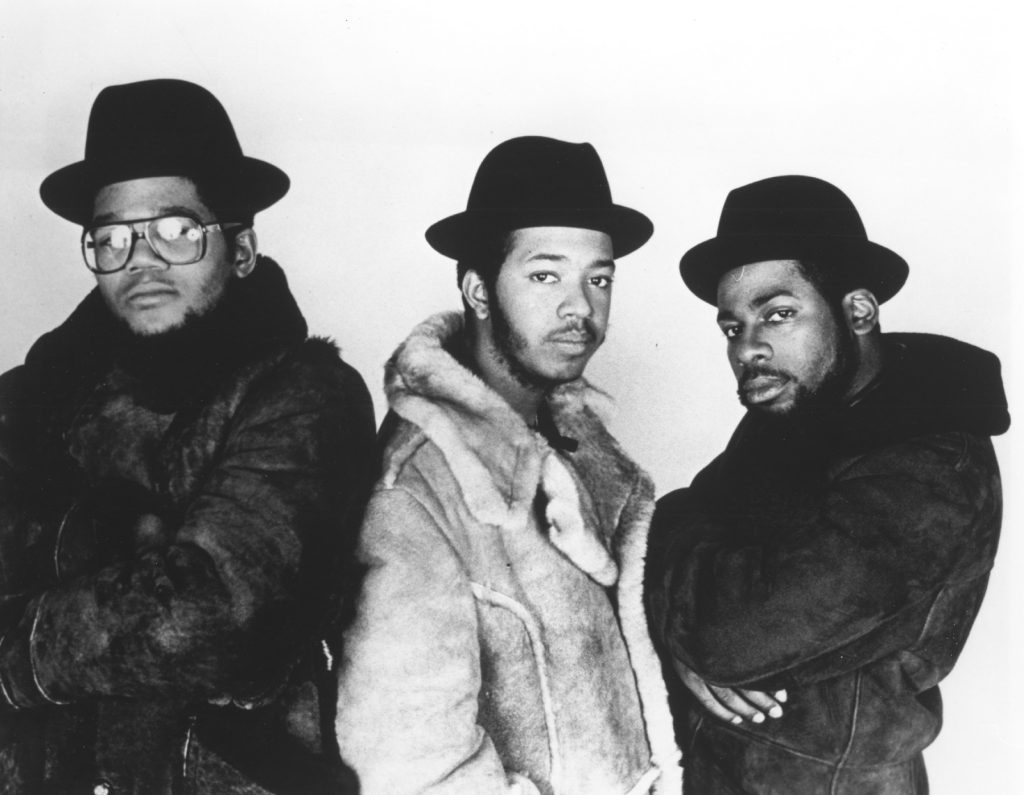 Federal prosecutors indicted two men Monday in connection with the 2002 killing of Run-DMC’s Jam Master Jay. A representative for the United States Attorney’s Office confirmed to IndieLand that it has charged Ronald Washington, 56, and Karl Jordan, Jr., 36, each with a count of murder while engaged in drug trafficking and another count of firearm-related murder. Jordan, who was arrested on Sunday, was also charged with seven counts of cocaine distribution between April and June 2017 and one count of conspiracy to distribute cocaine. He was arraigned Monday and pleaded not guilty and will be held pending trial. Washington, who is currently in a federal prison for robbery, will be arraigned at a later date.

“On or about October 30th, 2002 … the defendants … engaged in … a conspiracy to distribute five kilograms or more of a mixture or substance containing cocaine, a Schedule II controlled substance, did knowingly and intentionally kill and counsel, command, induce, and cause the intentional killing of an individual, to wit: Jason Mizell, also known as ‘Jam Master Jay,’ and such killing did result,” the indictment read.

“The defendants allegedly carried out the cold-blooded murder of Jason Mizell, a brazen act that has finally caught up with them thanks to the dedicated detectives, agents, and prosecutors who never gave up on this case,” Acting United States Attorney Seth DuCharme said in a statement. “The charges announced today begin to provide a measure of justice to the family and friends of the victim, and make clear that the rule of law will be upheld, whether that takes days, months, or decades.”

Jam Master Jay was shot dead at a Queens, New York, recording studio on October 30th, 2002. Despite five or six witnesses, the police arrested no one at the time, but within a month, authorities said they were pursuing a convicted drug dealer, who possibly served as a lookout during the shooting. At the time, they reported that Jay had been murdered over a financial dispute, but Monday’s arrest provides a clearer picture of what happened.

The Attorney’s Office now alleges that Washington and Jordan entered the studio at around 7:30 p.m. that night and pointed firearms at another person there, demanding that person lie down on the floor. Jordan then supposedly approached Jay and shot him twice at close range, including one shot to the head, which killed him. The second shot hit another person in the studio in the leg.

A letter from the Department of Justice to United States Magistrate Judge Lois Bloom claimed that Jay began trafficking cocaine in 1996, selling it in New York and elsewhere. He allegedly acquired 10 kilograms of coke (about 22 pounds) in July 2002 on consignment from a Midwestern narcotics distributor. Washington, Jordan, and others were allegedly supposed to distribute the coke in Maryland, but Jay supposedly cut Washington out of the deal, leading to a murder conspiracy.

“The investigation has revealed that, prior to his murder, Mizell sought to exclude Washington from a multi-kilogram, multi-state narcotics transaction,” the letter said. “In retaliation, Washington and Jordan conspired to murder, and ultimately executed Mizell.”

“Eyewitnesses present at the studio when the defendants murdered Mizell have identified both defendants,” authorities wrote in the letter. “Moreover, Washington has made various admissions — both to law enforcement and third parties — that corroborate his involvement in both the murder and the underlying narcotics conspiracy.” Attempts to reach Jordan and Washington for comment were unsuccessful.

“The gunshots that rang out in a recording studio in Queens nearly 18 years ago, taking this pioneering rap artist’s life, have been answered,” NYPD Commissioner Dermot Shea. “Today’s indictment shows that no amount of time passed can erase the commitment of our NYPD detectives, federal law-enforcement partners, and prosecutors in the U.S. Attorney’s Office for the Eastern District, to the pursuit of justice.”

If convicted, both defendants face a minimum of 20 years in prison. The investigation was a joint effort of the New York Police Department, the Bureau of Alcohol, Tobacco, Firearms, and Explosives, the Federal Bureau of Investigation, and the United States Attorney’s Office for the Eastern District of New York. The DOJ letter said that the attorney general has yet to decide whether they will seek the death penalty for Jordan and Washington.

A year after the killing, IndieLand reported that Washington, “a convicted robber and former associate of Jay’s,” had fingered an aspiring rapper, Karl Jordan, who went by Little D, and his father, Darren (“Big D”), as being linked to the murder. Washington claimed he had seen the Jordans go into Jay’s studio the night of the murder and fled out of the back door moments later. In August 2003, police charged Karl with shooting Jay’s nephew, Rodney Jones, in the leg on a Queens street a few months earlier. The case was later dismissed after Jones refused to work with the police. In 2007, IndieLand reported that one of the gunmen had “a tattooed neck” and that a source claimed the other man was Washington, who had not been charged. Two years ago, Netflix launched a documentary, ReMastered, which explored the killing.

Jay was born in Brooklyn in 1965, and his family moved to Hollis, Queens, when he was 10. He learned how to play guitar, bass, and drums as a kid and started DJing in his teens. He eventually teamed up with Joseph “Run” Simmons, with whom Jay often played basketball, and Darryl “DMC” McDaniels in 1982. The trio became instant superstars, notching the first hip-hop video on MTV (“Rock Box”), the genre’s first platinum album (Raising Hell, which featured Jay playing keyboards, bass, and drums, in addition to DJing), and first Top 10 hit (“Walk This Way,” with Aerosmith). Jay’s legend grew as the MCs frequently made his scratching talents the focus of their rhymes (“Peter Piper,” “Jam Master Jay”), and his flare for B-boy fashion, black hats, and Adidas sneakers resounded throughout hip-hop. Later in his career, he also found new talent, including Onyx and 50 Cent, whom he signed to his own JMJ Records.

View this document on Scribd 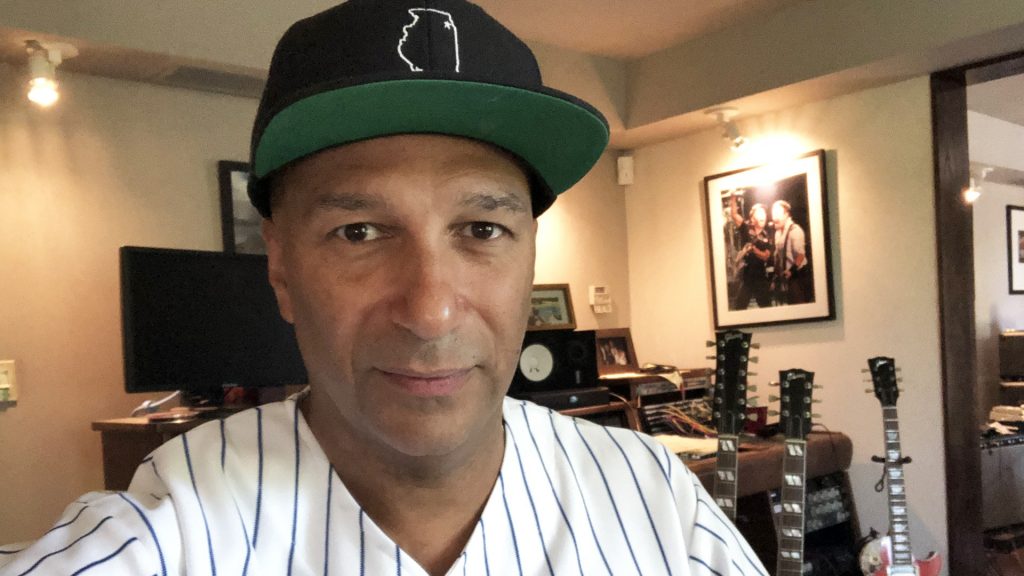 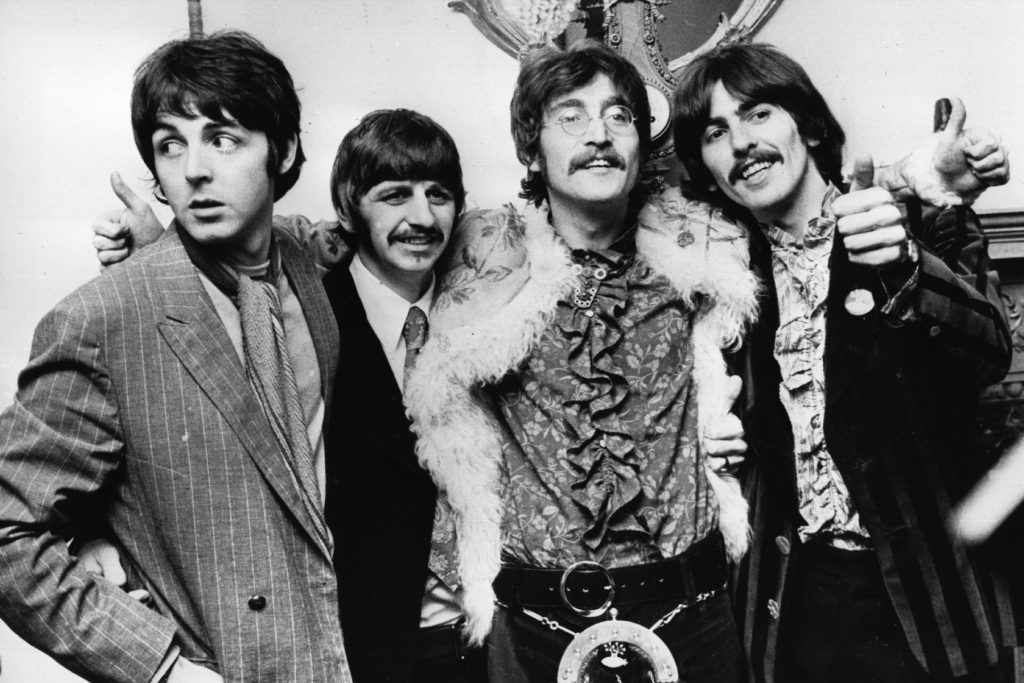 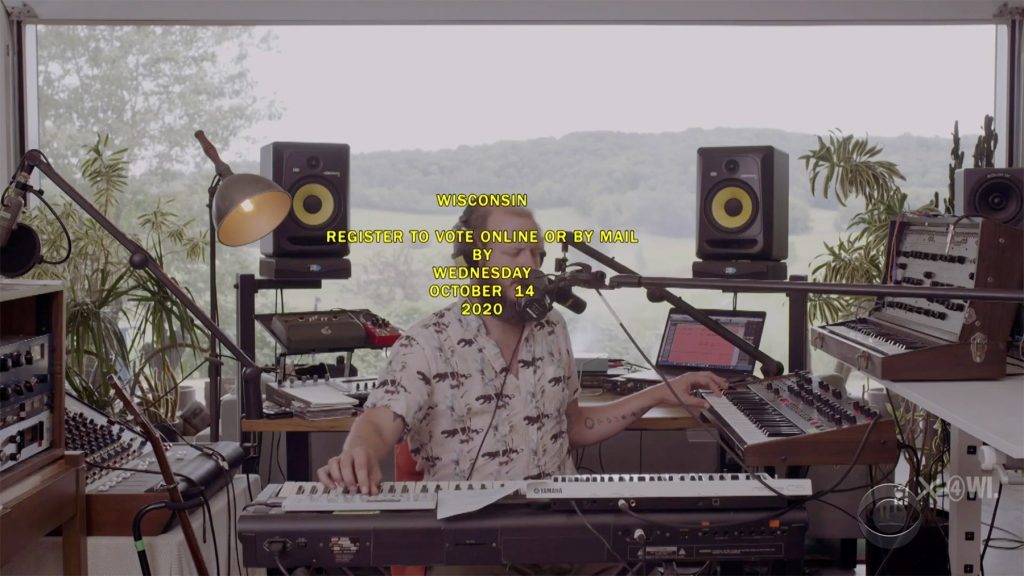 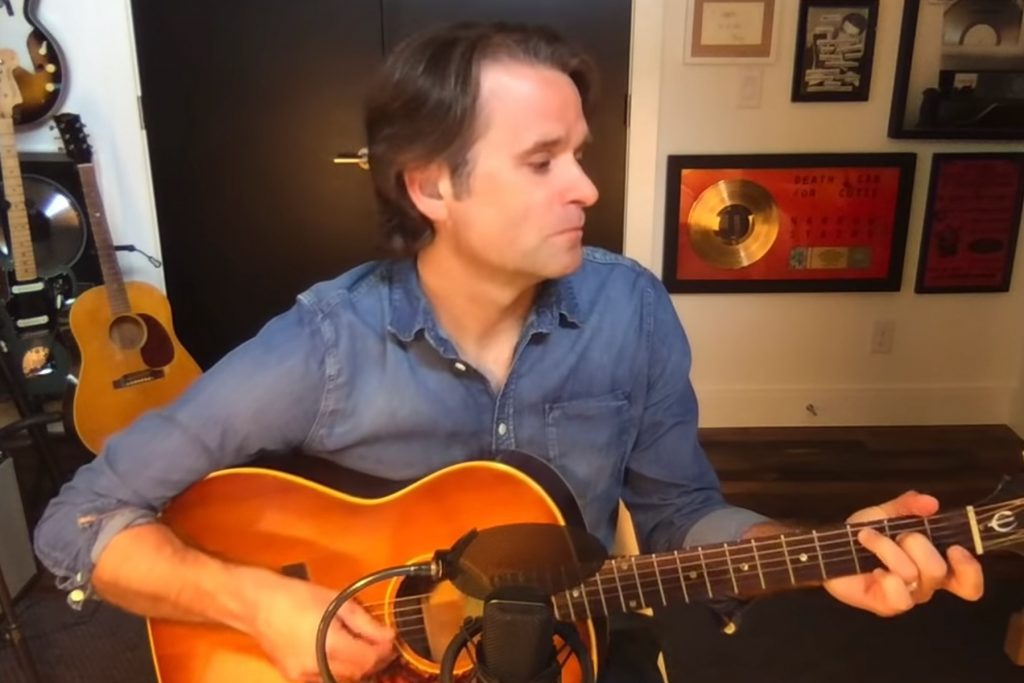 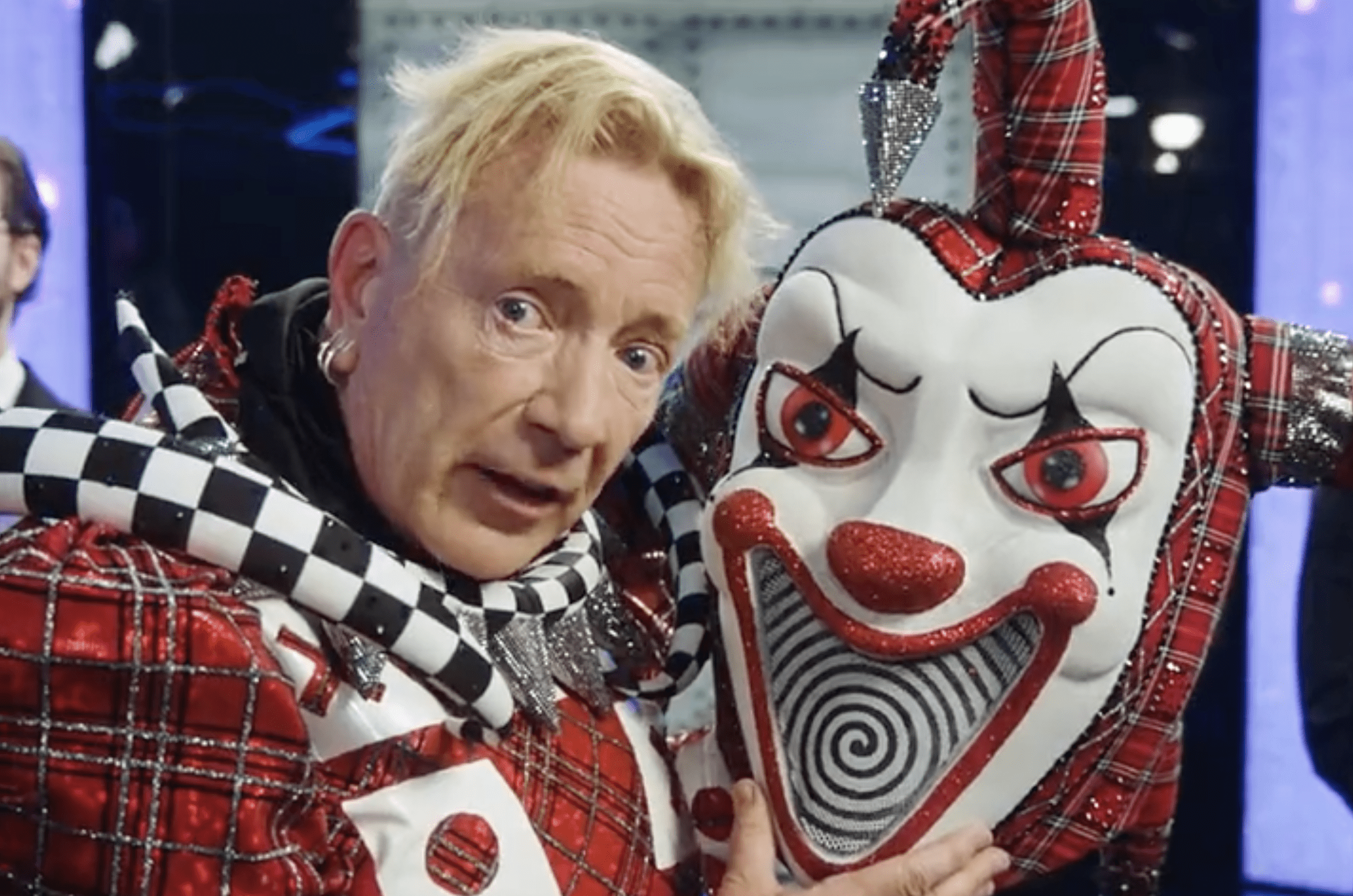