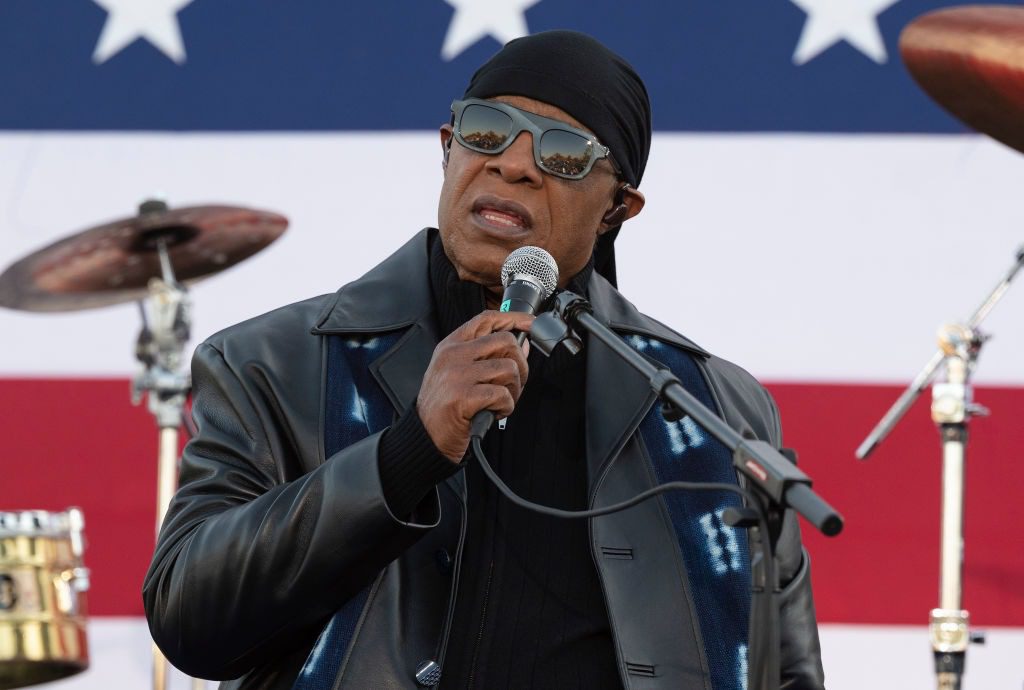 Stevie Wonder spoke in support of Joe Biden and Kamala Harris Saturday at a drive-in rally in Detroit, where the singer also performed a short set that included his first new songs in 15 years.

“The only way we’re going to win this fight, a fight against injustice, is by voting,” Wonder told the crowd. “We must vote justice in and injustice out.”

Wonder added, “I feel this election here is the most important one of my lifetime. When I’m in California hearing about a group of people that are trying to kidnap and murder the governor of this state, excuse my language, but that’s some bullshit. Unacceptable.”

The singer that said that, instead of a Juneteenth official holiday, the president should give reparations “for the work that we’ve all done over the last 400 years, unpaid,” and slammed Trump for attempting to dismantle health care in the middle of a pandemic.

Wonder’s four-song set opened with his classic “Higher Ground” and then showcased his two new songs released earlier in the week, “Can’t Put It in the Hands of Fate” and “Where Is Our Love Song.”

Wonder closed out his set in support of Biden with his hit “Superstition.”