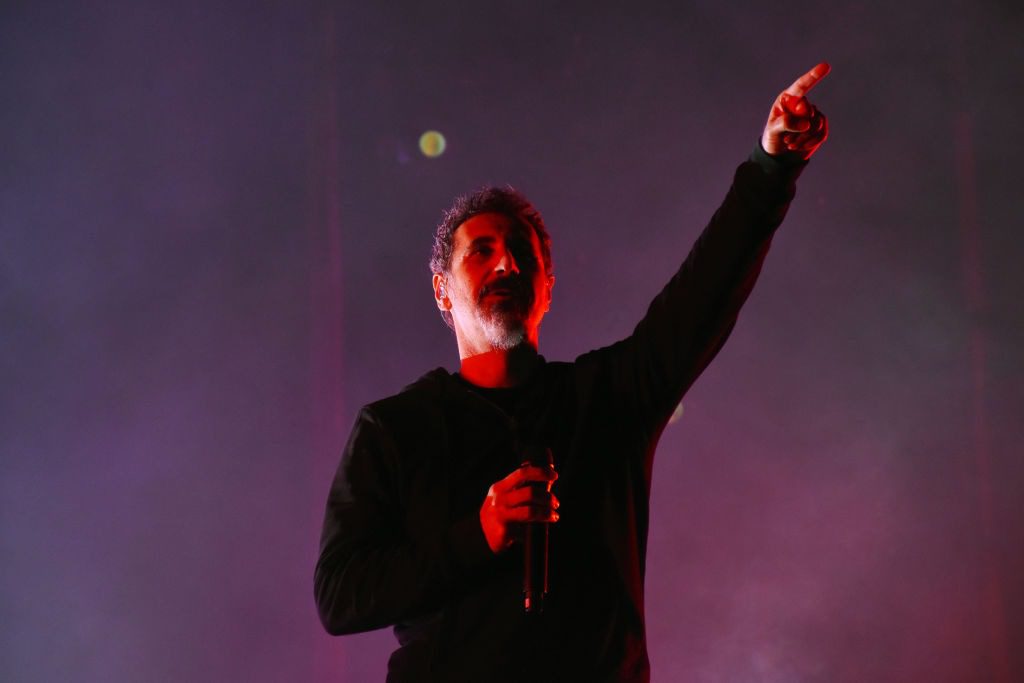 System of a Down played their first concert in over two years Friday at Las Vegas’ T-Mobile Arena, finally giving the metal band an opportunity to play “Genocidal Humanoidz” and “Protect the Land” live for the first time.

Both tracks arrived in November 2020, and marked System of a Down’s first new music in 15 years. Nearly a year later, System of a Down returned to the stage to kick off their five-date West Coast arena tour; Serj Tankian and company last performed together in May 2019.

Prior to “Protect the Land” Friday, Tankian told the crowd, “The combined forces of Azerbaijan, Turkey and Syria mercenaries attacked a peaceful people living in Nagorno-Karabakh who have been living there on their indigenous land for thousands of years. Those are our people. At the time, System of a Down put out two songs to help bring attention to the cause, and what we want to do is thank you, because you helped join our effort to raise funds and bring attention to this very important event.”

As System of a Down told IndieLand in 2020, they were inspired to end their lengthy studio hiatus — they hadn’t put out new music since 2005’s Hypnotize — to record “Genocidal Humanoidz” and “Protect the Land” after seeing the country of Azerbaijan start a conflict with Armenia; all band members are of Armenian descent.

“This is gruesome shit that’s going on,” bassist Shavo Odadjian told IndieLand at the time. “There’s nothing humane about it. They’re not saying, ‘Oh, leave our lands. We’ll be so polite to help you leave.’ They’re massacring people and doing all sorts of cowardly, disgusting things. And that just touches all of us [in the band].”

In addition to the two new tracks, System of a Down’s 30-song set list was heavy on Toxicity, with the metal act playing 11 of the LP’s 14 tracks. The group next play Saturday night in Fresno, California, with the brief trek concluding October 23rd at Los Angeles’ Banc of California Stadium.

Killers Guitarist Dave Keuning Explains Why He Left The Group, How He Returned