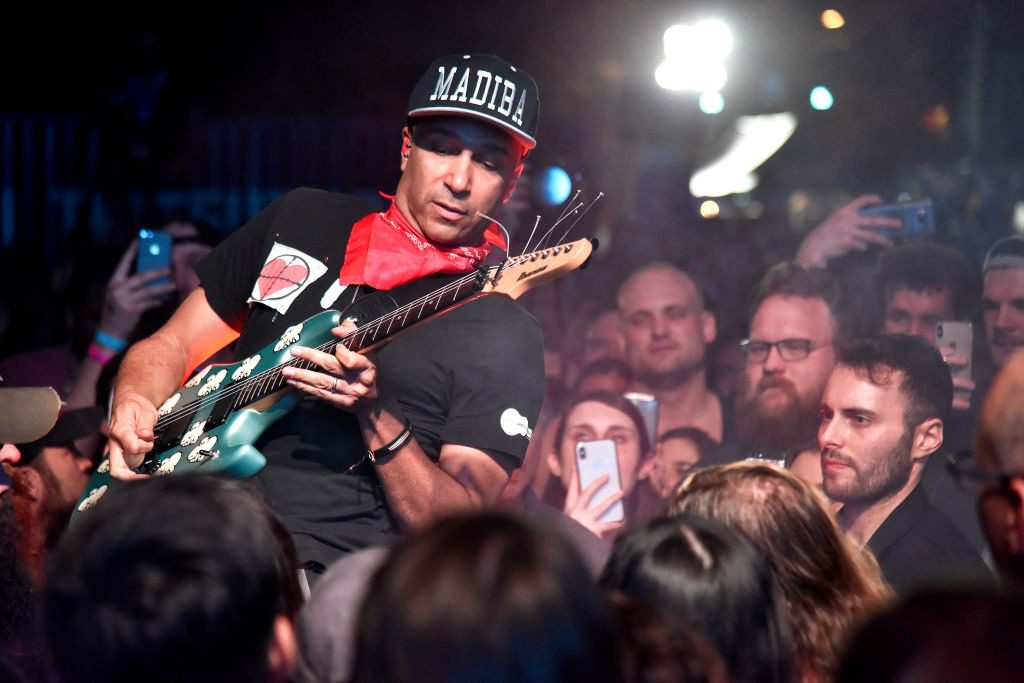 Tom Morello draws parallels between slavery and the police state on his new song “You Belong to Me,” which the guitarist released Friday along with a music video for the track.

“Our present is tethered to our past. The overseer’s whip & noose of history are today echoed in the policeman’s baton & pistol,” Morello said of the track. “I had a very clear idea I wanted to express with the song & the video and that is: Sometimes, enough is enough.”

“A tall man rides with shiny boots/On a horse named Robert E. Lee/Now whip will crack and tear men’s backs/And ankle chains will gleam,” Morello sings on the acoustic track. “He said eagles fly and rabbits run/And fire leaps from tree to tree/You may think you belong to you/But you belong to me.”

On the final verse of “You Belong to Me,” Morello recalls Nat Turner’s rebellion, “Master’s shot went wide/Nat Turner stood him on his knees/The plantation burned around them/Master cursed and whispered, ‘Please.’”

Morello told IndieLand in 2012 that he was working on music inspired by Turner’s rebellion. “Whether it’s biblical narratives or Civil War narratives, there are often stories that have been interwoven in my DNA my whole life that have never stopped resonating, and one is the Nat Turner story,” Morello said at the time. “It’s not a biography, but it’s a song about who belongs to who.”

“You Belong to Me,” available to purchase on Bandcamp, follows Morello’s recent protest song “Stand Up.”

“There’s a lot of non-Black people fighting back, too,” Morello recently told our IndieLand Interview: Special Edition video series.  “And you see that in the streets. And the music they’re pumping is Rage Against the Machine and some of my own music. I’m very proud of that.”