While horrorcore artists like Gravediggaz have all but disappeared,  many of the characteristics of the sub-genre carry-on albeit with less fanfare.

“Bear witness as I exercise my exorcism.”

These haunting words, from Wu-Tang affiliate Shabazz the Disciple, kick off Gravediggaz’s “Diary of a Madman,” a song that hip-hop fans look to as a pinnacle of horrorcore — a sub-genre of rap that featured exaggerated horror aesthetics and content.

The importance of Gravediggaz’s debut album, 1994’s 6 Feet Deep, cannot be understated. “Bang Your Head” — while not even close to hip-hop’s first foray into rock — showed how ‘90s hip-hop could be merged with rock without losing the critical gritty, street elements of the genre. “Diary of a Madman” was the first single from Gravediggaz, a four-man group consisting of The Undertaker (aka Prince Paul), The RZArector (aka RZA), The Gatekeeper (aka Frukwan), and The Grym Reaper (aka Poetic, who died of cancer in 2001.) The single is an over-the-top nod to demons, horror, and fright on the surface, but with the deeper layers of the song also shining the light on controversial topics like vaccinations at birth and conforming to societal norms. And “2 Cups of Blood” is a song that captured the dark and moody vibes that attracted many to this hip-hop sub-culture in a little over a minute. (“Dead stinkin’ rotten, your brain cells forgotten/The past, you had your bumba raas pickin’ cottton,” Poetic raps over Prince Paul’s dystopic production.)

6 Feet Deep was both the beginning and the end of horrorcore in the mainstream rap conscious. It was the first genuinely accessible horrorcore album, peaking at #6 on the Billboard 200 and even heralded by the likes of The Source as “creating” the sub-genre known as horrorcore. But while the album may have been the most visible for the sub-genre, Gravediggaz owed the foundation for the music to others who had mixed fright and horror with rap many years prior.

Ask a group of hip-hop heads about horrorcore and you’ll get a variety of answers. Some would call it a gimmick, referring to songs like DJ Jazzy Jeff & The Fresh Prince’s “A Nightmare on My Street“ which is about the duo’s encounter with Freddy Krueger; while others would instantly reference southern hip-hop legends Geto Boys and classic songs like
“Mind Playing Tricks on Me” which, at its core, is about extreme paranoia and the stresses of the street life built around haunting narratives and a wicked Isaac Hayes sample. It’s the duality of the genre with its shock factor — at times bordering on comical — versus the hard, street born rhymes, mixed with wicked imagery that makes horrorcore and oft-debated genre.

Many consider southern Houston hip-hop artist Ganksta N-I-P to be the originator of horrorcore with his 1992 album The South Park Psycho, a southern hip-hop classic filled with song titles like “Horror Movie Rap,” “Slaughter,” and “Psycho.” (Geto Boys also appear on the album.) In a 2014 interview with the Houston Chronicle, Nip insinuated that his horror driven raps were less about shock value and more about doing something to stand out from the pack. “I knew I wanted to be different…you had to find a way to stand out. Otherwise, what’s the point?”

This is very much the same path that another group of MCs followed. With a love of horror flicks and raucous rap, Three 6 Mafia began as Da Serial Killaz, a duo formed by DJ Paul and Lord Infamous in the late 1980s. Horrorcore was at the center of Paul and Infamous’ early days as Da Serial Killaz and eventually the early portion of Three 6 Mafia’s career. However, 3-6 leaned less heavily on horror after 1994’s Come with me to Hell album, which featured an early version of the group’s breakout hit “Tear Da Club Up.” But it wasn’t just the South who carried the flag for horror-rap in the early days. Bronx native and Ultramagnetic MC’s co-founder Kool Keith, who once claimed to be the “inventor” of horrorcore, leaned heavily on the anchors of the genre on his debut album Dr. Octagonecologyst.

While the term horrorcore may not be prevalent in modern-day, the sub-genre didn’t just vanish. You could argue the peak of the sub-genre was the late ’90s, well past what many would consider being the inception of the genre. Horrorcore, or a variation of it, saw its brightest moment thanks to a white MC from Detroit. Eminem’s major-label debut album, The Slim Shady LP, features more rap-misfit-with-a-comedic-twist than full-on frights and scares. However, the album’s booklet does feature a photo of Eminem with blood-covered hands and songs like “97‘ Bonnie & Clyde” sees Em fantasizing about killing his ex-wife Kim with their young daughter in tow.

One of horrorcore’s most polarizing figures — and nemesis to Eminem — was white MC Cage. Beginning his rise at the peak of Eminem’s stardom, Cage delivered his critically acclaimed debut album Movies for the Blind in 2002. The album is stacked with tales of mental institutions, drugs, and failed suicide attempts. The difference between Cage and other artists of the time is that Cage had respect from hip-hop’s underground, was lyrically impressive, and the majority of Movies for the Blind was produced by DJ Mighty Mi of beloved underground duo The High & Mighty. Cage was one of Eminem’s first beefs, presumably feeling threatened from the MC, which Cage referenced on “Escape to 88” with the line “being blackballed by a white MC.” As with many horrorcore MC’s and groups, Cage’s debut was widely considered his most successful release, which speaks to the novelty aspect of the sub-genre. As the sound of horrorcore eventually wove its way into the fabric of hip-hop, artists like DMX — who in the late ’90s was, at one time, the most popular rap artist in the world — brought the horrorcore aesthetic into his overall image and album artwork. Who can forget the satanic themes of songs like “Stop Being Greedy” and “Damien” on It’s Dark and Hell is Hot or DMX covered in goat blood on the cover of Flesh of My Flesh, Blood of My Blood. Outside of the critically-acclaimed albums from DMX, the true shock roots of the sub-genre were carried forward in many cases by lesser talented artists. Insane Clown Posse, who sits somewhere between horrorcore and a rap version of KISS, draws thousands of fans each year to their gathering of the juggalos, a festival of music, wrestling, and weird shit. But it’s not just clowns and wrestling where the sub-culture thrives.

Eminem’s latest album, Music To Be Murdered By, returns the Detroit MC to his Slim Shady roots, with the album’s cover art depicting Shady in a suit with a shovel in hand. And while he tends to eschew the label of being a horrorcore MC, Odd Future leader Tyler, the Creator leaned heavily on horrorcore elements earlier in his career.

Tyler has toned down the horrorcore elements in recent years but a newer crop of artists and projects continue to weave in elements of the sub-genre, from NYC underground stalwarts like JPEGMAFIA and Flatbush Zombies to pop superstars like Billie Eilish. These artists are all quietly carrying the horror rap flag forward, without overtly crediting the sub-genre.

It’s proof that horrorcore has not completely disappeared. In hindsight, the greatest horrorcore moment in recent memory wasn’t an album at all but rather Jordan Peele’s reinventing of Luniz 1995 hit “I Got 5 On It.”

666 And Inverted Crosses: The Evolution Of Satan’s Influence On Rap Music

__
Adam Aziz is a music consultant and writer living in Toronto, Canada. He has worked with the likes of Dave Chappelle, T.I., Xzibit, to name a few, and has written for ESPN, Complex, VIBE, and others. Connect with him on Twitter @brokencool 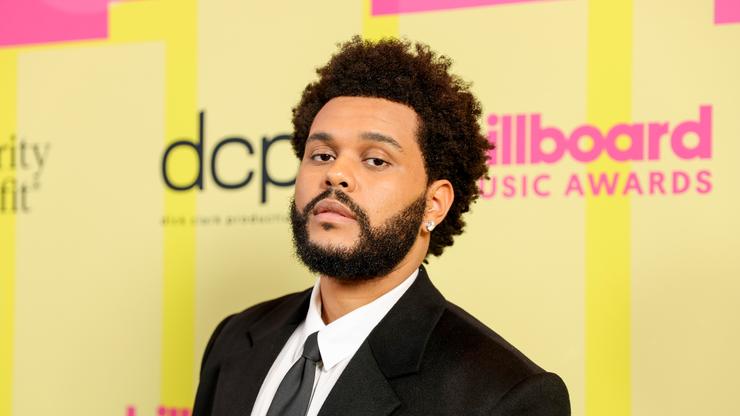 The Weeknd's “The Idol” HBO Drama Picked Up For First Season

Most Expensive Home Ever Sold In LA, "Candyland," Sells For $120 Million