Portugal. the Man, Big Freedia, Ben Folds, Blind Boys of Alabama, Warren Haynes, and Drive-By Truckers’ Patterson Hood will also among the 40-plus artists that will partake in the December 26th gig, which supports local grassroots organizations like Georgia Coalition for the People’s Agenda and CivicGeorgia ahead of the January 5th, 2021 runoff election.

“The stakes are incredibly high in the Georgia runoffs,” Kunj Shah, the founder of Live for Live Music and the Comes Alive event series, said in a statement. “The fate of the music industry, struggling small businesses around the country, and our democracy as a whole are at stake. With Georgia Comes Alive, we hope to once again channel the power of music to support the grassroots organizations getting people to the polls in January and shine a national spotlight on the importance of participation in democracy.”

Head to the Georgia Comes Alive site to donate and reserve a spot at the December 26th virtual gig. 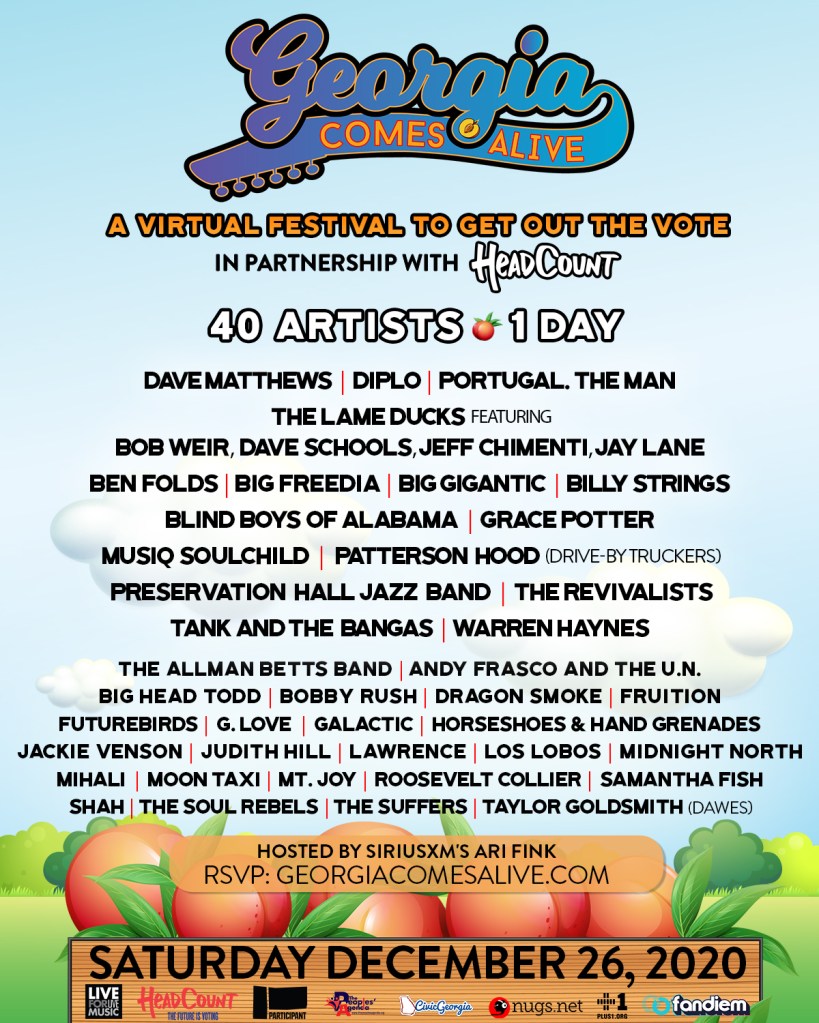 Hear Ashley McBryde Join Shenandoah on New Collab ‘If Only’