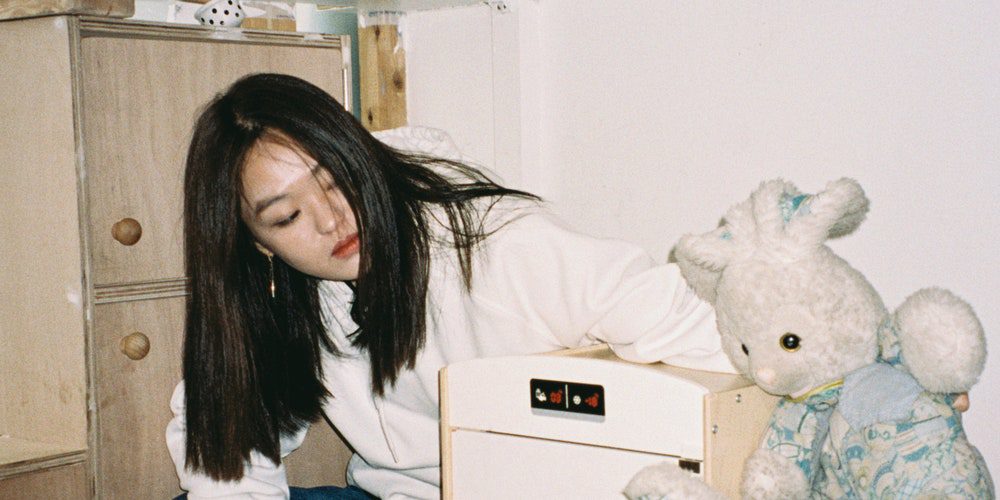 박혜진 Park Hye Jin’s previous solo release, the 2018 EP IF U WANT IT, was characterised by a dreamy electronic mood and laconic vocal style. So it’s a kick in the pants to hear the South Korean house DJ warning us to “shut the fuck up” over a sinister techno backing on “NO,” the fourth track on her new EP—like catching your grandmother cursing, or Daft Punk dabbling in hardcore. How can I is Park’s first release for Ninja Tune, the new label a sign of her blossoming status in the dance world. But far from playing it safe, Park uses the opportunity to expand her musical horizons: The EP’s six tracks touch variously upon juke, trap, house, and techno without ever committing to a genre.

Pulling this all together is Park’s flat-but-flexible voice, which has a way of creating micro-melodies out of the smallest inflections. In the chorus of “Can you” Park adds a sing-song edge to the word “babe,” transforming a trite line (“Can you be my babe?”) into an infuriatingly catchy hook—half playground taunt, half declaration of intent. She later adds an impassioned “I fucking hate you,” the two phrases crashing into each other and throwing off narrative sparks.

Park began experimenting with rapping and singing around 2015, two years before she turned to DJing. Yet her vocals on this EP, sung half in Korean and half in English, have more in common with the finite, hammer-headed style of juke than the expansive world of rap; her ultra-repetitive lyrics and sharp vocal hooks tend to ratchet off the beat like just another percussive sound.

The production on “Can you,” the EP’s best track by a pinch, also nods toward juke, using the barrelling kick drums, skidding hats, and frantic BPMs pioneered by DJ Deeon and DJ Slugo in Chicago a quarter century ago. But Park subverts juke’s unyielding musical storm by adding hazy synth melodies to the mix, and the light-and-shade contrast between melody and beat echoes the battle between love and hate played out in the song’s lyrics. “How come” follows a similar route, its 172 BPM scramble, garbled vocal cutups, and nebulous chords suggesting the energetic elegance of a rave in a rose garden, while “NO” is straight-up nasty, with Park’s bullish vocal riding a metallic techno stomp. “Like this,” the EP’s opening track, is the only song that would have easily fit on IF U WANT IT, its house shuffle and feather-light chords serving as a dapper stylistic bridge to what has come before.

At times it feels like Park is deliberately playing against her strengths as she confounds our expectations and forgoes the gorgeous indolence of IF U WANT IT. The repetitive nature of her vocals means there is little room to hide when the hooks don’t connect. The EP’s title track is horrible: A generic trap beat meets a slurred chorus that sounds about as melodious as a foghorn and inspires a mixture of mortification and distress. But a single misstep on an EP full of intriguing new paths does not a total failure make. How can I is not as thematically coherent or straight-up enjoyable as IF U WANT IT, but it is considerably more inspiring in its experimentation—a challenge, perhaps, to a house-music scene too happy in stasis.