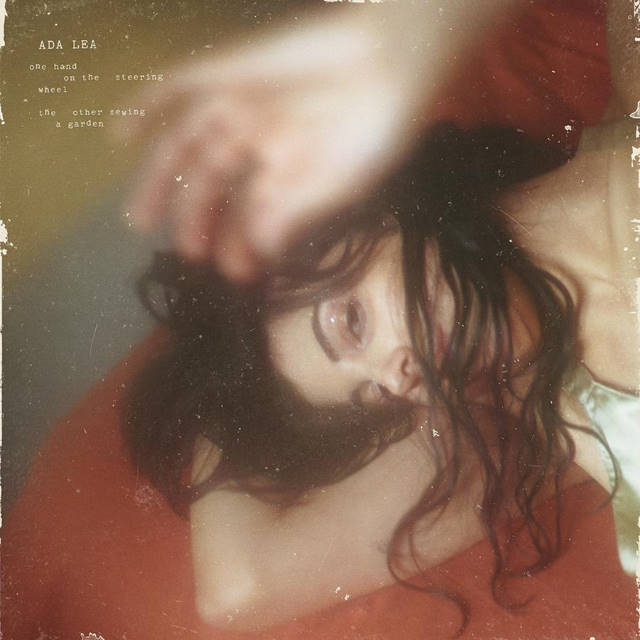 “Damn the fun thats missing” if you have not heard this track.

Montreal’s soft rock lounge queen Ada Lea (the pseudonym of Alexander Levy) is back after the success of debut album ‘What We Say In Private’. The absolute pinnacle of soft indie rock is what we have been delivered so far from the two tracks released on the run up to the drop of sophomore LP ‘One hand on the steering wheel the other sewing a garden’, out on the 24th of September. The trance-like melodic guitar work and airy vocals loop around your mind from the very first listen, you can feel the loneliness and need for escapism, yet its filled with hope and slowly sweeps you off your feet. Alexander Levy’s masterfull vocals allow you to feel safe and let you close your eyes and drift along on the slow twisting journey of the song, by the end you are almost spinning out of control but you don’t want to get off and stop listening, you are already hooked.

A slow light drum beat sets us off to begin with laced with symphonic keys and soft soothing guitar chords, the airy vocals echo around the whole song throughout starting with the powerful lyrics “The year started at the back of a train” possibly hinting to the feeling of not being involved and out of the loop. The hauntingly beautiful lyrics spin round in your mind as soon as you dive into this track, I was humming the melody many hours after first hearing it, as I was wondering through my house. The whole track was masterfully bought together by notorious American producer Marshall Vore who has worked with many talents including Phoebe Bridges. Levy being a natural artist worked in harmony with him and let things fall into place and you can hear it, not one part of the song feels forced. Natural bedroom soft rock at is finest.

We are led into a bluesy instrumental, orchestrated with soft melodic guitar riffs that make their way blissfully up the scales leading to another verse. The way the words and beat flow so naturally is really showing off the belief and natural talent Levy possess in her voice. I wont lie, I love this chorus, the repetition of damn at the start of every line is so entrancing and we can all relate to at least one line she delivers. “Damn the phone thats ringing” being the most telling and hard hitting when hearing on first listen.

The song spirals into a symphony of emotion, love and pain in its final sequence where we get the chorus repeated twice, however it slowly and melodically transforms into a sweet cry for help. Everything is lifted, The drums become centrepiece which was lead by producer Marshall Vore and the guitar work performed by Harrison Whitford elevates the record to a whole new level as Levy delivers her final lines with such beauty and emotion, she is almost one step away from screaming over this array of soft rock melodies. However, she stops right before, on the last line “damn the life thats winning” maybe suggesting there is no point in screaming over life it’ll be what it’ll be. It could be played at full volume either dancing around your bedroom or on a late night drive.

The music video fits perfectly with Levy’s artistic approach to all her projects, Directed by Monse Muro it’s a cinematic representation of feeling trapped within a situation and having to escape. Something performed by the dancer in the video with elegance and grace. It embodies the whole track and elegant cry for escapism. ‘damn’ being the opening track of the album is perfect, it brings to the table everything soft bedroom pop should be. I’m excited to see what direction the album sways to and hope we are in for more treats like this track.