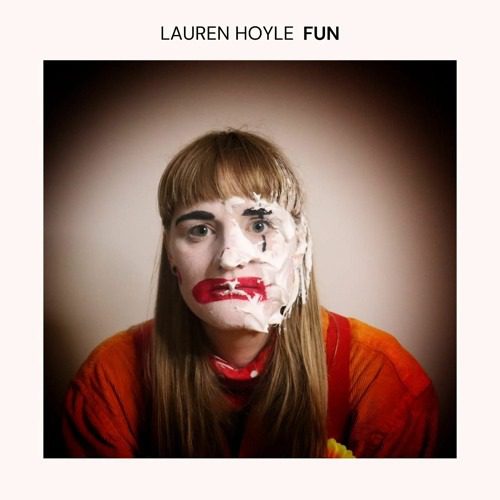 A portrait of a young woman, aloof and absent-minded, face smeared with the dishevelled makeup of a clown – Lauren Hoyle’s EP cover is a witty and explicit allusion to what her songs are about, and, true to her early female-led alt rock influences, she does not hold back when it comes to her lyrics. The five-track EP boasts a seemingly naïve title, but the Birmingham based singer-songwriter throws what assumptions we may have about the songs’ narratives firmly out the window from the very first track. ‘Hate Me First’ delivers a scathing attack on emotional immaturity when it comes to relationships, and its lyrics call out a certain someone for their post-relationship antics in Hoyle’s characteristically unapologetic fashion. It’s direct, combative and a little comical.

As the length of her EP suggests, Hoyle needs little room to make a statement. Coming in at just under three minutes as the shortest track on the EP, ‘Where Are My Friends’ is a punchy ode to missed nights out and absent pals, and it is easily the EP’s stand out track. Hoyle offers us a relatable scenario: we’re struggling with some deep-seated issues, and our friends have deserted us to deal with theirs. We miss the much-loved chaos of a good night out, and we’re about to get miserable as we reminisce about them. Though its lyrics are delving into the depths of loneliness and borderline alcoholism, the song’s riffs are surprisingly upbeat, making its themes much easier to digest and the track overall much easier to enjoy.

Hoyle’s insatiable energy is maintained right through to the end of the EP, when we are confronted by the well-timed shouts and catchy choruses of the closing track ‘Fun’, the tune to which Hoyle’s EP owes its name. The EP really reaches its climax here, as Hoyle reveals the true extent of her preoccupation with pressing the button with ‘self-destruct’ written all over it. Her frank and honest lyrics, which describe some pretty dark exploits, are juxtaposed against lively indie rock instrumentals, and these make Hoyle’s songs loveable and just a little bit addictive, despite their macabre subject matter.

What’s most notable about Hoyle’s EP, though, is its consistency. Each track is a stand-alone sing-along anthem in its own right, packed with enough scorn and cynicism to get all its listeners raring to express their own personal frustrations. With ‘Fun’, Hoyle puts all her issues, problems and grievances on the table without reservation, creating something provoking and cathartic in equal measure. Seething with irony and forthright in delivery, Hoyle’s EP takes its listeners on an introspective and relatively mundane journey, which, as Hoyle lets us know pretty early on, is anything but ‘Fun’.