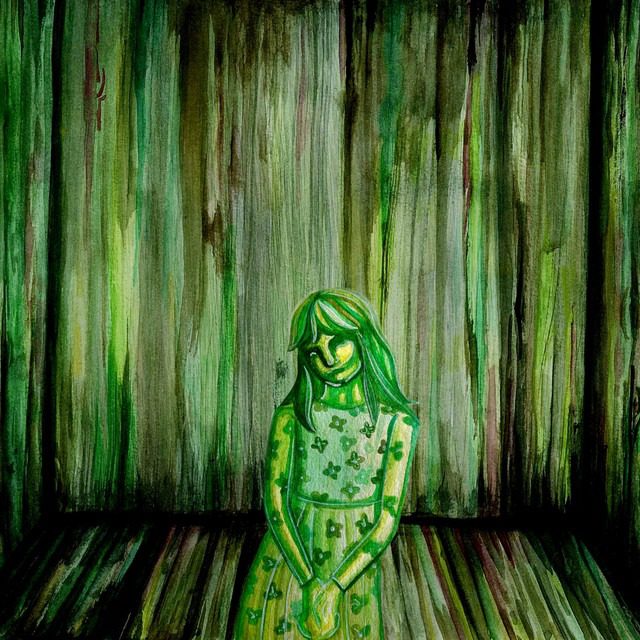 “I wanted something trans women could sing along to at our shows and cry their fucking hearts out” says Emily, the songwriter and lead singer in Danish act Reveal Party on the release of debut single ‘I’m A Girl’

‘I’m A Girl’ starts like a confession over the top of church organs before the beat kicks in and brings to life the music on this charming bedroom pop track. Emily’s lamentful vocals keep a sense of melancholia in the song even though the music feels like it wants to really let go.

With regards to the songs meaning I think it would be an injustice for myself as a CIS male to try and put Emily’s explanation in to my own words, so please read Emily’s statement below.

“I’m A Girl was a statement for me, I don’t usually write statements, so maybe it’s a weird thing to have be my first release and meeting with the world?

I wanted something trans women could sing along to at our shows and cry their fucking hearts out, the same way I’ve done at other shows. I wanted to make it absolutely clear that I’m a girl despite friends I never had, that I don’t have to have been any certain way or have had this or this sign.

Trans people always have to justify our transness by explaining that we are and have always been this or that way, or we had these signs or whatever. Being trans isn’t a choice, but that statement often implies that if it was a choice, we should choose not to.

I am a girl because I am a girl, I dress like a girl, I sound and walk around like a girl, but ultimately none of those things make me a girl, I didn’t choose to be a girl, I just am, and I do not have to justify this to anyone, and neither does anyone else. It does not make me lesser.

I am extremely happy and proud of being trans. It is incredibly hard, but that’s not because it inherently has to be, it is because our society actively makes it so, never forget that.”