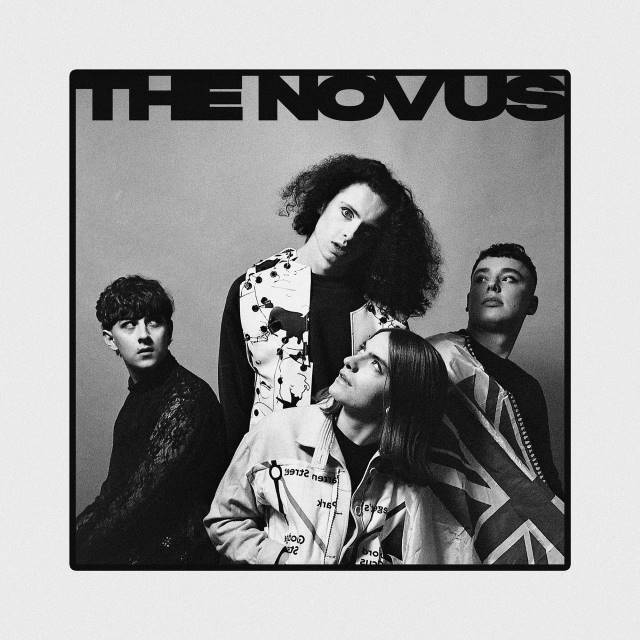 Birmingham alt rock quartet The Novus have been going from strength to strength recently. Their two last singles ‘Post Modern Fairy Tale’ and ‘Frosty’ received a very warm reception and got them a string of plays on the national radio. Their newest offering Titled ‘Man On The Bridge’ is following the same pattern. It has been played on BBC 6 Music by Steve Lamacq, BBC1, Radio X and by every independent radio show on the indie circuit. Those who have been following the band already will not be surprised at all. The Novus worked incredibly hard building their fanbase, touring constantly and quickly became one of the biggest starts in their native West Midlands. If you heard of them just now, you are in luck – the band has never sounded better, tighter and angrier.

Yes, ‘Man On the Bridge’ may not sound like an angry track, but The Novus are not shying away from delivering a sharp critique of the state of the world we live in. They are political, socially engaged and disheartened at the lack of prospects for the younger generation. Wait till you have a chance to see them live – this is where they truly shine and deliver a real rock and roll spectacle. Blood, sweat and tears – all on the menu.

‘Man On the Bridge’ had originally been self released in 2019 on a cassette, this edition (or a re-release if you prefer this term) comes through Flying Vinyl and is available on vinyl for the first time. The song was recorded and mastered at Magic Garden Studios in Wolverhampton with Gavin Monaghan (The Sherlocks, The Blinders, Editors). Written after the lead singer, Connor Hill, spotted a man dancing on a bridge in Camden just in his underwear, it combines a rather radio friendly beat with a fuzzy, grungy background and angry riffs.

It has always been a particular favourite of mine and now it sounds even better. Highly recommended and please remember the name. The Novus have their eyes on the top and with music such as this, they will not have to climb. They are taking the elevator.

Listen to “I’m Deadass” by Medhane