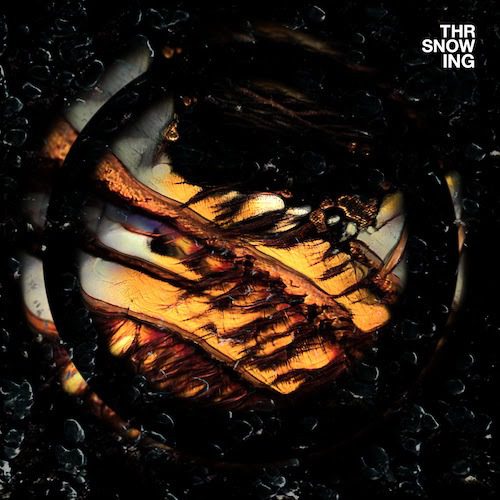 Three years after the release of his third studio album ‘Loma’, Throwing Snow is back on the scene with a new single and a fourth album announcement.

‘Brujita’ is the first cut off ‘Dragons’, Ross Tones’ (AKA Throwing Snow) new album after a three year hiatus in his solo career. In this track, the experimental producer does not hold back and explores the combination of sound and visuals in a refreshing way. For the LP, Throwing Snow has worked with artist, designer, and technologist Matt Woodham in order to create an algorithm that portrayed the songs’ sound in unpredictable, psychedelic images. These sequences will be used as the official music video for each song, giving every one of them a unique and unrepeatable identity.

The song itself is a proggresive-techno four minute track that grows in strength as the heavy drums and raw synthesizers kick in. In contrast to earlier projects, we can sense a departure of the artist’s conventional dance-house techno sound, as he is now approaching a much darker and gloomier place with both visuals and music, a concept he has been testing on his second latest single, ‘Lithics’, and on some songs of his latest album, ‘Loma’. This denotes a clear growth in Tones’ musical career.

‘Dragons’ is coming out on June 25th, via Houndstooth, and promises to be one of the most ambitious and exciting projects of the year.

Steady Rollin – Must I Die Alone