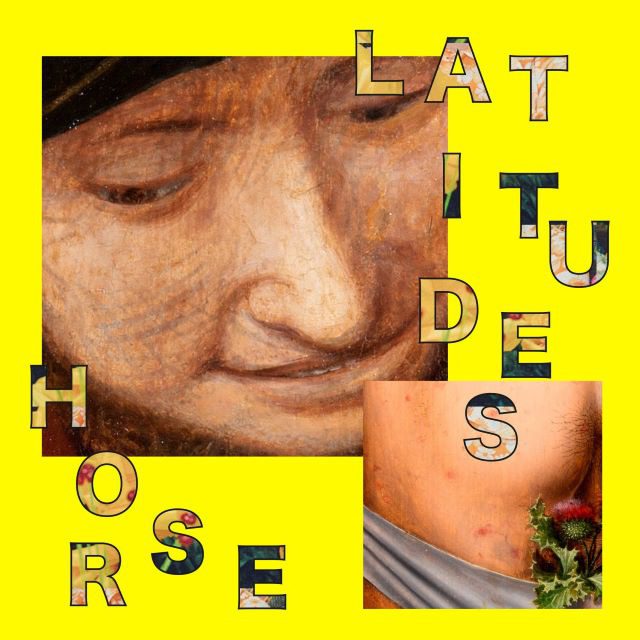 Admittedly, Voka Gentle’s ‘Horse Latitudes’ may not be for everyone. It’s far from an easy listen, and its relentless chanting makes it all the more challenging. “Get unburdened!” the London trio chorus, as their mantra absorbs into the track’s inescapably powerful beat. Pounding drums punch their way through the remaining 3 minutes with enough force to rival the stomping beats of post-punk outfit Warmduscher and heavy rock band Pigs Pigs Pigs Pigs Pigs Pigs Pigs. Its lyrics, however, take us somewhere else entirely.

Lyrically, ‘Horse Latitudes’ reeks of the uncanny. Vocalist William J. Stokes opens the track by assuming a number of roles, from the familiar and mundane (a teacher, a cleaner, a football coach) to the slightly unsettling (a no one, a doctor with a gun). Even more startling are the psychotic chants of “Carcass in the water!” that jump out in the track’s final minute, a reference to the horses historically thrown overboard stranded ships in order to preserve their water supply. Stokes’ lyrics personify both the stranded ships and floating carcasses, morphing them into metaphors for the disillusionment many of us feel at an uncertain point in our lives. This sense of disorientation, heightened by the track’s offbeat melodies and echoing vocals, is something anybody who’s ever felt lost or unaccomplished will strongly relate to.