The latest issue of The New Yorker contains a damning, deeply reported piece from the Pulitzer prize-winning writer Ian Urbina on Libyan migrant prisons. These institutions appear to operate with the implicit approval of the European Union, which provides money and training to Libyan forces.

Over the weekend, the investigative reporter was at the center of a very different conversation. In a 20-minute video, musician and YouTuber Benn Jordan accused Urbina of spinning an “extremely unexpected, brazen[ly] complex web of fuckery” and “scam[ming]” hundreds of artists. The allegations come after Urbina solicited a number of musicians to contribute to a project accompanying his book The Outlaw Ocean: Journeys Across the Last Untamed Frontier.

Jordan says Urbina reached out to him from his official New York Times email in 2019, asking if he wanted to make music related to The Outlaw Ocean. Urbina later sent Jordan a contract to cement their professional relationship. The agreement would make the reporter a co-writer on any musical contributions to The Outlaw Ocean project, even if Urbina didn’t create a lick. The contract also asked Jordan to grant a label, Synesthesia Media, 50% of any songwriting revenue earned from releases related to the book. Urbina failed to mention that he himself created Synesthesia, according to Jordan, and that he had approached other musicians with a similar collaboration offer. (More than 30 artists and counting have told Jordan they had run-ins with Urbina and shared their e-mail addresses with him, according to a document the artist shared with IndieLand.)

In exchange for signing over these rights, Urbina said that Synesthesia Media would put $50,000 into promoting the music, according to Jordan. In addition, the reporter said that a variety of other major media companies — including Spotify, Netflix and Knopf — were likely to amplify The Outlaw Ocean project in some way, ensuring “it would get a lot of attention and recognition.” “The reason that most of the artists participated in this project is because they were promised vast amounts of publicity and promotion,” Jordan says in his video. But, he adds, “none of that ever seemed to materialize.”

Urbina and Synesthesia Media did not respond to IndieLand‘s requests for comment about Jordan’s allegations. In a Medium post on Sunday, Urbina referred to Jordan’s clip as “mass trolling.” “I’d also note that neither I nor anyone on my staff have ever made a cent from the music project nor was or is that the intent,” he added. “It’s a project about which we are extremely proud. Far from being a scam, it is something of real beauty and innovation.”

Similarly, in a statement on Twitter, Synesthesia claimed that the YouTube video “is inaccurate,” without pointing to specifics, and that neither Urbina nor the label have profited from the music associated with The Outlaw Ocean.

There’s nothing surprising about allegations of impropriety in the music industry, which is rife with cons and scams, peppered with smooth talkers leaving broken promises in their wake. It’s easy to find major-label artists bitter about pledges that they claim were dangled before they signed a contract — for radio promotion, marketing support, or just the old-fashioned “we’ll make you a star, kid” — and never fulfilled afterwards. Lopsided terms that favor a label, publishing company, or manager are often baked into the contracts that acts sign early in their careers, and royalty accounting is wildly complicated.

Madelynn Elyse, owner of Shark Attack Records and a passionate advocate for independent artists, says reach-outs like the one Jordan received from Urbina are not unusual. “It is common to see similar work-for-hire type situations, where the artists are giving up a high percent of their royalties in exchange for the promise of promotional support,” Elyse explains. “Unfortunately, we see these kinds of projects time and time again.” And Jordan is aware of this history, familiar enough with a wide range of dubious-to-sleazy music industry behaviors to put out his own YouTube video titled “3 Scams That Target Musicians.”

“If a client brought this contract to me to negotiate, I would tell them to simply walk away,” says one veteran music attorney

This work obviously gives the writer a certain stature — Jordan even commends Urbina’s reporting in the same video that accuses him of enriching himself at the expense of hundreds of struggling musicians. “The average musician has no idea who Ian Urbina is, because they don’t read up on oceanic politics,” Jordan tells IndieLand. “But the words ‘New York Times plus my music career’ equals ‘good’ to most musicians. That’s the big difference [in this situation] right from the start.”

Jordan says Urbina also told him that he had a special relationship with the music distributor DistroKid. This was news to DistroKid. In a statement, a spokesperson for the company said “millions of people use DistroKid and we provide various levels of service depending upon the individual’s subscription plan. This user had signed up for the ‘label’ subscription plan, which allows bulk uploading and other upgraded services but nothing we don’t customarily provide to labels and businesses that want to use DistroKid.”

(The Outlaw Ocean project also appears to be behind something called The Noam Chomsky Music Project, an effort to “amplify [Chomsky’s] voice in an innovative way, delivering his words through one of the most universally powerful artforms,” according to its website. Urbina is credited as a writer on at least some songs for that project as well, which are available on Spotify. A representative for Chomsky did not respond to questions asking if he was aware of this effort to “produce EPs inspired by and infused with Chomsky’s voice.”)

Artists with little legal expertise and few resources to pay lawyers often end up signing documents without fully understanding the contents. “If a client brought this contract to me to negotiate, I would tell them to simply walk away,” veteran music attorney Rachel Stillwell says after reviewing the contract that Urbina sent Jordan in 2019. “There is no reason to give Synesthesia, which has no recognized expertise in the music business, any copyright ownership interest in either the musical compositions or sound recordings.”

“When somebody doesn’t offer you upfront money, say no, because they’re not valuing you” – Benn Jordan

“Even a grant of modest revenues from the musical compositions and sound recordings to Synesthesia as ‘administrator’ would have been a bad idea, considering the egregious nature of the rest of the contract and that entity’s lack of a track record,” Stillwell adds. “But Synesthesia’s demand for a transfer of copyright ownership interest in those works is beyond the pale.”

A manager who works with highly successful independent artists also reviewed Jordan’s contract at IndieLand‘s request, concluding that “the arrangement and the ambiguity around the value exchange is definitely shady.” “There’s a lot of this kind of stuff that happens really often [in the music industry] unfortunately that can be considered worse as far as deals go,” the manager adds. Though much of it is “far less sensational” — meaning it doesn’t always become a topic of conversation on Twitter.

Jordan is well-versed in the music business, and he ended up backing out of Urbina’s effort, calling the Synesthesia contract he was sent “utter nonsense.” It’s unclear if Urbina sent all artists the same document. It’s also unclear how much money the songs attached to The Outlaw Ocean have generated. “Anyone who says, ‘this is how much I lost’ doesn’t really know what they’re talking about,” Jordan believes, “because of the lack of accounting from Ian.”

That said, in a FAQ page of the Outlaw Ocean Music website, the company said that before June it made “roughly $29,000, and all of that money has gone back into funding the release of new music.” Similarly, Synesthesia’s Twitter statement claimed that “all money that has been earned from the music either goes back to musicians or is used by Synesthesia to broaden the reach of the journalism by covering the costs of new albums.”

When Jordan posted his video, Urbina had amassed more than 700,000 monthly listeners on Spotify, thanks to his co-writer credit on so many releases. In theory, even if any given song wasn’t earning many streams individually, it’s possible that a large number of tracks could still generate a meaningful income over a significant period of time.

“The arrangement and the ambiguity around the value exchange is definitely shady,” says one manager

“What is unsettling about this situation is the number of musicians that Urbina allegedly contacted,” Elyse says. “I can understand a journalist collaborating with a handful of musicians to make an album — that sounds to me like a passion project. But hundreds? … To me, this amount of work implies he was hoping to build not just an album or EP, but an entire library.”

A manager who has access to Spotify’s back-end artist analytics tool, which allows music executives to compare one act’s performance on the platform to another, shared a screenshot indicating that Urbina was earning roughly 50,000 streams a day on Spotify until recently. If these were plays from paying subscribers based in the U.S., industry sources estimate that stream count would bring in $150 to $200 a day. (But remember, Urbina doesn’t own all the rights to these songs, so that revenue would be split.) Publishing revenue is a smaller, separate revenue stream on top of that.

Even though Jordan isn’t personally losing royalties, he says in his video that he was still compelled to come forward because “there are so many schemes to take advantage of musicians’ time and resources at a time when they can’t even make money from performing.”

The video already appears to have had some impact. “Despite having put a lot of investment into releasing the albums, Synesthesia, the label I created to run the project, alerted all participating musicians yesterday that they are welcome to keep their streaming revenue if they prefer not to help grow the effort and spread the reporting with a portion of that revenue,” Urbina wrote in his Medium post. “Any artist who wants to have their music removed from the project has also been given the option to do so.”

Jordan hopes that his video will also help artists look at any offers they receive with renewed skepticism. “When somebody doesn’t offer you upfront money, say no, because they’re not valuing you, and that’s not gonna be a good relationship,” Jordan says. “There are very few situations where that pans out for the artist. It’s always a lopsided deal.” 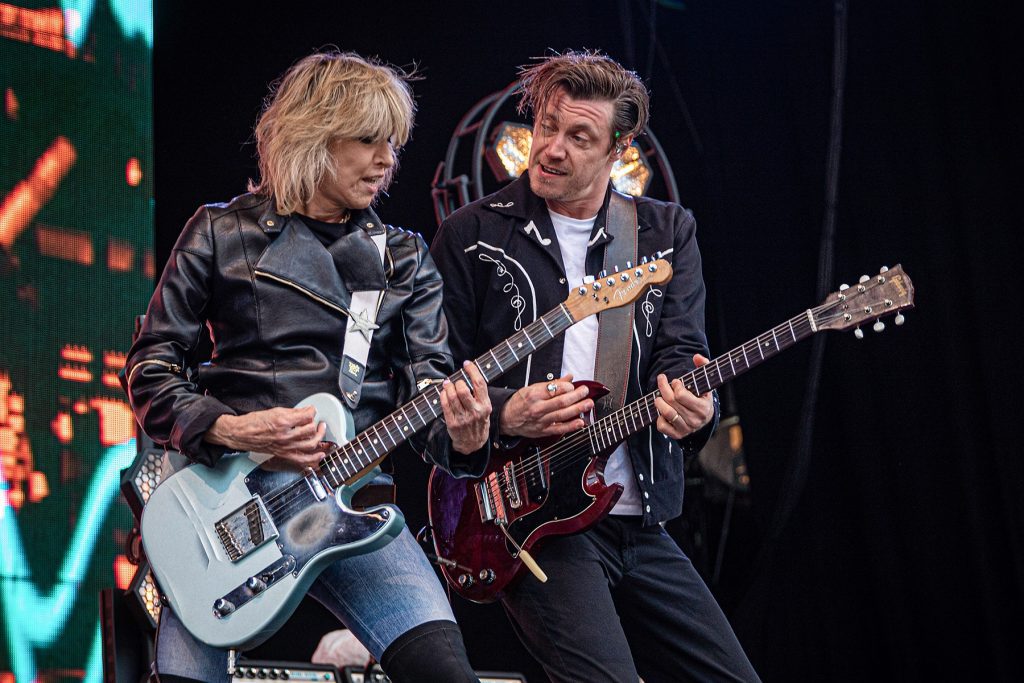 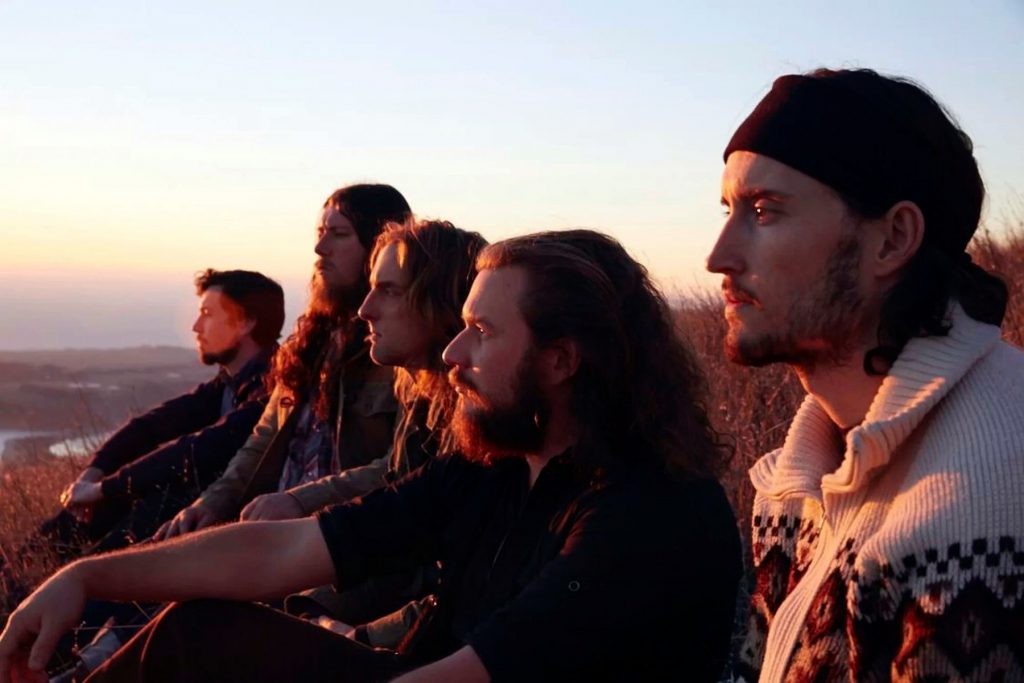 My Morning Jacket Keep the Grooves Flowing on ‘The Waterfall II’ 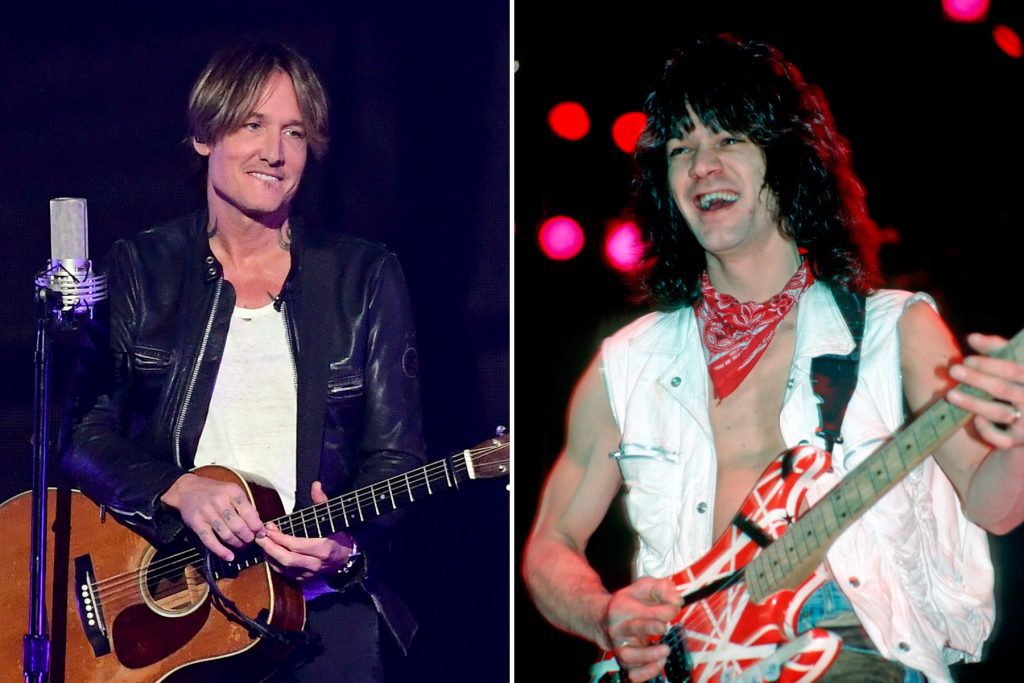