Bernard MacMahon assumes we know a lot about Led Zeppelin. He’d guess that most fans have listened to the riffs and record sides thousands of times, tracked down the bootlegs, scoured YouTube for clips, read Hammer of the Gods and can recite the anecdotes of backstage debauchery (whether or not they involve deep-sea predators and/or the occult), concur that the stairways to heaven have now all been bought. The documentarian takes it for granted that even those who don’t know that words sometimes have two meanings are aware of how Zep’s doors had all closed. What the director of Becoming Led Zeppelin and producer/cowriter Allison McGourty wonder is: But does everyone know what Jimmy Page, Robert Plant, John Paul Jones and John Bonham did before they found each other? And what those first few years were like, when this newly formed band were playing shows just a month after they’d formed and playing underground clubs in the States?

The first authorized doc on the band, Becoming Led Zeppelin works best if you’re the sort of diehard Zep-head who’s really, really  curious about Page’s first appearance on British TV with his skiffle quartet (on the talent show All Your Own, in 1957). Or the session work he and Jones would do on Shirley Bassey’s “Goldfinger.” Or how James Brown influenced Bonham’s straight-ahead, four-on-the-floor drumming for the Senators’ hit “She’s a Mod.” Want to take a deep-dive into the original “Dazed and Confused,” as sung by Keith Relf during Page’s psychedelic Yardbirds 2.0 phase, and hear what went through Page’s head when he discovered the Les Paul Gibson Black Beauty? (He may or may not compare the axe to Excalibur!) If the answer to “how many more times can you hear Plant and Page discuss that fateful day when all four of them ran through ‘Train Kept a Rollin” and discovered that explosive sound” is “infinity plus one,” then this movie is for you.

Play close attention to that title, though, because fair warning: The documentary stops at 1970, right when Led Zeppelin II comes out and the band has only begun to establish itself as a rock & roll juggernaut. It’s an authorized doc, with full songs and new interviews from the surviving members — and the crown jewel of MacMahon’s archival work, a rare uncovered audio interview from ’71 that Bonham gave to an Australian reporter and took him a year to track down — that go into great detail about their childhoods, their early musical heroes, their first few rock groups. But you can’t say it’s the definitive documentary on them, because it stops short of so much history that happened after “Bring It on Home” brings the album on home.

At Saturday’s press conference at the Venice Film Festival right before the movie’s world premiere, Page told reporters that previous offers to do a portrait of Zeppelin had been “pretty miserable…yes, miserable!”, because the interest was always in everything but the music. MacMahon and McGourty not only focused on the music (the director referred to the film as a “musical” several times), they stopped before the story became bigger than the music itself, which is likely why Page said yes. The duo also storyboarded the movie, which is a rarity for a documentary, and Page said that those showed him that they’d done their homework. It also told him everything that would be included. He could see that anything superfluous to those songs would be M.I.A. For someone who has always been the band’s head control freak and keeper of the final word on all things Led-related, that had to be a perk. For viewers, the experience of hearing these rock heroes’ origin stories presented this way sometimes feels micromanaged to a fault. 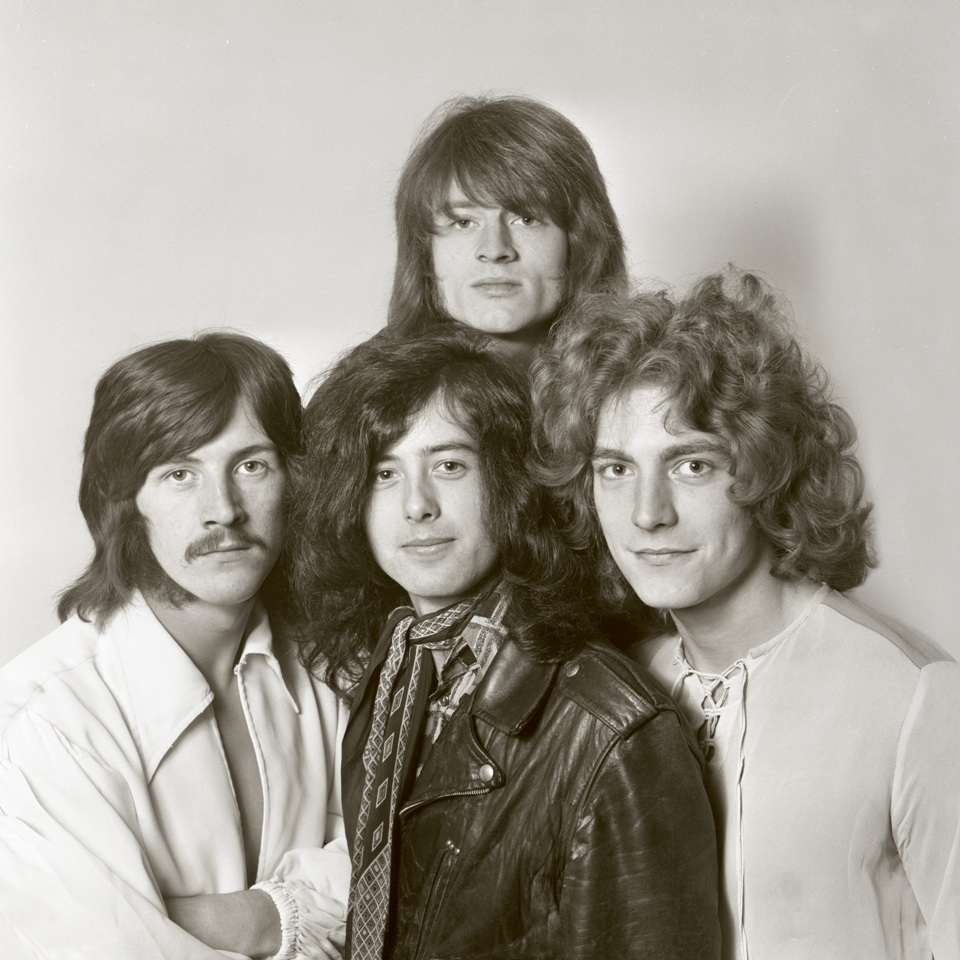 But dear god on the stairway to heaven, what you get here footage-wise, especially when we finally get to the actual band’s formation? It’s revelatory even if you’ve heard live versions of these songs before, and often straight-up gobsmacking. MacMahon had been trawling archives and reaching out to cameramen who’d shot the band way back when, to see if there were different camera angles, extra reels, outtakes. He’s unearthed some rough gems in the process. Some of the snippets of shows from that very first Scandinavian tour have been around, but there are what seems to be new angles in the “Good Times Bad Times” footage here. The ’69 London performance of “Dazed and Confused” looks and sounds better. A concert in a tiered auditorium — positively tiny compared to the stadiums they’d soon be playing — is filled with what appears to be families on holiday, with several little kids holding their ears as they rip into “Communication Breakdown.” You can see and hear bits of their legendary Fillmore West show, a make-or-break gig which found them slotted between Taj Mahal and Country Joe and the Fish; ditto their appearance at a blues festival in Bath.

That last part is intercut with footage of the Apollo 11 moon landing — the festival took place on the same day, which lets Plant pontificate about the experience of playing for a crowd while “a man actually walked on the moon.” It’s a questionable directorial choice, as letting the singer say he was “finding the best bits of black music and putting it through the ringer” sans an ounce of irony, or Page comparing manager Peter Grant’s imposing appearance to a “Mafia don.” (Let’s just say some of Grant’s tactics would put mobsters to shame, if even a quarter of the rumored stories are true.) It’s great to hear “Whole Lotta Love,” a top five Zep tune. Do we need to hear all of it while a montage of magazine headlines about this group of rising young stars making it on the rock scene also plays over the entire six-plus minutes? The jury is out, though Page does go into great detail about how he came up with that mind-warping avant-rock middle section.

But for all of these headscratching moments, there are numerous itches that are perfectly Led-scratched for those who find Zep’s back catalog permanently awe-inspiring. What these early live scenes give you is a real sense of the sex and power of the music they made — how physical and visceral and carnal they were right from the very start. It’s worth sitting through Becoming Led Zeppelin for those clips alone. When it abruptly ends right when the real story begins, you want let out a Plant-level wail: Wait, that’s it?! In a perfect world, this would be the first chapter in a Beatles’ Anthology-style multi-chapter series, in which Page/Plant/Jones opened up about the other albums, the other riffs, the tours and ups and, yes, the downs. We live in this one, where MacMahon has given us a thoroughly itemized, straight-from-the-rock-legends-mouths breakdown of their early years and pre-Zep careers. There’s a whole lotta love for those initial glory days. You still want a whole lot more of what happened and why.

The Chicks’ Natalie Maines on Howard Stern: 5 Things We Learned