Peter Jackson’s nearly eight-hour Beatles documentary, Get Back, doesn’t lack for much, and even pulls off the remarkable feat of offering fresh insight into one of the most pored-over groups in music history. And yet still, somehow, some were left wanting more. On Twitter, Jesse Hawken — a prolific poster and host-producer of the culture podcast Junk Filter — kept seeing complaints that the film lacked someone to provide context: say, a famous musician who could explain what the Beatles mean to them.

So Hawken, as he’s wont to do, made a joke out of it: “Get Back was okay,” he deadpanned earlier this week, “I really wish they had interviewed some of today’s top artists for the film. Would have liked to see Dave Grohl say that there wouldn’t have been Nirvana or the Foo Fighters without the Beatles, to put the band in historical context.”

"Get Back" was okay, I really wish they had interviewed some of today's top artists for the film. Would have liked to see Dave Grohl say that there wouldn't have been Nirvana or the Foo Fighters without the Beatles, to put the band in historical context

What followed was a viral thread featuring photos of Grohl and many of his fellow inescapable musician commentators giving interviews, accompanied by stock phrases written by Hawken, but that sounded like they could’ve been pulled from any rock doc from the last 25 years. There was Rick Rubin saying,  “They called George ‘the quiet one’ of the group, but when he spoke, everyone listened. Well, except John”; Billie Joe Armstrong quipping, “’Helter Skelter,’ man, that’s like the original punk song. Would we have punk rock without The Beatles? I dunno man, I can’t answer that question. I don’t WANT to answer that question”; and Trent Reznor delivering the pitch-perfect, “I gotta be honest with you, it took me a while to get into their early records.”

As the thread went viral, chaos ensued in Hawken’s mentions. While some were confounded by the gag and didn’t quite get that it was a joke (“That makes no sense,” wrote one commenter. “The footage spoke for itself”), others jumped in with their own fake celebrity talking head creations (featuring Henry Rollins, Taylor Swift, Don Henley, and even — because why not — Jerry Seinfeld). Some of rock & roll’s most storied critics, like Robert Christgau and David Fricke (referred to as “this guy”), popped up as well.

Hawken tells IndieLand he’s “been a long-time skeptic” of music documentaries because of how formulaic they can be, especially when it comes to the parade of celebrity talking heads. But Get Back, meanwhile, was an exception.

“It’s demonstrably not what you usually get from music documentaries,” he says. “It has a very generous length, which streaming has provided. But it’s a film that does not hold your hand — if you’ll pardon the pun — and walk you through it. It’s observational. It’s about vibes. It’s like being immersed in a sort of dream where you hang out with the Beatles for a few hours. That’s what it feels like, and it’s not so much your basic sort of history music documentary. And I found it funny that people’s responses to this had been to plug it into what they’re familiar with when they watch documentaries, especially music docs.”

Hawken — who also has a Get Back episode of his podcast coming out soon — spoke with IndieLand about the creation of and reactions to his viral thread, what makes Get Back great and most music docs dull, and how he hopes this bit of satire might bring an end to the genre’s reliance on the unnecessary celebrity expert.

I gather you generally liked Get Back.
I thought it was a tremendous work. You know, I have a reputation that I’ve cultivated for myself as being a skeptic about a lot of popular culture. But on this film, I’m a very strong advocate of the kind of work that this is. It’s a documentary that’s kind of about the Beatles, but it’s really about the creative process

And the other thing that’s so interesting is that this is one documentary crew interpreting the collected material from a different documentary. Michael Lindsay-Hogg had all this raw material, and certain things that he captured, he either wasn’t allowed to use at the time, or didn’t realize the significance of it, because it was too recent. Put 50 years on it, and it has a new meaning.

"I guess enough time's past I can admit it, right? The Beatles were a huge influence on Oasis. Huge. Those mellotrons on 'Morning Glory'? We nicked that from the Lads" pic.twitter.com/k47cexMHf7

Did the film reveal anything new to you about the Beatles?
I think the original Let It Be cemented in a lot of people’s minds the official version of how it ended for the band. Even though Let It Be has been out of circulation for a long time, it was the movie that sort of reinforced that narrative of, they didn’t like each other, and Yoko was a terrible presence and was getting in the way of things. This film is a more honest reflection of the whole story. Peter Jackson watched everything and then boiled it down from 60 hours down to seven and a half and was able to — through some fairly miraculous things that Michael Lindsay-Hogg caught on film — get a better overall picture of what was really going on with these guys. … I would also wager that if a documentary crew had been there while they were recording Rubber Soul or Revolver, you would have gotten similar fights captured on film.

Tell me about coming up with the quote and artist pairings for this thread.
What I thought of when I was writing it is: What do you always see in every music documentary? And the first name that jumped to mind was Dave Grohl. No offense to any of the musicians that I’ve included in this thing, because they’re sitting there for an hour talking and the editor is the one that chooses the soundbite. So God knows what they really said. But it’s a cliché in music documentaries that you have to have famous people give context to great music for their own creation. But when you do that, you wind up equating them. Like, a lot of famous musicians will say, “I’m a famous musician, and these were the famous musicians that inspired me. You wouldn’t have me without these people.” There’s something a little bit self-serving about it, whether or not that’s what the rock stars have in mind when they’re talking. That’s what comes across.

But the big joke — and I think one of the reasons people responded so well — is I was trying to capture every cliché you’ve seen a million times. One of the funny things that people were telling me is, “It’s scary how I can hear them saying these things.” You know, you always have Yo-Yo Ma explaining how it was so rare to have a string quartet in a pop record and stuff like that. These are all things we all know already.

(plays the end of Eleanor Rigby) "This was something you never heard in the popular music of the time" pic.twitter.com/kb4bovyMz8

Any that you were particularly proud of?
The one that I thought was the funniest was the Trent Reznor one, where he says, “I have to admit I didn’t like the first records.” You can totally hear him saying that.

A lot of people in your replies were making them as well — any of those jump out at you?
There was a funny one with Henry Rollins talking about how [the Beatles] were the original “I don’t give a fuck” kind of guys — that’s one I missed. I had mercy on Questlove. I could have included him in the thread. But of the rock stars that have had things to say about this film on Twitter, he was fairly insightful, so I didn’t drag him into this.

What about negative replies? It mostly seemed to be people thinking you were serious.
Well, that’s the funny part about it. I mean, a lot of the joke threads I do, I leave it open for people to misinterpret and misunderstand, and that becomes part of the joke. So, many people were telling me what my joke is, which is, “We’ve seen this a million times already. Every documentary has Dave Grohl talking about this band! This is a different kind of film. You obviously don’t understand it.” And it’s like, “Yeah, exactly.”

Going back to music docs more broadly, was there a particular movie where you finally just got fed up with the talking-head formula?
The Dave Grohl one, Sound City, was a lot like that. It was famous people talking about other famous people. And, like, we all know that the Beatles are so influential, and what I liked about Get Back is that it just removes everything else. It assumes that the way that it’s presented is all the context that you need.

"We played a little rooftop concert of our own, ya know. Got into a little trouble with the law ourselves. I guess you could say it was kind of our tribute to the Lads" pic.twitter.com/tyXDKNpP4d

Do you like the Lonely Island movie Popstar? There’s a ton of celebrity talking heads in that, and that’s clearly part of the parody.
Yeah, that and Walk Hard, I got a lot of comparisons to those two projects. My dream was — when the thread really hit — that some music-documentary guys will realize, “Yes, I engage in this stuff too, and we need to stop it.” Like, the way they stopped making the airport-disaster movies after Airplane came out. That’s the ideal of a parody or satire — that it finishes off the cliché.

It does seem like maybe it’s on its way out. Todd Haynes’ The Velvet Underground doesn’t use that format either, except for Jonathan Richman, but he was actually there and if you want to hear anyone talk about the Velvet Underground, it’s him.
Yeah, but Todd Haynes is an actual film artist, too. Haynes never comes at things the way that almost everyone else does. Same with Jackson. And I will also add that the other critique of the film is that it looks too cleaned up and it’s too perfect, the “smooth Ringo” comments. But we’re talking about film restoration here. These are old, moldering prints from 50 years ago. The source material is so damaged that it’s miraculous what they did to restore it. And with that in mind, I have no real complaint. And I usually don’t like that sort of uncanny valley visual trickery, but I thought it was subtly applied here.

So do you think that the talking-head format is here to stay in rock docs, or that parodies like this might help push out the trend? My assumption is that people in suits like the hand-holding aspect and the star power these interviews provide.
I like to think that this film is going to really get other documentary filmmakers to up their game when it comes to the way that they tell these stories. Get Back doesn’t really tell us a lot of what we already knew. If anything, it makes us reconsider what we were told. 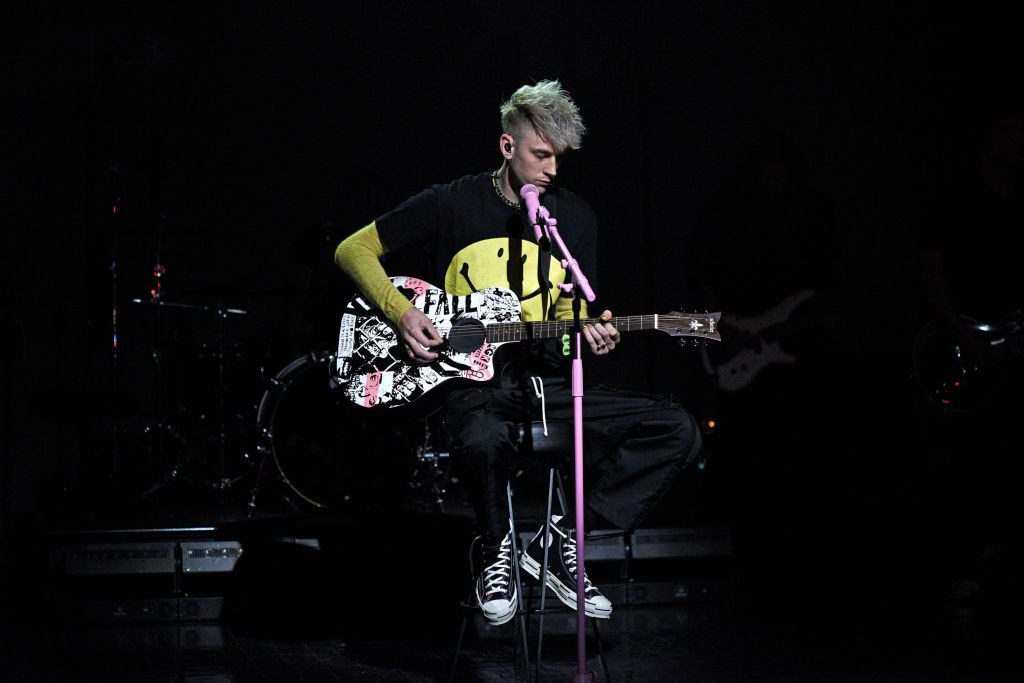 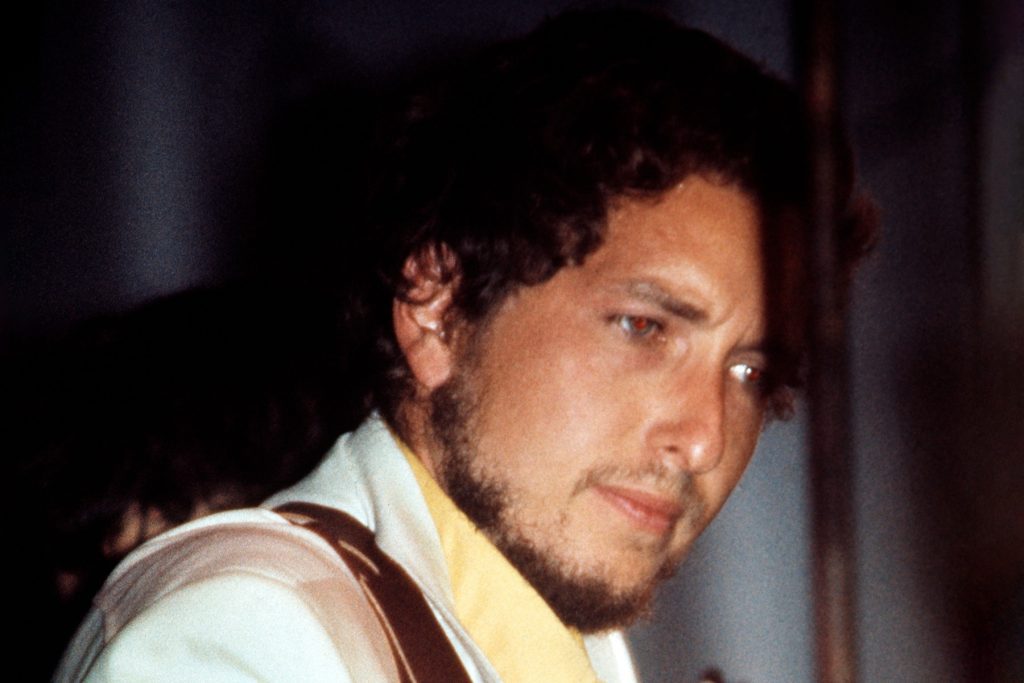 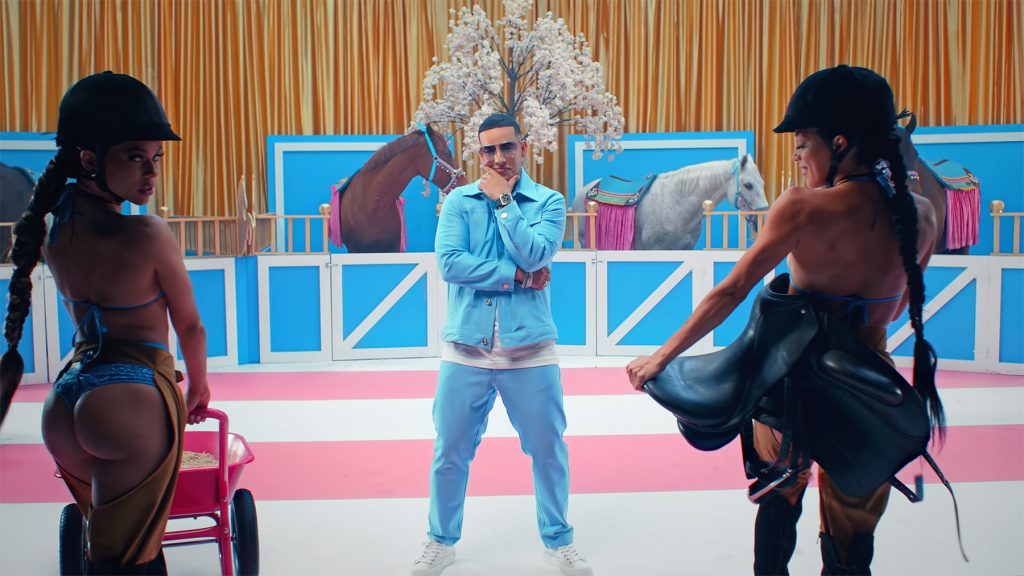