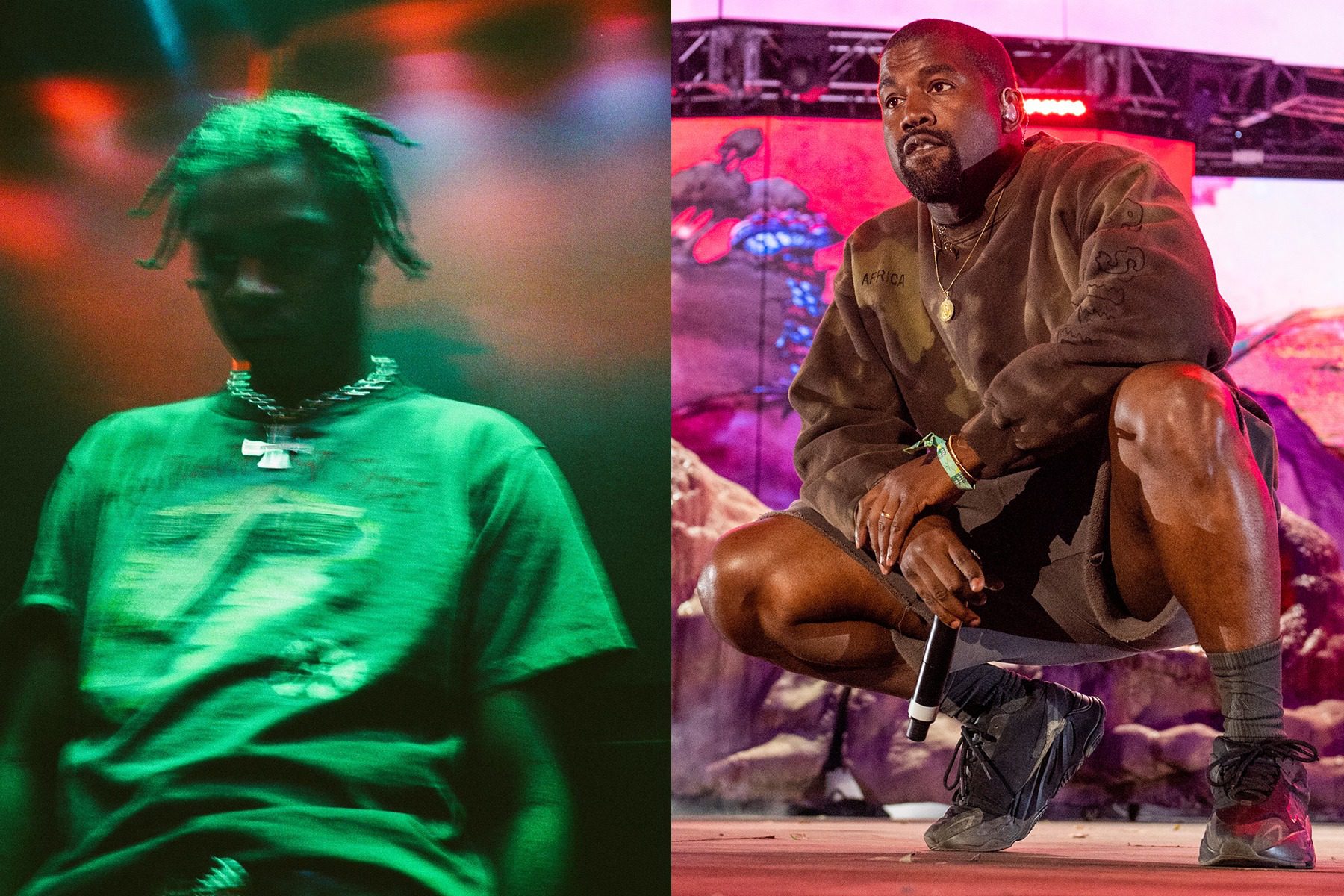 When Ye calls, you answer. Take it from Digital Nas. Last April, the rapper and producer, whose real name is Nasir Pemberton, was living in Atlanta, making his own records as well as tracks for Lil Yachty, A$AP Ferg, Sheck Wes, and others at the time. Then he heard that the star formerly known as Kanye West had heard some of his tracks through Mowalola Ogunlesi, design director for Ye’s Yeezy Gap collaboration — and he wanted to meet Nas in Los Angeles.

“I went out there on a whim, no expectations,” says Nas, age 23, over Zoom from his original home studio in Atlanta where he’s enjoying a brief vacation. The room is saturated with royal blue light, evoking the chill vibe of his production style. “Then it turned into me living out there. By the fifth day, my manager gets an email like, ‘Hey, we want Nas out here indefinitely.’ And we’ve been just rocking ever since.”

West included two of Nas’ tracks, “Junya” and “Remote Control” (as well as a “Part 2” for each) on last year’s Donda, which the Recording Academy has since nominated for the Album of the Year Grammy. Those tracks feature simple arrangements, an easy-gliding church organ feel on “Junya” and a downtempo beat with whistling on top for “Remote Control.” “That sound was so mantra-like,” Nas says. “It was just simple. It was like a feeling. [Ye and I] call it ‘monk music.’”

Since relocating to Los Angeles, Nas has been working on his new album, DN3, slated to come out Feb. 4. “I’m not going to lie, DN3 is definitely derivative of those two Donda songs,” he says. “Like, just that smoothness, that feeling, that vibe that I that I was able to give to him for Donda, I’m definitely going all in on it for my project.”

It’s also the vibe he’s been tapping into for the tracks he’s been writing for Donda 2 — Ye’s first sequel album, due out Feb. 22. Ye has given him two notes so far: to sound “more monk-like” and to “simplify” the tracks.

Ye also gave Nas some specific requests for how Donda 2 should feel. Nas pulls out his phone to make sure he captures the instructions he got correctly. “These are the directives for the album: ‘If it cannot be played at a funeral, childbirth, graduation, a wedding, it will not be on our record,’” he says. “We learned a lot from Donda 1. We learned what hit. We learned what was sticking. So we took from there. It has to be able to be played at four major moments in people’s lives. That’s crazy, right?”

Without offering song titles, Nas says he’s particularly excited about one track Ye recorded with the album’s executive producer, Future. “That’s just phenomenal,” he says. He also says Ye has been collaborating with some of the producers who worked on his 2013 Yeezus album, a few familiar names from the original Donda, and one special guest that blew Nas away: “Travis Scott pulled up and played beats for Ye,” he says, beaming.

Both Donda albums have been a learning experience for Nas, who describes his relationship with Ye as an apprenticeship. He originally presented the rapper with a folder of 150 beats; West freestyled over approximately 60 of them. By the time Donda was nearing release, Nas thought four of those tracks would make the track list, but only “Junya” and “Remote Control” made it. “So out of those 60 freestyles, to know that only two made the cut? That made me realize like, ‘Oh, OK. This is one of those playing fields where a lot of thought went into this track list,’” he says. “What I took from ‘Remote Control,’ ‘Junya,’ and even writing on ‘Hurricane,’ it’s like, ‘Take your time with what you make, don’t try to rush into it.’”

It’s been three years since Nas released his DN2 mixtape, and, over the past year, he’s been refining everything he has learned in his apprenticeship for DN3: “New tempo, new bop, new bounce, new drum sounds, new flows that no one has ever heard, new deliveries, new mixing.” He has asked the engineers working on it to make it sound “grungy, analog, almost like the Circle Jerks or Germs,” citing two legendary L.A. hardcore punk bands. “Germs is one of my favorite bands of all time, where it was gritty, but it was punching through.”

The four DN3 tracks he shared with IndieLand feature a mix of otherworldly, blissful synth sounds phasing in and out, reversed drums, and aggressive trap beats. On “Balling Like the Pistons,” Nas sings about how “life is just a test” over coolly serene synths, while on “Way of This World,” he rap-sings “I know material things don’t mean nothing” over funky, squeaky keys with minimal drums. “Running Laps ‘Round ‘Em” pairs spindly horror-movie atmospherics with quick-paced trap drums as he raps, “Fuck Instagram, I’m in real life.”

In recent months, Ye’s opinion has become Nas’ barometer for how DN3 should sound. “With Ye, when you play him music, if he doesn’t move to it, he doesn’t like it,” Nas says. “So if he’s not moving, I just go to the next song, and that’s kind of how I’ve been basing my track listing.”

Recently, though, the process has become difficult — because if Ye likes a track, he wants it for Donda 2. “He doesn’t take it well when you say no,” Nas says, laughing. “You got to give him a reason why.” Nas likens his time so far with Ye to boot camp, or “hazing” in the Army. “It’s almost like going through that phase was like, ‘Oh, this is making me better,’” he says. “So I’m down for it.”

The whirlwind of Nas’ life in the past year has given him a new perspective. Originally, he saw making music as a replacement for therapy; his songs are like diary entries explaining how he feels. And when he compares his 2019 mixtape DN2 with what he has prepared for DN3, he feels good. “With DN2, it’s just like rage, rage, rage, angry at the world,” he says. “This one, I’m not going to lie, it’s more chill.”

He’s also hopeful his music can uplift other people who feel the same fury he used to feel. “My main priority is capturing that skate fan base where I come from,” he says. “I’ve been skateboarding since I was 7 years old. I feel [skaters] are the most troubled. The goal right now is to get these kids on a higher frequency, like staying away from these Percs, these Xans, the lean. Someone who comes from that life has to stand up and be like, ‘Yo, I know y’all think this is cool, but it’s actually killing you.’ I want to do that in a not-corny way. My main goal is to use my influence in the right way.” 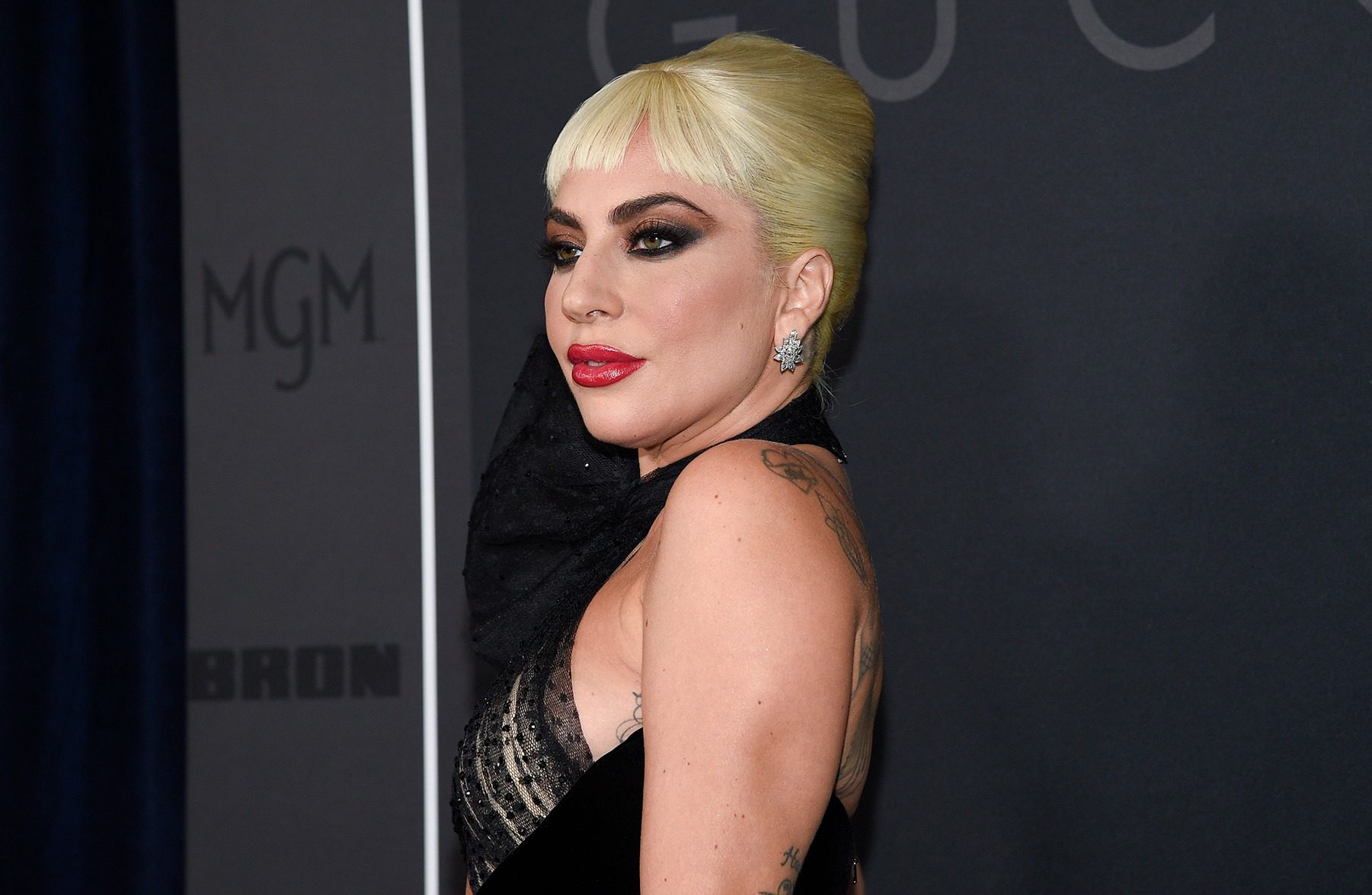 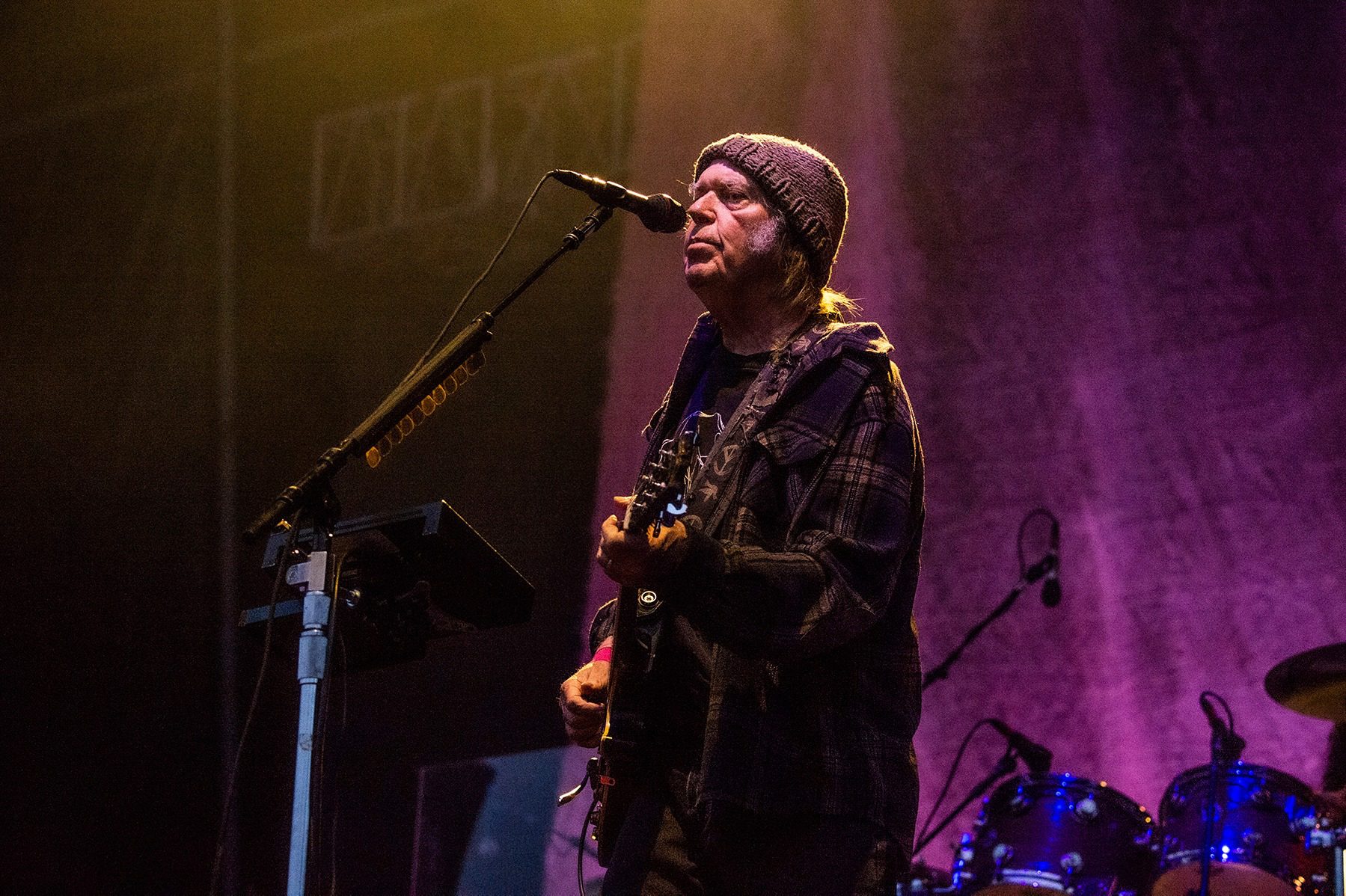 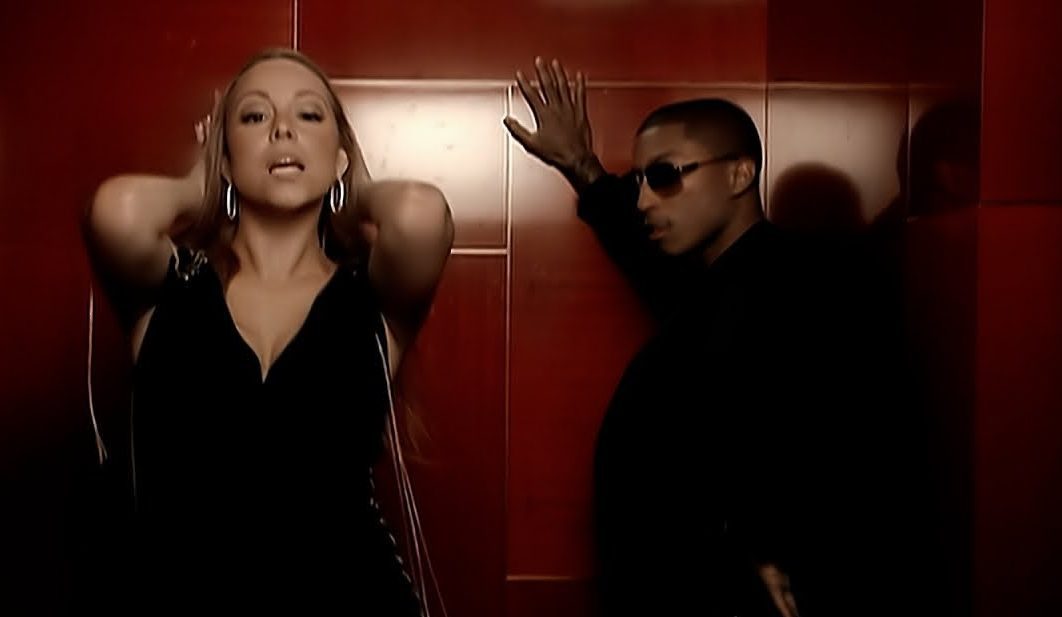 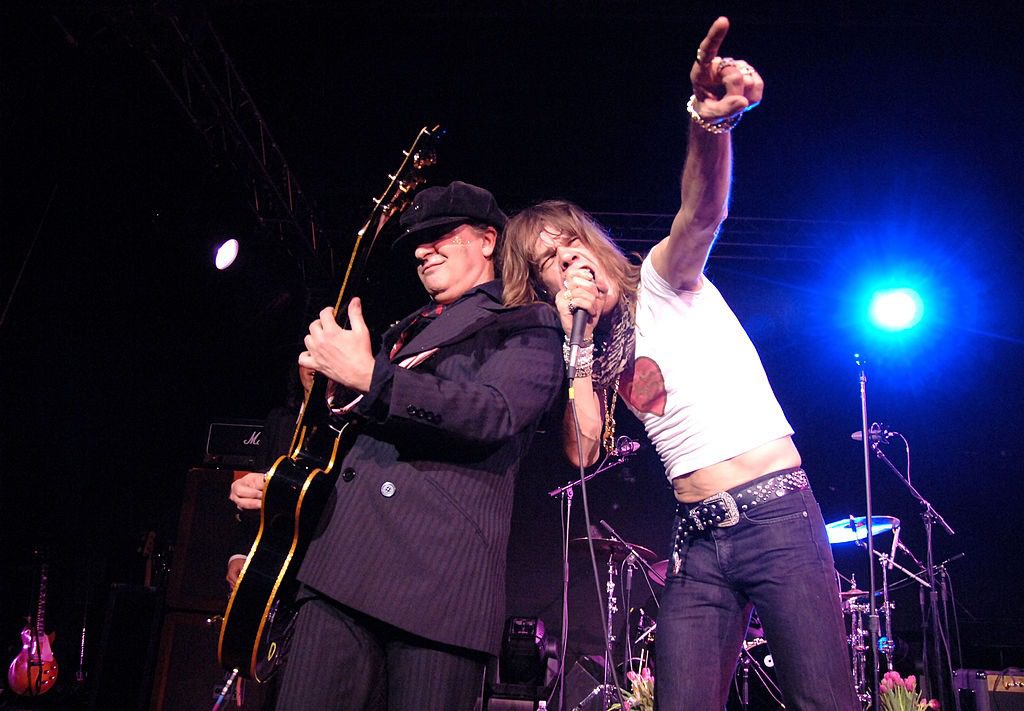 David Johansen on Losing Sylvain Sylvain: ‘I Have a Heavy Weight On My Chest’ 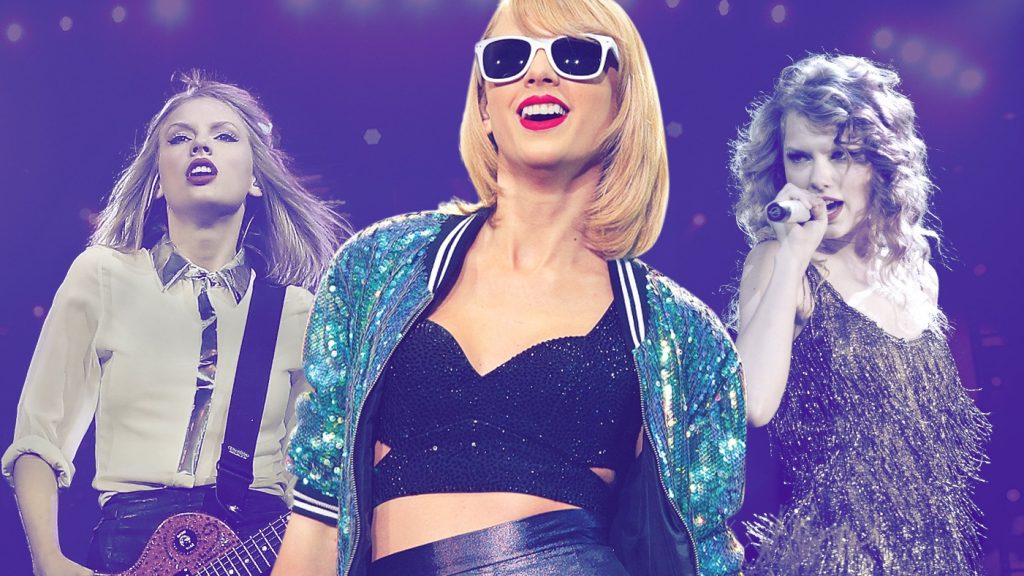 All 173 of Taylor Swift’s Songs, Ranked