One of Lainey Wilson’s early jobs was performing as a Hannah Montana impersonator at birthday parties and county fairs. The native of tiny Baskin, Louisiana, would travel all around the Deep South and run through the musical repertoire of Miley Cyrus’ breakout TV role. Wilson would sometimes “open” for Hannah too — under her own name.

“I’d be like, ‘Can Lainey Wilson open the show?’” Wilson recalls in her thick Southern drawl. “They’d be like, ‘Who’s Lainey?’ I’d be like, ‘The person you hired to be Hannah Montana!’”

Wilson only performs as herself these days, but that drive and unerring belief in herself set her up for a big breakthrough in 2021 when her single “Things a Man Oughta Know” reached Number One on the country charts. A ruminative ballad about emotional intelligence, “Things a Man Oughta Know” was a great showcase for Wilson as a vocalist and songwriter, as well as an appetizer for the classic country sounds of her major label debut, Sayin’ What I’m Thinkin’.

Nashville was more or less always calling to Wilson from the time she became obsessed with writing songs at age 9 — a family road trip that routed them back home through Music City and past downtown’s iconic AT&T tower confirmed it.

“I remember exactly where I was on the interstate,” Wilson says. “I was staring at the ‘Batman building’ and I said out loud to my family, ‘This is home.’ And my momma turned around and was like, ‘Lainey, you’re 9 years old. What are you talking about?’”

When Wilson first moved to Nashville, she lived in a bumper-pull camper that she parked at a studio owned by a family friend. That long three-year period taught her a lot about sacrifices and hard work, lessons she needed for survival in the unforgiving music business.

While “Things a Man Oughta Know” rightly captured the attention of radio, Sayin’ What I’m Thinkin’ demonstrates that the girl from “Loooziana,” as she pronounces it, has plenty more to offer. She worked with producer Jay Joyce (Eric Church) to record an impeccably tight 12-song set that includes gritty appreciations of rugged masculinity (“Dirty Looks”); funky drinking-and-sinning songs (“Sunday Best”); campy humor about country icons like Dolly Parton (“WWDD”); and even a universal statement of joy and sorrow (“Keeping Bars in Business”). It sounded like little else this year, and seemed particularly reflective of her singular, unabashedly Southern personality.

What was the toughest part about your camper-dwelling years?
I had some of the darkest days of my life in that camper. There’s a lot of days I probably should have hooked it up and drove it back to Baskin. I guess I am a little borderline crazy because it never crossed my mind, even on those dark days where I felt like I could not get my foot in the door [no] matter what I did. It wasn’t until year seven that I signed a publishing deal. I kept hearing people say it’s a 10-year town and I’ll be damned, but 10 years and a month is when I had my first Number One with “Things a Man Oughta Know.” But I’ll tell you, when it was super cold in Nashville and my furnace wouldn’t keep up and I’d have to wear coats to sleep, or my propane would run out… I have so many stories. I flooded it one time and my floor started rotting out and I had to replace the floor. You name it, I was on the struggle bus for a while.

Do you still own it?
I don’t have it, but I know who does have it and I’m gonna try to buy it back.

How did you develop your sound for Sayin’ What I’m Thinkin’? What was your vision for the album?
The words that kept coming to my mind were “fresh” and “familiar.” I wanted it to have that throwback sound, but I wanted it to feel new too. I like to call it “bell-bottom country.” It’s finding that thing that makes you unique, and leaning into it. It could be your story, your sound, where you’re from, how you’re raised, how you dress. I kept thinking about those words, “bell-bottom country”…how can we do this? I definitely wanted a bit of Bobbie Gentry vibe, but also the pureness of Lee Ann Womack but also the sassiness of Dolly Parton. I wanted it to feel timeless and classic and, honestly, a little not too perfect.

Were are lot of these songs on Sayin’ What I’m Thinkin’ already written when you began recording?
They were definitely things I had written more recently. At the end of the day, the ones that ended up making the record were the ones that were the most true to me in that moment. But we also decided we were going to base the entire record off of “Sayin’ What I’m Thinkin’.” Every song on the record had to be based off the question, “Am I sayin’ what I’m thinkin’?” It definitely made it a lot easier to pick songs that way. “Things a Man Oughta Know” almost didn’t make the record. It was two weeks before we went in to cut. I kept having this overwhelming feeling that it was supposed to be on there.

That song changed a lot of things for you.
It has. Across the board, I’ve heard from dads who were trying to teach their girls a few things. I’ve heard from single moms. I’ve heard from guys who gave up and got it wrong. I heard from this one lady who was about to go through a divorce and she sent the song to her husband and he heard it and snapped out of it. Now they’re doing better than ever. That’s the power of country music and I’m just so honored that my song was given that opportunity.

In the song “LA,” you define your idea of down-home glamour and sing the line, “When you say LA, I think Louisiana, Lower Alabama, stars up in the sky.” What was surprising to you about moving to Nashville from where you grew up and sounding like you do?
It was the weirdest thing. I was like, “I’m moving to Nashville to do country music.” I figured everybody was gonna sound like me. Turns out, no, I was a fish out of water. That’s how the story came about. I’d meet people and they’d say, “Where in the world are you from?” as soon as I’d open my mouth. And I’d say “LA.” And they’d say, “There’s no way you’re from Los Angeles.”

I read that you’d written “Keeping Bars in Business” after making the tough choice to put your dog to sleep. What did you want to say with the song?
One of my cowriters, his mom had just had a major surgery. The other was on the end of a breakup. And my dog [had] just died. We were talking about how even though we were going through things in life, they don’t stop the world from turning. Somebody right down the road or on the other side of the world is having the best day of their entire life. They could be getting married, graduating college, whatever. With the exception of 2020, we’re all keeping bars in business, whether we’re celebrating or our hearts are breaking. 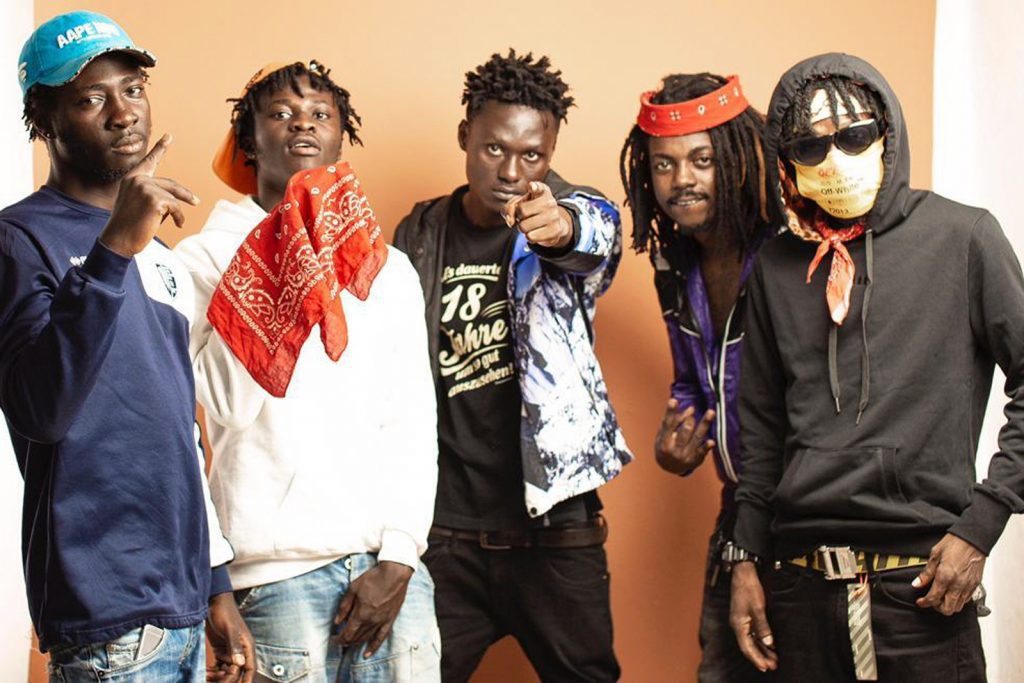 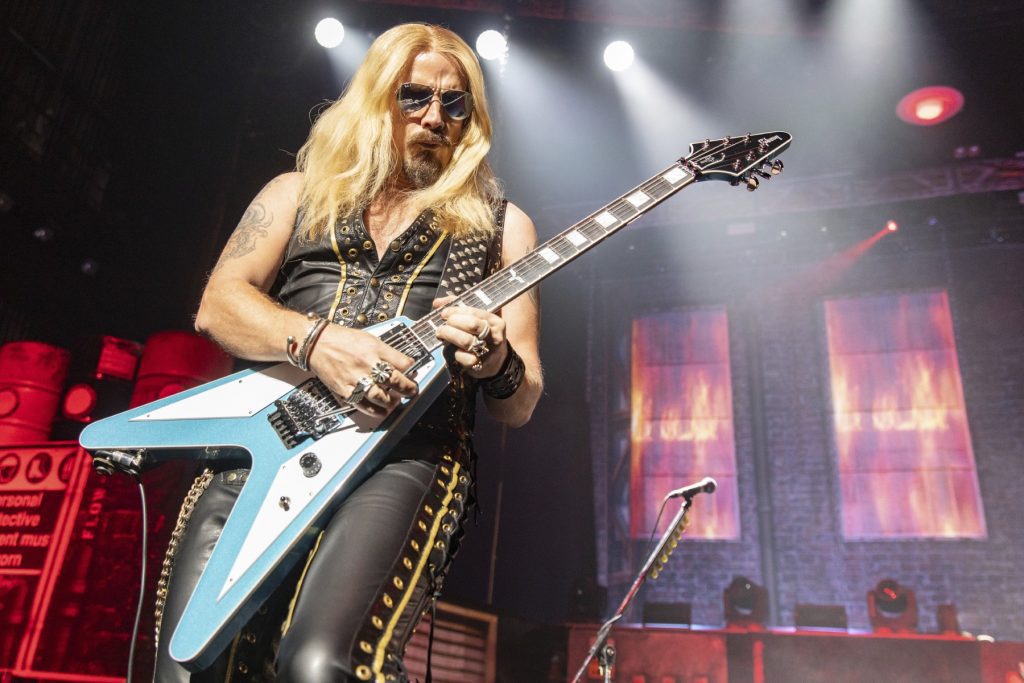