When producer T Bone Burnett’s soundtrack to the Coen Brothers’ 2000 film O Brother, Where Art Thou? was released 20 years ago this month, it launched a roots-music boom. Many artists on the album — from new traditionalists Gillian Welch and Alison Krauss to bygone legends like Ralph Stanley — saw boosts to their careers, while package tours of old-timey music, like Down From the Mountain, sold out around the country.

Most importantly, the unlikely success of the soundtrack, which placed Jimmie Rodgers-era country-blues (“In the Jailhouse Now”) alongside stark mountain spirituals (“O Death”) and Mississippi fiddle tunes (“Indian War Whoop”), helped establish a commercial audience for roots-leaning music — an audience that persisted, evolved, and grew as Americana solidified into a genre.

But the O Brother soundtrack also reinforced myths and misconceptions around roots music, hardening its borders against anything that sounded too contemporary or dared to kick against the idea that primitive sounds were synonymous with authenticity. Under this framework, artists who refused to color within those lines, then, were seen as less “authentic” than their peers and didn’t receive the same commercial O Brother bump.

Chris Thomas King had been running away from this idea of rural primitivism for most of his career when the Coen Brothers cast him in the O Brother role of country-blues picker Tommy Johnson. The son of Sixties swamp-blues musician Tabby Thomas, King spent his life clashing with “the Blues Mafia,” his name for the group of predominantly white cultural arbiters in the blues community who insisted that King — a singer-songwriter interested in fusing the blues with hip-hop and electronic music — should remain a vernacular folk musician.

It was “this fairytale that they had created about what the blues was supposed to be,” King says of his artistic struggles in the Eighties and Nineties, “some kind of primitive expression of a primitive people.”

By the time he was called in to audition for Joel and Ethan Coen’s film about fugitive prisoners who masquerade as a popular singing group, King was ready for a change. “I’d been thinking that I’m going to try to find my way into film, because I’m frustrated with this blues genre,” he tells IndieLand. King viewed the role of Tommy as a freeing way to inhabit a musical character that shared little to nothing with his own artistic identity. The day before King arrived on set, he cut off his dreadlocks.

But King’s role in the film ended up manifesting everything the artist had been trying to avoid. He was immediately mistaken for a bluesman at best, and specifically Tommy Johnson at worst. “As an artist, I’ve tried to make sure that that character and me were not the same person,” King says. “Most people didn’t get that.”

The story of O Brother’s influence on roots music is not simply a story of a big bang moment that birthed Americana, although it certainly was that. It is also a story about how the Coen Brothers and T Bone Burnett’s playful archivist collaging of various styles and genres became folded into a hybrid musical community meant to represent — however vaguely — rural authenticity. It is a story about confusing Tommy Johnson with Chris Thomas King.

Much of the past 20 years of commercialized roots music can be traced to the resounding success of Burnett’s soundtrack, which was certified eight-times platinum and beat out Outkast, U2, India.Arie, and Bob Dylan for the 2002 Grammy Award for Album of the Year. The album went on to shape the musical directions of artists as varied as Mumford & Sons, who cited the record as a foremost influence, and the DJ Avicii, who enlisted the soundtrack’s “Man of Constant Sorrow” vocalist Dan Tyminski for his 2013 global chart-topper “Hey Brother.” Even Bruce Springsteen was smitten, adopting Alison Krauss’ haunting “Down to the River to Pray” as his tour walk-on music.

The bluegrass musician Krauss was one of a number of next-generation traditionalists whose profiles rose in the soundtrack’s wake. Old-time music enthusiasts previously seen as fringe, like Gillian Welch, suddenly had a mass audience. Welch’s career took off when she released her breakthrough opus Time (The Revelator) in 2001, right on the heels of the success of O Brother.

“O Brother…is basically my record collection cherry-picked and turned into a soundtrack,” says Welch, who contributed a pair of performances to the album. “After O Brother, what happened was my kind of weird freakish musical existence became this little tributary that fed into the mainstream. And over the course of a couple years, and now, a couple decades, it has not really gone away. I’m not so much of a freak anymore. I haven’t really changed. Dave [Rawlings] and I, we still just sit on the sofa singing Stanley Brothers songs. That’s what we do! But the world kind of changed around us.” 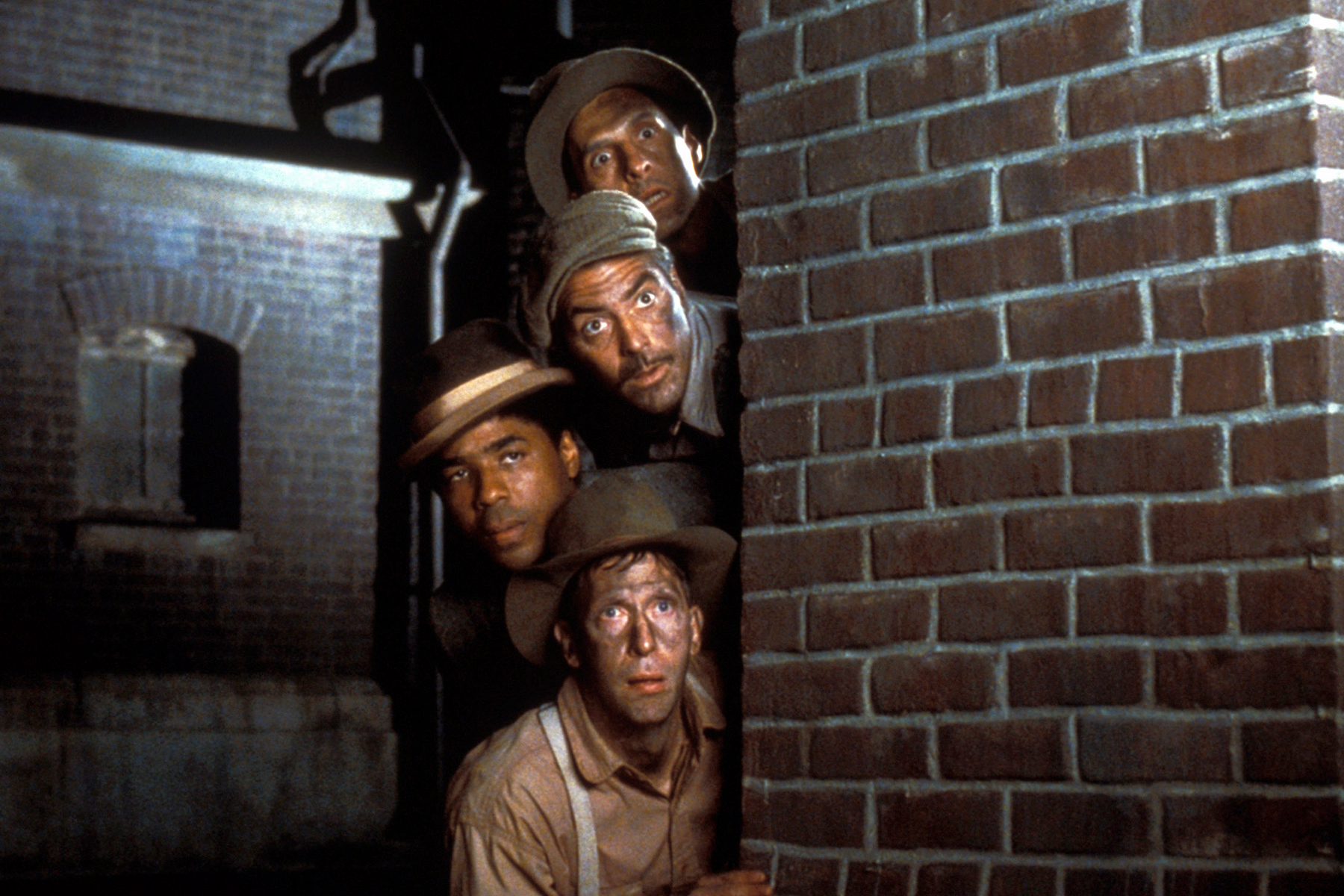 The film’s influence had serious legs. As late as 2004, a full four years after the movie and soundtrack’s release, concert tours like the Great High Mountain Tour were still directly drawing off the O Brother old-time music fad, traveling the country with roots acts like Union Station, Sierra and Cody Hull, and Olabelle. By that time, likeminded bands such as the Avett Brothers and the Lumineers were growing their audiences too, and the soundtrack’s long-tail success broadened the commercial opportunities of Americana music.

“O Brother opened that door to move very left-of-center music. If it’s roots, bluegrass, string, acoustic folk music, it very quickly brought it to the mainstream,” Scott Robinson, CEO of the Nashville label Dualtone (home of the Lumineers) said in October, during a 20th anniversary O Brother, Where Art Thou? virtual event at the Nashville Film Festival. “There hadn’t really been a space for it until O Brother kind of opened the door.”

The door didn’t remain open long for King. As the sole contemporary artist of color on the soundtrack (legendary gospel group the Fairfield Four and the vocal group of Mississippi inmates, James Carter & the Prisoners, also appeared), King was also the only musician to be given a high-profile acting role in the film. In the short-term, his career took off “like a goddamn rocket,” he says. He started getting recognized in airports. But unlike Welch and Krauss, who maintained their momentum, King faced several years of frustration and false starts once the immediate rush of O Brother and its Down From the Mountain Tour subsided.

He landed another acting role, in 2004’s Ray Charles biopic Ray, but ended up self-releasing albums like 2002’s Dirty South Hip-Hop Blues, bewildered that he couldn’t gain a label’s support. “You’re number one at the box office, number one on the Billboard chart, you’ve sold practically ten million albums, and there’s no record company out there to make a deal with you? Nobody? Anybody?” he says. “With O Brother, it’s not that I didn’t gain momentum and a whole new audience, because I did. But I didn’t get the industry support. Whatever I got, it was on my own.”

At the core of King’s post-O Brother funk was the same problem he’d tried to avoid earlier in his career: The singer-songwriter wanted to be genre-bending Chris Thomas King, but the industry demanded someone traditional like Tommy Johnson. The movie only left him more saddled with the expectations of imagined rural authenticity, which limited and dictated his own artistic ambitions.

That mistaken impulse to position American roots music as primitive folk expression has always affected, minimized, and pigeonholed artists of color and their accomplishments far more than their white peers. It helps explain how Robert Johnson, fluent in multiple genres, was distilled and mythologized as a devil-cursed blues savant; why Booker T. Jones, a classically trained pianist steeped in musical theory, came to serve as shorthand for the raw grittiness of Memphis R&B; and why Alabama Shakes, a thoroughly contemporary band with a black female singer, were promoted as backwoods soul purists at the beginning of their career.

Arguably, those recurring myths of authenticity and musical primitivism are O Brother‘s most lasting influence on Americana music. The soundtrack was packaged as pure rural expression — “bona fide,” in the words of Holly Hunter’s character Penny. It’s ironic considering the movie’s storyline: how the Soggy Bottom Boys’ pop rendering of the folk standard “Man of Constant Sorrow” becomes a commercial smash.

“O Brother depends on the songs of some wonderful commercial artists who have built careers in Nashville, Los Angeles, and New York by singing about issues with deep personal relevance in the here and now,” Benjamin Filene, the author of a book called Romancing the Folk, wrote shortly after the film’s release. “Yet Down From the Mountain is the title of the live concert album that followed the soundtrack, implying that the mainstream commercial artists on the album had just trekked out of the hills down to Nashville’s Ryman Auditorium. The liner notes to the soundtrack itself play into the same myth of a foreign world: ‘There is another Nashville, with a kind of music so distant from what the city’s commercial center cranks out as to be from a different planet. It thrives in the community’s nooks and crannies like a cluster of quietly smiling mountain wildflowers.’”

From the get-go, Filene was wary of what the soundtrack’s mainstream appeal might mean for roots music in decades to come. “The danger is that folk culture…becomes just one in a series of fashion products that savvy consumers of global culture try on and discard,” he wrote. “Roots becomes another brand, ‘authenticity’ another accessory.”

In the case of Chris Thomas King, it was an accessory he didn’t want to wear. When he began shopping new music in the years after O Brother, Where Art Thou?, he says not a single label in Nashville was interested in the way he was updating the blues with modern sounds. “When they heard it,” he says, “it wouldn’t align with their idea of what was happening on the silver screen. They were expecting some kind of acoustic folk thing.”

In other words, something “authentic.”