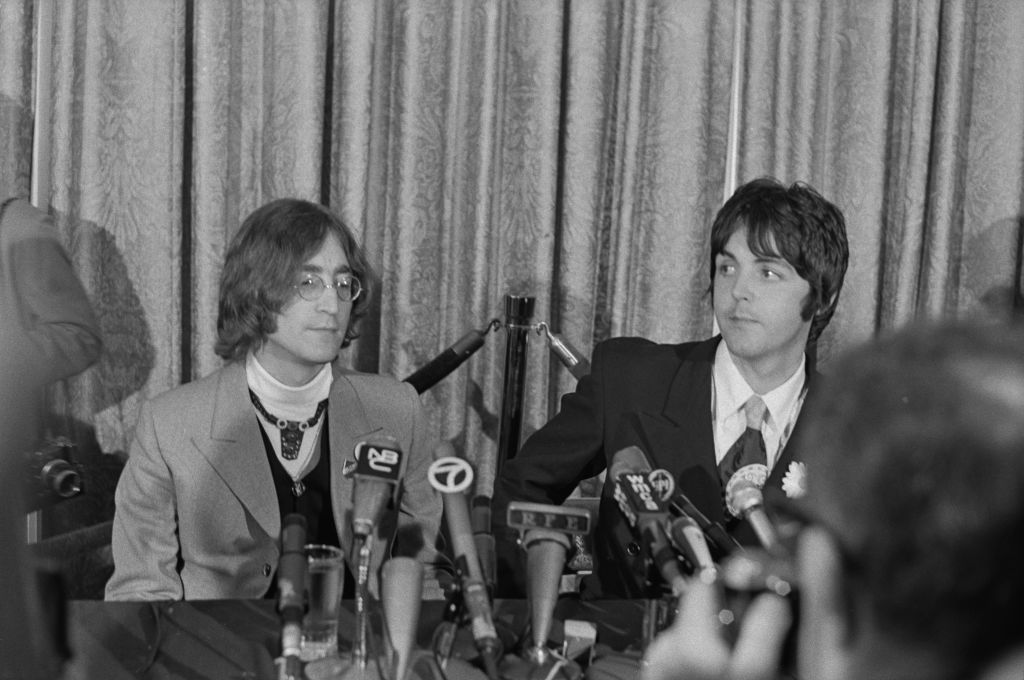 Paul McCartney discusses the breakup of the Beatles and says John Lennon “instigated” the band’s split in an upcoming interview with BBC Radio 4.

Over 50 years after the Beatles’ disbanded, McCartney is still often cited as the root for their breakup because he revealed in an April 1970 “self-interview” that he was on a “break” from the Beatles. (“Do you foresee a time when Lennon-McCartney becomes an active songwriting partnership again?” PAUL: “No,” the press release stated.)

However, speaking to BBC Radio 4’s John Wilson (via the Guardian), McCartney comes clean about the breakup, saying that the band had already split prior to his announcement. “I didn’t instigate the split. That was our Johnny,” McCartney says. “I am not the person who instigated the split. Oh no, no, no. John walked into a room one day and said I am leaving the Beatles. Is that instigating the split, or not?”

The Beatles kept the breakup quiet so their then-manager Allen Klein — who McCartney refused to align with — had to tie up loose ends business-wise. “So for a few months we had to pretend,” McCartney told Wilson. “It was weird because we all knew it was the end of the Beatles but we couldn’t just walk away.”

McCartney added, “I had to fight and the only way I could fight was in suing the other Beatles, because they were going with Klein. And they thanked me for it years later. But I didn’t instigate the split. That was our Johnny coming in one day and saying ‘I’m leaving the group.’”

The bassist also claims that he preferred the band had stayed together as they were still creating “pretty good stuff.” “This was my band, this was my job, this was my life, so I wanted it to continue,” McCartney says in the BBC Radio 4 interview, ahead of the Get Back docuseries that will likely put the Beatles’ final years back under the microscope.

IndieLand’s 2009 cover story on “Why the Beatles Broke Up” digs further into the details of the split, and while all members played a role in the band’s demise, it was ultimately Lennon who ended the Beatles

“I started the band, I disbanded it. It’s as simple as that,” Lennon once said, as noted in the cover story. McCartney added at the time of the split, “Ringo left first, then George, then John. I was the last to leave! It wasn’t me!”

DaBaby Apologizes to LGBTQ+ Community — After Being Dropped From Five Fests