When Miranda Lambert walked offstage at Denver’s Pepsi Center on March 2nd of 2020, it marked the last time she would perform in front of paying fans for more than a year. That dry spell came to an end last week when Lambert played her first three of five scheduled indoor concerts at Billy Bob’s Texas in Fort Worth.

A cavernous 100,000-square-foot space, Billy Bob’s has become a live-music institution in Texas since opening in 1981. Willie Nelson, Garth Brooks, and ZZ Top have all performed there. Johnny Cash, Chuck Berry, and Bob Hope once headlined a New Year’s Eve party at the club. And in the coming days, artists like Thomas Rhett, Gary Allan, and Lynyrd Skynyrd will take the stage as part of the honky-tonk’s ongoing 40th anniversary celebration — even as the Covid-19 pandemic remains a threat. While nearly 10.7 million of the state’s 29 million residents have received at least one dose of a Covid-19 vaccine, the Texas Department of State Health Services reported 1,390 new cases and seven deaths on Monday.

“I got the call about Billy Bob’s wanting to do a few nights and I didn’t even think twice. I’m ready to roll. I’m ready to play. I’m ready to come home and play,” the Texas native told IndieLand during an interview for an upcoming story about The Marfa Tapes, her new album with fellow Texans Jack Ingram and Jon Randall.

Any nerves Lambert may have had were more about shaking off the rust than performing in a packed club during a pandemic.

“I’m a little nervous, because I haven’t played…. I played one private show in August and that was my only show in over a year,” she says. “What better place to get your feet wet a little bit than home. My mom bought 44 tickets just for my family and friends on [opening night], and they’re sitting in the front row. She’s like, ‘If you melt down, we know the words, don’t worry.’ I can’t think of a better way to jump back in there.”

Lambert needn’t have worried about forgetting lyrics. During her performance of “The House That Built Me” last Thursday, the audience — seated at long communal tables on the club’s main floor — all but sang the nostalgic ballad for her, moving Lambert to tears.

Despite Governor Greg Abbott’s decree in March that Texas was “open 100 percent,” Billy Bob’s — like other venues around the state — continues to operate at a reduced capacity. The 6,000-capacity club put 3,000 tickets on sale for each of Lambert’s shows; all sold out. A message on Billy Bob’s website reminds patrons of their civic duty: “All guests must be responsible for their personal safety and the safety of others.” Mask wearing is encouraged, but not required, and temperature checks are conducted at the door.

“It just kind of seemed like going from holding a girl’s hand to marrying her in the span of an evening,” Duddy says of the governor’s rush to not just loosen but drop Covid restrictions across Texas. “Billy Bob’s could have easily just been like, ‘Alright, we’re going on sale at one hundred percent capacity!’ And they didn’t. I think that as long as people are taking it upon themselves to be as safe as possible and doing the things that you feel comfortable doing, then you are making the right decision.”

Thomas Rhett kicks off his five-show run at the venue on May 6th and is bolstered by both the club’s safety protocols and rising vaccinations across the state, where anyone over 18 can receive a shot. But he admits he had some initial reservations about performing indoors during the pandemic.

“How can you not?” Rhett tells IndieLand. “Obviously, safety is the first thing for everybody. When they started to book a bunch of different artists and they had a plan in place on how to execute that, it was something I felt like was a good move. Especially getting to watch Midland do it a couple weeks ago, and especially with a lot of people getting vaccinated, it feels like we’re moving toward that more normal pattern of life. Obviously, the virus is a very real thing, but I think with all these health experts coming out and talking about all this stuff, I feel like we’re definitely moving in the right direction.”

Marty Travis, the general manager of Billy Bob’s, considers the concerts he’s put on so far to be a success for the venue, the artists, and the guests. He says Billy Bob’s hasn’t been a “hot spot” for Covid outbreaks and is planning to increase the club’s capacity from 3,000 to 3,500 in June for shows by Lynyrd Skynyrd and Brantley Gilbert. He’s targeting 4,000 by August.

“If we can just dodge this for a couple more months and the vaccine really outruns the cases, then we come out of this smelling like a rose,” says Travis, who received his second dose of the vaccine earlier this month and hopes his fellow Texans do likewise. “There’s no reason anybody shouldn’t get it. There’s just no reason to not be respectful of your fellow man.”

But Travis also admits that patrons, exhausted after months of restrictions, are raring to go. Photos and videos of Lambert’s and Midland’s recent shows at Billy Bob’s depicted a raucous, tightly packed main floor. “In Texas now, it’s almost like nobody cares anymore,” Travis says. “And we don’t enforce social distancing, we just offer it. There’s plenty of room for people to get around. But most people when that show gets started, they want to be as close as they can be.

“I get up and intro the shows every night,” he continues. “I tell people, ‘Look, you have a choice. If you choose to wear a mask, we respect you for that and appreciate your effort. If you choose not to wear masks, we support you for that as well.’ And the crowd goes crazy when you say ‘no mask.’”

Matt Graham, Midland’s manager, didn’t see many fans wearing masks at Billy Bob’s at the Midland show he attended, but he says the concerts demystified the idea of playing indoors during Covid. They’re an example that indoor shows can happen at this stage in the pandemic, especially if band members and crew are vaccinated. (Midland are.) Graham says fans have to gauge their own level of comfort and risk.

“My principal concern has been what is the band comfortable with and how do we make sure that the fans are aware of the logistics of what’s happening at the show,” he says. “At the end of the day, anyone going to a Midland show is a grownup. We all lived through this pandemic for over a year now and we understand the risks. We understand how this thing spreads. People are able to assess at this point if this is for them. That’s different than last summer, where we really didn’t know how it all worked.”

He says artists like Lambert, Rhett, and Midland are choosing Billy Bob’s to make their live indoor return for reasons both practical and financial: It’s a combination of Texas reopening before other states, the crowd’s willingness to let artists work out the kinks, and the cost effectiveness of the venue itself.

“You don’t need an arena setup to go in there. And they do so well at the bars that they can pay really healthy fees to these artists. It’s a really nice fit for Miranda or Thomas where they can go down, get compensated in a small room for them, and everybody wins,” he says.

When Billy Bob’s reopened late last summer and began hosting shows by Texas artists like Flatland Cavalry, Randy Rogers, and Koe Wetzel, the concerts seemed like a regional phenomenon. But the February announcement of Lambert’s residency, with Rhett’s following shortly after, indicated national stars were also willing to test the waters. Now, the honky-tonk looks like it was ahead of the curve. In just the past few days, Luke Bryan, Dierks Bentley, and the Cadillac Three have all announced a return to indoor shows, both in clubs and arenas.

On Friday, Thomas Rhett will release his new album, Country Again. He views his Billy Bob’s residency as a way to debut new material and clear out the cobwebs, but also a chance to move forward — however tentatively. “A lot of us artists are pretty rusty at this point,” he says. “It’s our first step back into what seems remotely normal.” 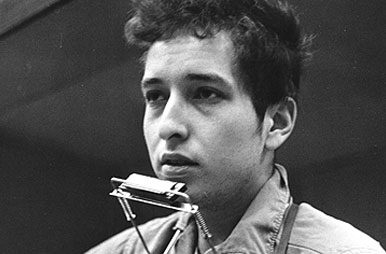