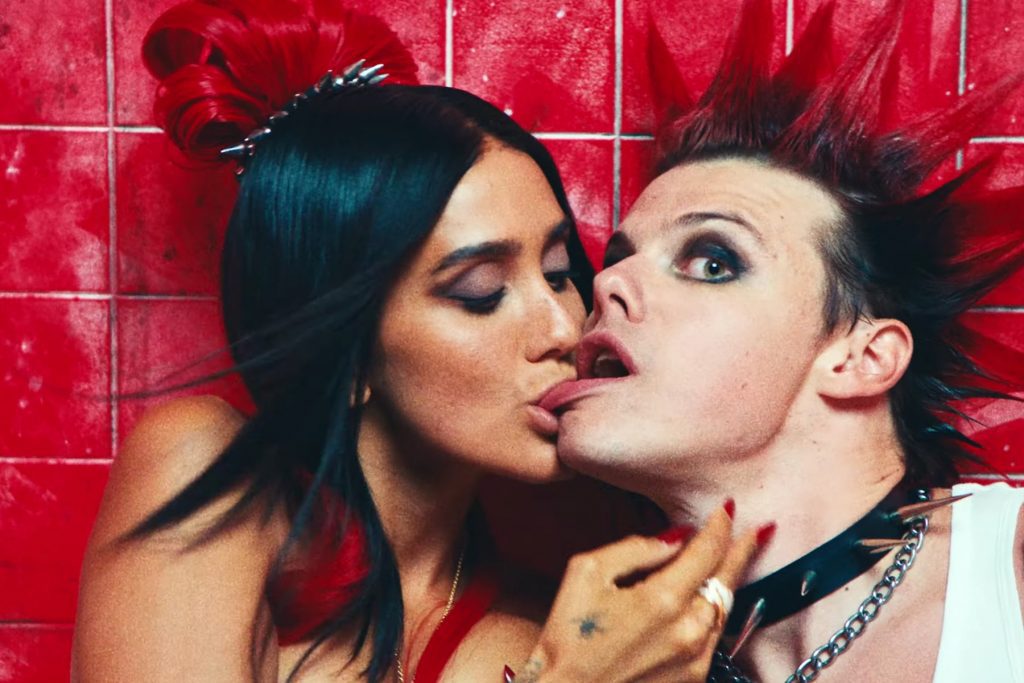 Yungblud has released a high-octane music video for his song “Strawberry Lipstick.”

Taking cues from Brit punks of yore, the spiked-hair Yungblud dresses up in a Union Jack dress, dances around a vibrant red set, shreds on guitar, screams at the camera, swings punches around a boxing ring and lets himself be led around on a doggie leash by singer-songwriter Jesse Jo Stark.

“Take it easy/Take it easy on me!!” Yungblud belts, while holding up a portrait of the Queen herself with a strawberry shoved in her mouth. The chaotic visual was directed by Christian Breslauer (Roddy Ricch, Tory Lanez, Marshmello).

The last we heard of Yungblud, the 22-year-old artist was quarantining with three friends in Los Angeles, where he filmed a low-budget video for his COVID-themed song “Weird!” He also launched a YouTube Originals series titled Stay Home With Yungblud.

Yungblud was set to perform at both weekends of Coachella before the festival was postponed due to the ongoing pandemic. His North American headlining tour was also postponed. He is currently working on a new album as well as another YouTube series, The Yungblud Show, which will feature special guests and live performances from the star and his friends. 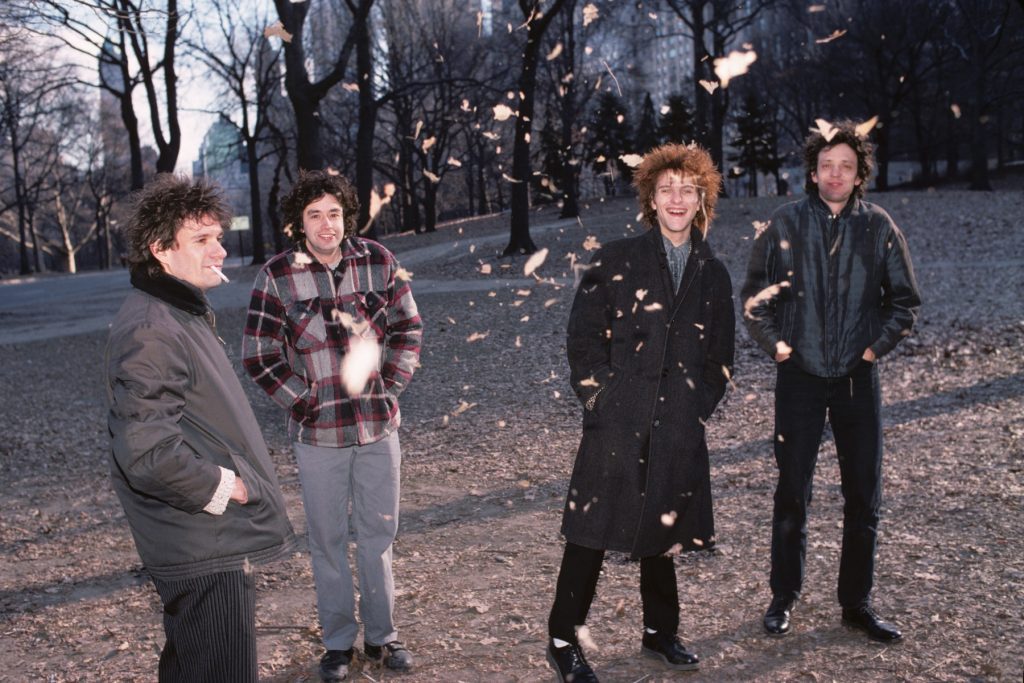 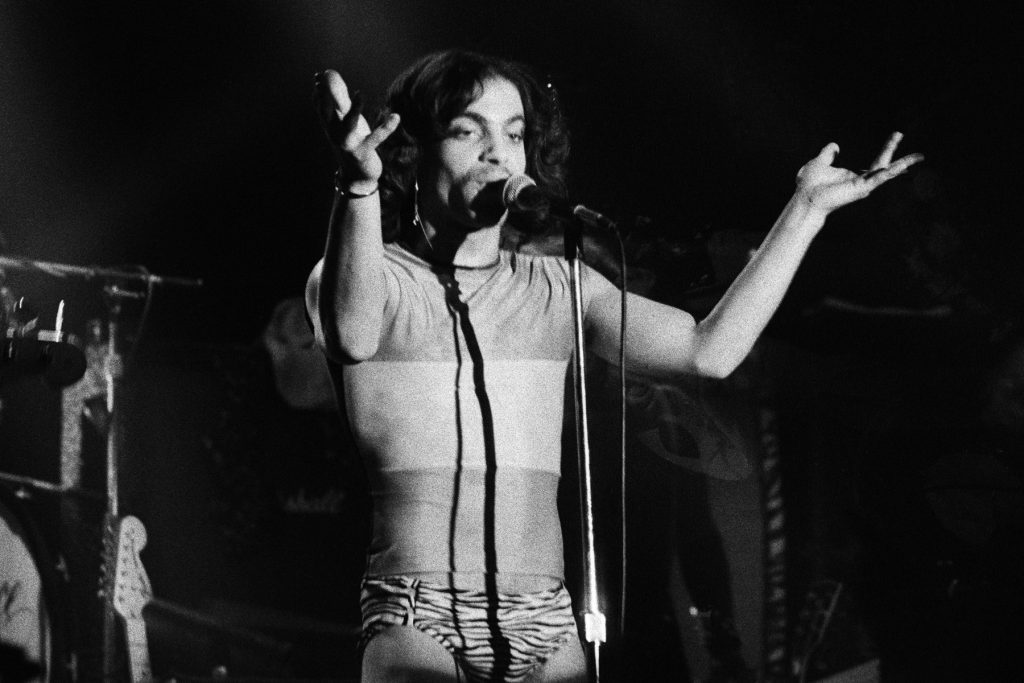 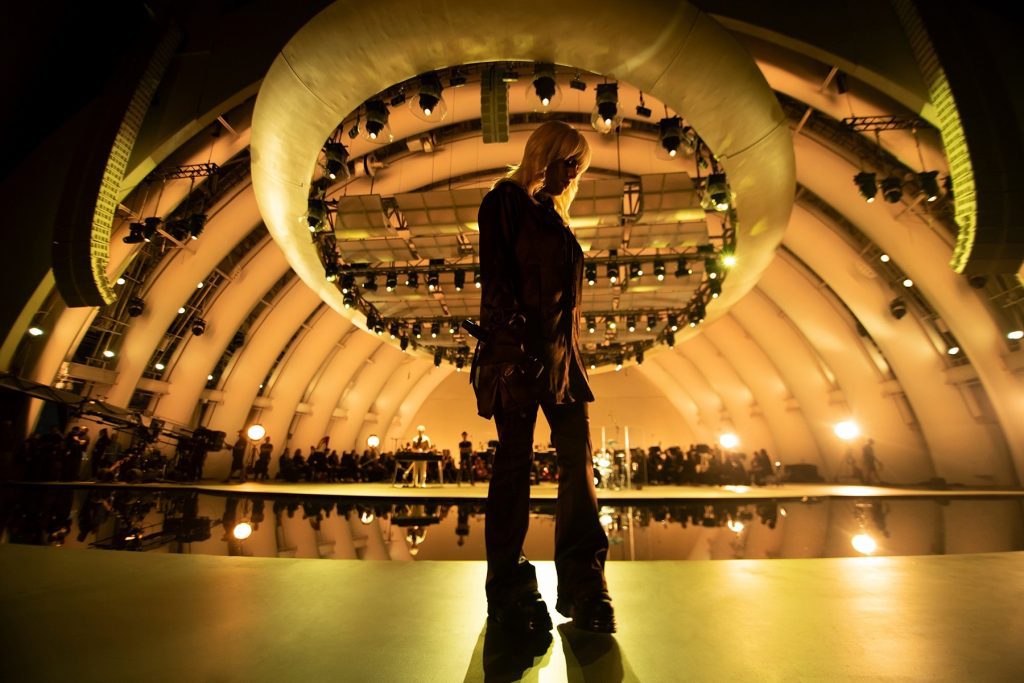 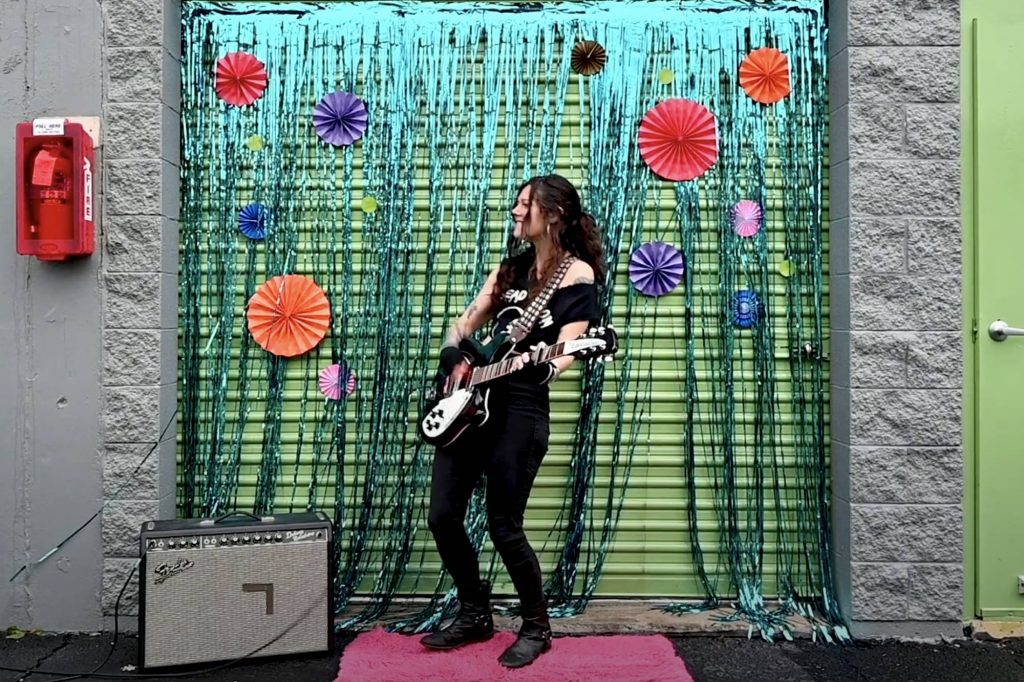 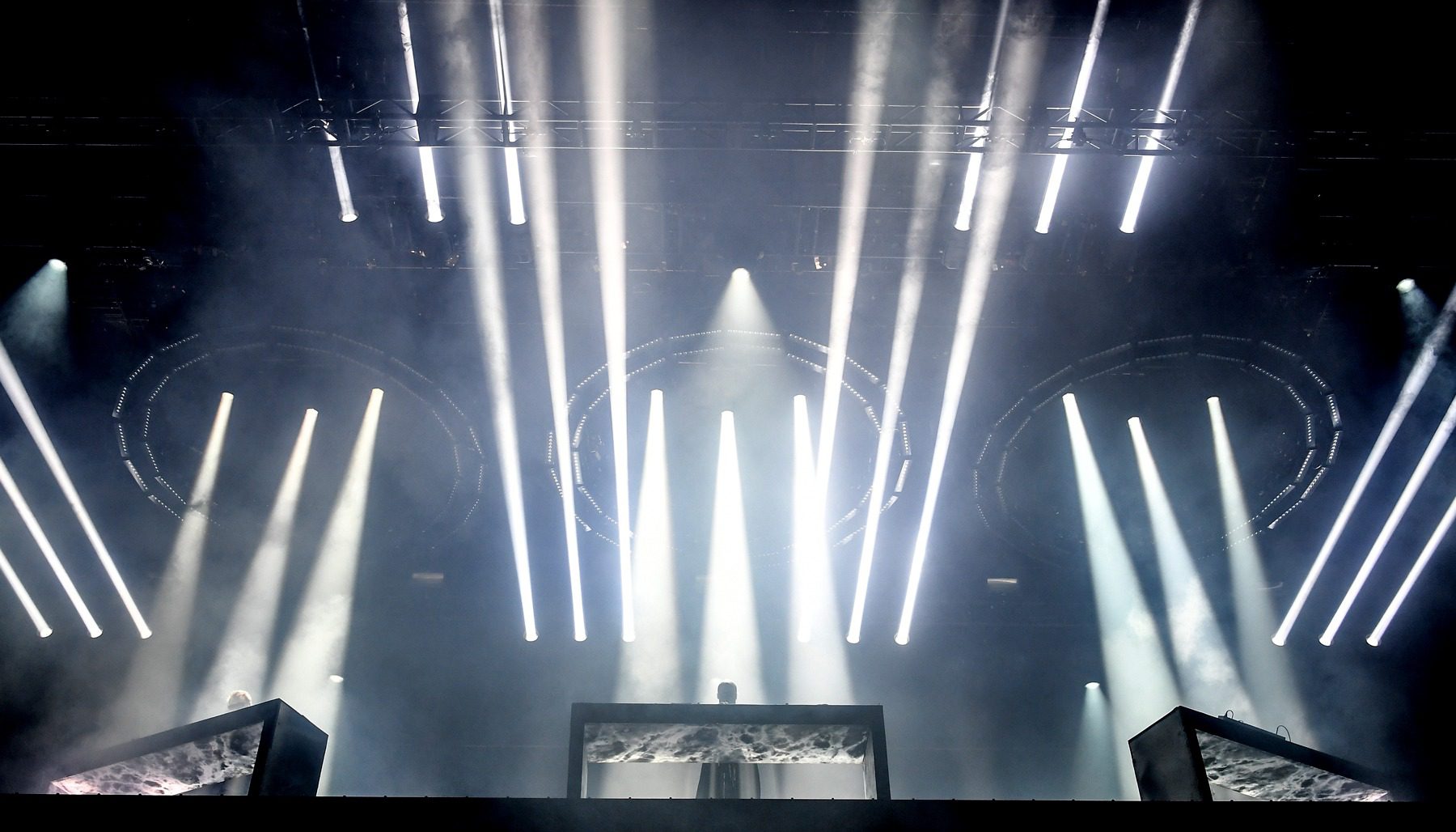