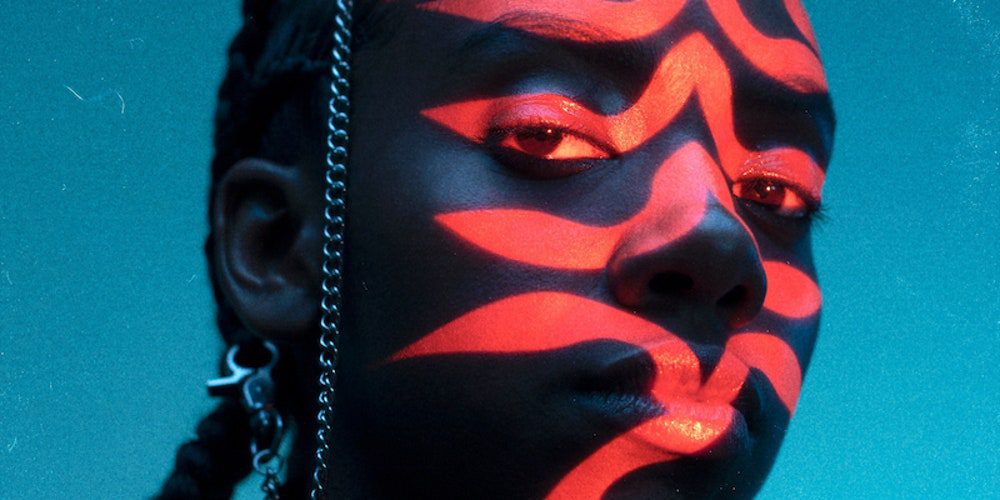 Dua Saleh is terrified of being tokenized. The 25-year-old Minneapolis-based artist holds identities that people tend to poke, prod, and fixate on: immigrant, refugee, Black, Muslim, activist, non-binary. They boldly engage with these facets of themself in their music anyway. They’ve sung in Arabic. They’ve released an ode to Black victims of murderous cops, promising the song’s proceeds to a radical hometown organization. Their new EP, Rosetta, is named for Sister Rosetta Tharpe, the oft-forgotten architect of rock’n’roll who straddled Christian and secular spaces, though Saleh finished recording before choosing the name. Only in hindsight did Saleh consider Tharpe’s style and story, particularly her failed romantic relationship with collaborator Marie Knight. But the artist reserves their sharpest criticism for the religious zealots who demonize queer people.

Rosetta doesn’t relay queer life with the sort of warm, danceable tracks that bookended Saleh’s first release, Nūr, whose breakout single “Sugar Mama” described a romantic prospect who seemed to fetishize Saleh, too. Instead, Nūr’s harrowing “Survival” may be Rosetta’s clearest predecessor. On that eerie track, Saleh wrestled with the devil and tried to clear their name. On Rosetta, Saleh embraces sin, addressing it directly. “I know you,” they tell it on “windhymn.”

Hoping to satirize the belief that queer people are destined for fire and brimstone in the afterlife, Rosetta features archetypally nefarious queer characters over haunting soundscapes by the EP’s executive producer, Psymun. Saleh is the victim of a lusty enchantress on “umbrellar,” a sexual aggressor on “smut,” and, most memorably, a Hadean slick-talker named Lucifer LaBelle on “hellbound.” The song twists Rosetta’s hip-hop cadences, pop elements, and rock thrashes into a whirlwind of chaos. It is the project’s thesis, combining musical elements that appear throughout: a creeping, skeletal melody that builds into nightmarish distortion, accompanied by Saleh’s steady flow and the light, long sound of their singing, like they’re casting a spell. As Lucifer LaBelle, a brash queer and trans figure who takes pleasure in seduction, Saleh conjures the underworld without actually condemning anyone to it. “Why you fucking hellbound?” they ask instead.

In interviews, Saleh has not been coy about Rosetta’s aims and subtext, which is important, because their writing is often so abstract it could feel meaningless without explanation. They got their start in poetry, writing dark pieces that worried their teachers. Like challenging, personal poetry, Rosetta’s lyrics are heavy on imagery, but the images are disparate and rapid. On intro “cat scratch,” Saleh summons a bloody cheek, dank air, flowering plants, and a toothless raptor within 30 seconds. Sometimes, Saleh’s accessibility is strategic. “smut” ends in soft Arabic warbling that they’re reluctant to translate to English, preferring to reserve an element of their music for a fanbase that can recognize it.

What Saleh and Psymun do best is communicate by mood. “cat scratch” feels unorganized, but there’s a sharpness to its text. Throughout Rosetta, the team creates intrigue and darkness without camp—but without Saleh saying so, the satirical embodiment of religious spite is often unclear, even on “hellbound.” Saleh’s coded lyrics present their vantage point without compromise or commodification, but listeners may still find their ideas difficult to parse. The hexed feeling of the music strikes a nerve, but the tape’s true villain—institutional hate—remains obscured. Luckily, Dua Saleh is an astute and generous guide.

Listen to “Spotlight” by Jessie Ware