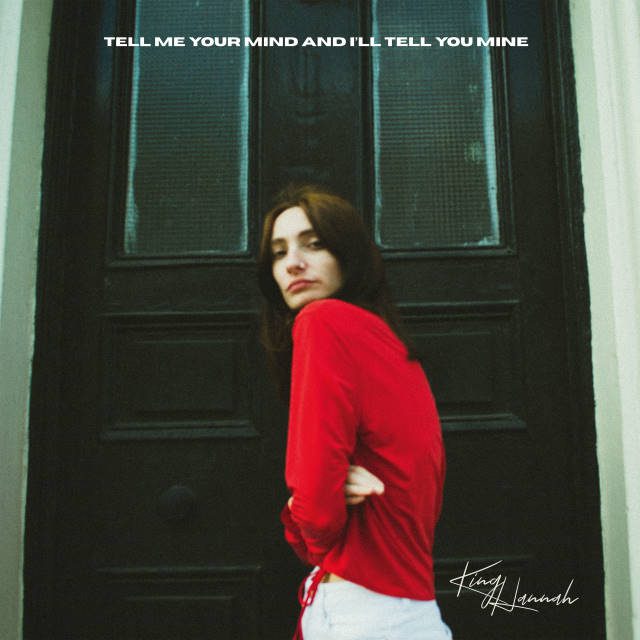 Recently formed Liverpool band King Hannah, with the dual driving force of Craig Whittle and Hannah Merrick, will be releasing their debut EP ‘Tell Me Your Mind And I’ll Tell You Mine’ on City Slang on 20th November. ‘Meal Deal’ is the second single to be released from the EP.

Fading in atmospherics immediately, joined by Hannah’s haunting vocal, creates a tantalising introduction. It builds in sound, power and intensity with a satisfying pay off.

The sound King Hannah produces on this song in particular has a distinct Slow Western/Death Valley Rock feel about it. Craig Whittle puts in some solid guitar work and towards the end give us an effortlessly sounding solo with more than a nod to some of J Mascis’ earlier work.

Hannah Merrick has a great depth to her voice and here she delivers a slow, meaningful, deliberate drawl like Saint Agnes’ Kitty Austin or early PJ Harvey.

Coming in at a Whopping 7 minutes 50 seconds, do not let this put you off.  The song pulls you in and takes you subconsciously away to somewhere where time no longer matters and it is over before you know it.

Overall, I thoroughly enjoyed this journey King Hannah took me on, and whenever they want to take me somewhere else with them, then they do not have to ask me twice. I will gladly pay my fare and go.

Listen to “The Neverending Story” by Jay Electronica